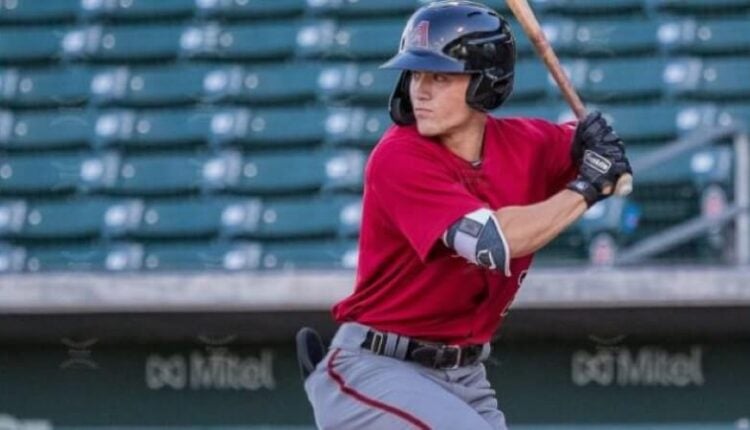 Now that we are over a third of the way through the Minor League season, this feels like a good time to look back at the series I posted before the year began. I investigated hitting prospects from a scouting perspective and tried to identify players whose stock would get elevated if they improved their weakest link. Scouting grades won’t tell you the entire picture, and they can sometimes be misleading until more information becomes available. But they are a tool for identifying prospects with similar skill sets. Once we’re able to conclude a player has a good hit tool and speed, we can then keep a close eye on the development of their power. The overall goal of this process is to identify players with the potential to become well-rounded fantasy assets capable of producing in each category.

The prospect world is a fast-paced and constantly evolving puzzle to piece together. We are still relatively new to the entire dynasty experience, and how players are ranked, valued in trades, and evaluated for fantasy purposes is still being transformed over time. The prospect coverage is at an all-time high, but there are still plenty of opportunities for avid players to excel by being ahead of the curve. There will likely never be a consensus on prospect lists, and I suppose that’s only natural with so many players to evaluate. Looking at players at different ages, levels, and skill sets will always leave room for debate.

But there is little argument that the players I will highlight today have improved the weakest link in their already fantasy-friendly profile. Each prospect is taking the early steps I was looking for to elevate them into a higher tier. If any of these players are available in your dynasty league, they should be added immediately. This also serves as a solid target list for trade purposes, particularly if you’re in the midst of a rebuild. They won’t all be cheap, but they could prove to be worth the cost (and more) if they are evolving into a player capable of contributing across the board.

Carroll has been spectacular after missing a vast majority of the 2021 season. The lefty was one of the seven players I highlighted this winter with a legitimate opportunity to become the top prospect in baseball. And if recently updated lists are any indication, it appears to have unfolded more quickly than I anticipated. The 21-year-old ­­is hitting .307/.431/.631, with 10 doubles, four triples, 13 home runs, 18-of-20 stolen bases, and a 53:33 K:BB in 216 PA in Double-A. Anytime there is a prospect with a double-plus hit tool and double-plus speed, you have the makings of an impact fantasy player. The rapid development of his power only solidifies his status as a premium prospect with well-rounded skills across the board.

His success is exciting when considering his minimal experience in the lower levels. It would’ve been perfectly reasonable if he took time to adjust to facing the most advanced pitching of his career after being away from the game for so long. The cat is out of the bag at this point, but Carroll possesses the type of skills that I would pay up for in trades and dynasty startups next season. Should everything fall into place, Carroll could take a similar path as Alek Thomas this year and become a highly-coveted redraft add early next season.

Tovar has been the most well-publicized breakout in the prospect realm this season. The signs were present, coming off a productive season as a teenager in A-ball in 2021. But the development of his power this season has begun to turn heads. Any time a 20-year-old shortstop with a plus hit tool, and a knack for stealing bases, is excelling in the upper levels, it’s noteworthy. The righty is hitting .321/.400/.595, with 10 doubles, 12 home runs, 16-of-17 stolen bases, and a 46:21 K:BB in 215 PA in Double-A.

There are still a lot of games left to play, but Tovar is the logical choice as this season’s Anthony Volpe. He’s already leaped from fringe prospect to well inside the top-50 on most lists. That should only continue to rise and stabilize if his success continues. Tovar has established himself as a premium dynasty prospect who could make his Major League debut in 2023 at age-21. The organization has a reputation for mishandling hitting prospects in recent years. But Tovar is a plus defender at shortstop with a well-rounded offensive skill set that should hit near the top of the lineup for years in a famously good hitter’s park.

The speedy Ruiz is having a breakout season in the upper levels. The 23-year-old hit .344/.475/.611, with 17 doubles, nine home runs, 54 runs, 37-of-42 stolen bases, and 40:32 K:BB in 232 PA in Double-A. The righty has a vastly underrated hit tool, developing power, and double-plus speed. It’s worth noting that players like Juan Yepez, Vinnie Pasquantino, Jeremy Pena, and Jose Miranda emerged at the same age/level as Ruiz last season. Their rapid rise from fringe prospects to MLB starters in short order is intriguing. Imagine a similar breakout with the bat as those players, and add in game-changing speed.

The secret is already leaking out, as his roster % has noticeably risen in the last couple of weeks. If Ruiz can show that his hit tool improvements are legitimate and the power growth is not a mirage, a highly-intriguing fantasy skill set unfolds before our eyes. His ability to play second base and outfield gives him more versatility to crack the lineup. If Ruiz is available in your dynasty league, he should be added immediately, even in shallow settings. He also makes for an excellent trade target while hidden deeper on prospect lists. Ruiz was just promoted and made his Triple-A debut yesterday.

Acuna is off to a fast start and flashing pop after an early-season IL stint. The 20-year-old is hitting .282/.400/.592, with four doubles, six home runs, 8-of-9 stolen bases, and a 24:14 K:BB in 85 PA in High-A. The righty has an above-average hit tool and plus speed, so the early signs of added power to his compact, athletic frame are very appealing. He’s the younger brother of Braves superstar Ronald Acuña Jr. While he doesn’t possess the same size and gaudy tools, he’s developing into a notable player in his own right.

As it stands, Acuña is on track to reach Double-A by age-21. By that stage, the righty could be a middle infielder carrying above-average tools across the board and a spot on most top-100 lists. Since the sample size isn’t as large as some of the other players, there is room for Acuña to solidify his growth with continued power outbursts. The Rangers organization is clearly in the midst of a rebuild, and the toolsy infielder profiles as an excellent table-setter for their young core.