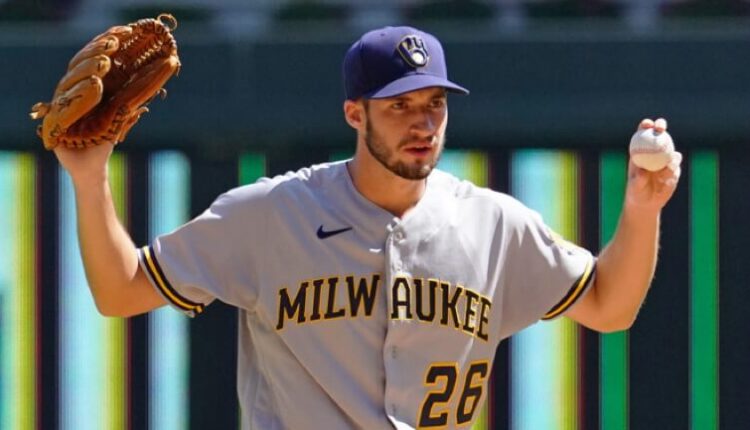 Welcome to our 2022 team top prospect rankings series. Eric Cross and Chris Clegg will go through all 30 Major League organizations, continuing today with their Milwaukee Brewers Top Prospects for dynasty leagues. In each installment of this series, you’ll find the top-20 rankings from both Eric Cross (AVG) and Chris Clegg (OBP) along with one prospect each that they’re targeting heavily in dynasty leagues right now. Hopefully, these rankings will help you in your dynasty leagues, and maybe give you some new trade targets to consider.

Yes, it wasn’t a great showing for Garrett Mitchell in Double-A last season. And yes, his contact rate was terrible at the level as well, which is concerning. This is all 100% true. However, it feels like there’s been a bit of an overreaction to a 29-game sample size. Even through his struggles, Mitchell was pacing at around 20 homers and 40 steals and had a .388 OBP overall in 268 plate appearances. He’s moved a bit down my rankings due to the struggles in Double-A, but he’s still easily a top-100 prospect for me.

Don’t forget, we’re not far removed from some in the industry saying that he might have the highest offensive ceiling in the 2020 draft class which included Spencer Torkelson. Obviously, that was a bit overzealous, but there’s still plenty of upside in this profile that makes him a great buy-low in dynasty leagues right now. Mitchell is an easy plus runner that has shown a higher efficiency in college and last season in the Minors. He’s also flashed above-average or plus raw power but still has a hitch in his swing and hits too many balls into the ground.

If he can right the ship in 2022 and start driving the ball in the air more consistently, we could see Mitchell rise back inside the top-50 overall, maybe flirting with top-25 again. Don’t write him off yet, folks.

Jackson Chourio is a prospect in the Brewers system that I am looking to acquire in dynasty leagues. Chourio was one of the top international prospects in the 2020-2021 class. Last year in the DSL he got off to a slow start, but once he got going he never looked back. Over his final 40 games, Chourio slashed .329/.418/.497 with five home runs and eight stolen bases. He did all this at just 17-years-old.

Chourio projects as a solid power/speed threat. He is an extremely good athlete with a ton of explosiveness. Chourio hits the ball hard and it is easy to see him growing into plus power. He controls the strike zone well and has good pitch recognition. He is an easy plus runner which should allow him to steal bases in the early stages of his career.