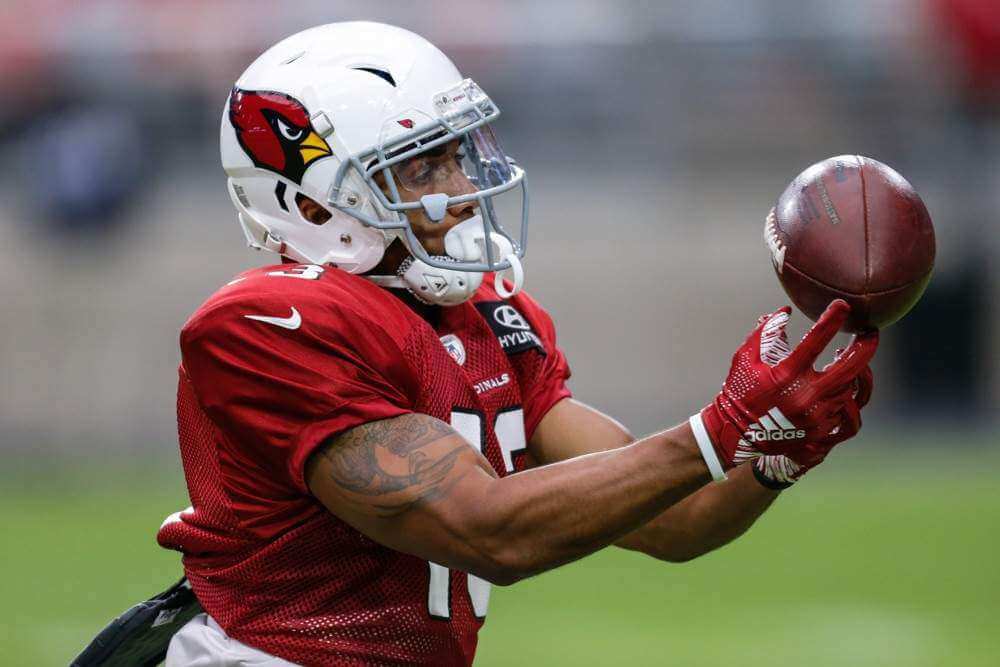 The early rounds are for volume. Targets, touches, and touchdowns are the key to success for these early picks. The consistent opportunities these players receive almost guarantee value and it better because we are most definitely paying for it. The middle rounds are for value. This is where we start looking for players with paths to outkick their ADP. Essentially, our first level of fantasy sleepers. It’s these mid-round targets we’ll focus on today.

There’s a level of subjectivity involved with this type of player. For most, their roles aren’t fully defined. Whether coming off injury or part of a committee, it’s difficult to project their weekly workload. Their talent gives them value, but production lies at the intersection of talent, positive situation, and opportunity. Our mid-round targets should have at least two of these traits. Likely, the only thing missing is the opportunity.

Narrative Street becomes a popular place when discussing these mid-round targets. Do you buy into their path to opportunity or is it just wishful thinking? Let’s review a couple of my favorite mid-round targets at the skill positions that should be on everyone’s list for 2019.

Freeman entered 2018 as the heir apparent to the lead back job in Denver. C.J. Anderson was released and the only person in Freeman’s way was two-year backup Devontae Booker. Oh, and an undrafted free agent by the name of Phillip Lindsay. It couldn’t have ended worse for Freeman. Over 6,000 collegiate scrimmage yards reduced to less than 600 NFL yards and surpassed by a UDFA. He even reached the middle of the third round in PPR drafts. That’s hard to forget, but there’s some level of optimism for him in 2019.

Freeman gained 84.3% of his yards when a zone blocking scheme was used on the play. It was primarily used at his alma mater and emphasized his vision and power. His yards after contact per rush increased by 38.1% along with his broken tackles. What he lacked in burst, he made up for in power given the right opportunity. That should happen more in 2019 under Rich Scangarello who employs a similar run scheme. In addition, Freeman’s working on his receiver skills.

Who's ready to see this for real for real? pic.twitter.com/pkENJFxGis

Booker was the only RB to crack 50 targets for Denver with Freeman only earning 20 targets. An increase in targets along with a larger share of the backfield would pave the way to Freeman beating his 8th-round ADP. The talent is there along with the situation. All eyes are now on the opportunity making him a mid-round target.

This is simple calculus. If you side with the speculation on Todd Gurley’s knee and reduced workload, Darrell Henderson is a mid-round player to target. If not, he’s reduced to a high-priced handcuff. For now, all signs point to the former giving Henderson a path to opportunity.

Yards per carry is more of a descriptor of talent than a predictor, but it’s still useful to point out the extremes. Henderson is one of them. He averaged 8.9 yards per carry in college. In back to back seasons.

Gurley’s drop in touches from 20.4 to 12.3 during the playoffs signified the team’s need at the position. They not only addressed it, but they also traded up in the third round of the 2019 draft to acquire Henderson. If he assumes any complementary role in his rookie season, he’ll meet all three traits for fantasy production.

Imagine we will be seeing a ton of Darrell Henderson both in the running and passing game #RamsCamp pic.twitter.com/H7us4xpSVy

Henderson is a productive runner with over 60 targets during college making him relevant in the passing game. The talent and positive situation is obvious. Opportunity, or the amount of opportunity, is the only question. A 35% share of the workload, when combined with Malcolm Brown, gives him weekly value with upside given the offense. His 8th-round ADP offsets most of the risk, based on Gurley’s health making Henderson a mid-round player to target.

The Panthers are hard to gauge coming into 2019. There are still concerns about Cam Newton’s shoulder, but he’s been a part of training camp. Greg Olsen is back after reinjuring his right foot in late 2018. D.J. Moore is a 2019 breakout candidate, but Devin Funchess is gone and Torrey Smith’s in the twilight of his career.

The uncertainty has caused some of the hesitation, but the situation gives rise to opportunity for Curtis Samuel in his second year. He flashed down the final 5-game stretch, averaging 8 targets per game and accumulating nearly 300 yards after coming off ankle surgery. Samuel projects to take on an ancillary role in 2019. The main question is does he have the talent.

So, yes. Can confirm. https://t.co/CQzhWA3WcX

In short, Samuel’s 2018 performance isn’t properly contextualized. Newton’s shoulder pain was readily apparent on the field and he was out for their final two games. The entire offense became a shell of itself once removed from playoff contention. So, while the resulting numbers for Samuel are small, the talent is not and he has continued to develop as the team prepares for 2019. But his offensive situation is getting mixed reads ahead of the start to the season.

Carolina put up 26.8 points per game until Week 10. After their Thursday night loss to Pittsburgh, they dropped to 19.3 points per game (18.4 removing the games started by Taylor Heinicke). Samuel’s situation becomes volatile if Newton’s unable to play the full season. Regardless, both the talent and opportunity are there for Samuel putting him solidly in my list of mid-round targets.

Everyone’s excited to see what Arizona does to the NFL in 2019. New coach. New quarterback. True NFL fans should hope this succeeds. An Air Raid offense is the next step in the passing evolution. Its success would foster more innovation within the league and that starts with Arizona. Kyler Murray and Kliff Kingsbury are the best head coach and quarterback duo to start this trend. Christian Kirk stands to benefit from this push into new territory.

Kirk enters his second season with the greatest chance at increased opportunity. He finished his rookie season with only 590 yards, but the offense was in a much poorer state. He begins 2019 in competition with 3 rookies and an aging legend pointing to opportunity for Kirk.

In addition, each receiver excels at a specific role in the offense. Whether from the slot or on the outside, their talent is limited. Kirk, however, offers a versatile talent to the Cardinals.

Total yards skew the performance due to the yards after catch allowed from the slot. We can see a balanced performance from this view highlighting his talent. At 5’10”-201, Kirk was perceived to be just a slot receiver waiting for Larry Fitzgerald to retire. But it’s clear that the team has different plans for the Texas A&M product.

Kingsbury’s collegiate pace was nearly 90 plays per game. The 2018 Cardinals ran about 56 per game. A bump is pace is all we can expect increasing Kirk’s opportunity. The talent is there for both Kirk and his quarterback and the offensive situation is trending towards the positive. At an early 7th round cost, Kirk has become a popular mid-round player to target with a high ceiling for 2019.

Who are your favorite mid-round targets for 2019? Let us know in the comments below! For more great analysis check out the 2019 Fantrax Fantasy Football Draft Kit.