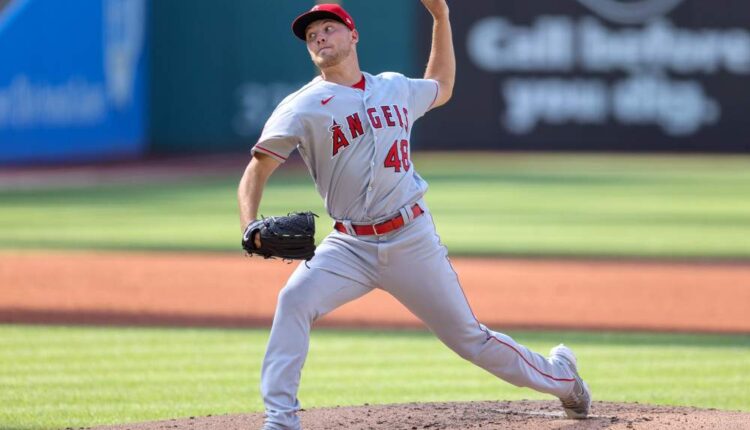 Welcome to our 2022 team top prospect rankings series. Leading up to Minor League Opening Day, Eric Cross and Chris Clegg will go through all 30 Major League organizations, continuing today with their Los Angeles Angels Top Prospects for dynasty leagues. In each installment of this series, you’ll find the top-20 rankings from both Eric Cross (AVG) and Chris Clegg (OBP) along with one prospect each that they’re targeting heavily in dynasty leagues right now. Hopefully, these rankings will help you in your dynasty leagues, and maybe give you some new trade targets to consider.

The Los Angeles Angels have graduated most of their top prospects over the last few years, so this system isn’t quite as enticing as it once was. However, they have plenty of intriguing talent in the lower levels to be cognisant of in dynasty leagues.

This system isn’t exactly one of my favorites at the moment, but one exciting arm to target in dynasty leagues right now is Sam Bachman. The Angels used their first selection (9th overall) on Bachman this past July and it’s not difficult to see why. Bachman is far from a finished product or a polished arm, but you could make an argument that he was the most electric arm in the entire draft class. Bachman sits in the mid to upper-90’s with riding life on his four-seamer and can miss bats at an exceptional rate with his plus or better slider.

Both of those pitches are easily plus and can border on double-plus at times, but it’s the development of Bachman’s changeup and overall command that will determine his overall impact and what role that impact will be in. As it stands now, Bachman could pitch in the 9th as one of the most dominant relievers in the game. But if he can establish his changeup more consistently, which already flashes above-average, and improves his command a bit, there’s mid-rotation upside or better as a starter that could annually rank among the league-leaders in strikeouts.

Michael Stefanic is an interesting prospect, to say the least. For one, he is 26-year-old and has yet to debut in the Majors. Despite his age, Stefanic has given the Angels every reason to give him a shot with the big league team. Last year between double and triple-A, he slashed .336/.408/.493 with 17 home runs and six stolen bases.

Stefanic is a contact-oriented hitter who has gained power with time. Since debuting, the worst contact rate he has posted at any level is 82.8 percent which was in double-A last season. He is versatile in the field which also helps his chances of cracking the Major League roster this year. He played games at every position in the field except catcher and center field last season. Stefanic is a sneaky add in deep dynasty leagues, but also deep redraft leagues. He has started the spring hot with three hits in five at-bats while also walking three times.