Looking for Liam: Could-Be Closers on the Cheap 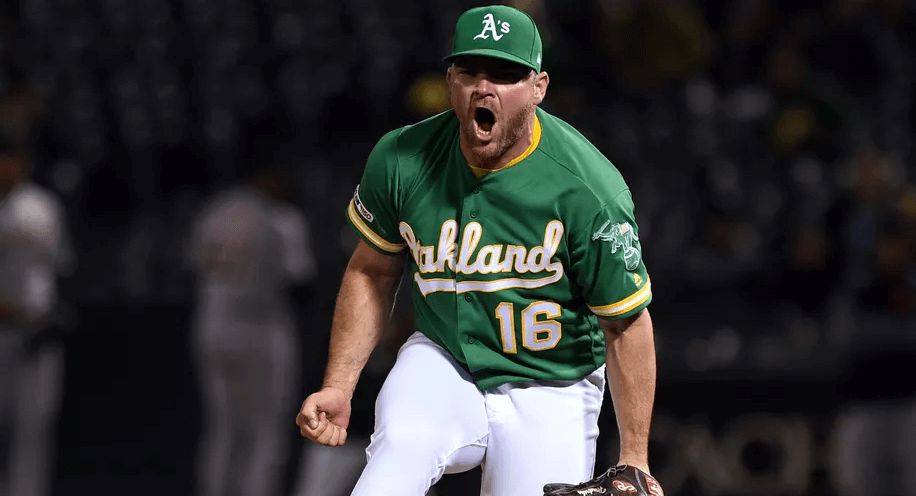 Closers are the bane of many a fantasy owners’ existence. They are seemingly at risk of losing their jobs with every blown lead. Managers tend to keep a short leash when it comes to their relievers, and longevity is something very few stoppers are known for. There have only been 13 relievers who have recorded at least 100 total saves over the last five years. Kenley Jansen is the only one to have all his saves with the same team. The other 12 have pitched on an average of 3.1 teams since 2015. Sure, Fernando Rodney skews that a bit, but you catch my drift.

Even when we think we have a reliable group to choose from, our expectations are often dashed. Edwin Diaz and Blake Treinen were designated as the two safest closers heading into 2019. We all know how that turned out. 2018’s darlings busted in a major way. Diaz ended up with a 5.59 ERA and Treinen lost his job halfway through the season. While I can certainly see the apparent need to hitch your wagon to a seemingly steady closer like Josh Hader or Kirby Yates, investing in the position is always a risky endeavor.

Bullpens have more options and interchangeable parts than ever. Virtually every team has multiple pitchers who have filthy stuff and can approach 100-MPH. With that in mind, here are some pitchers currently going outside the top 300 picks who could work their way into more prominent roles as the season progresses. These are pitchers who could pay massive dividends, ala Liam Hendriks a season ago. I am not including anyone who is currently projected to be his team’s closer. (Sorry, Wade Davis.)

I wrote up Drew Pomeranz in a piece I wrote last month about potential breakout pitchers. At the time, he was going about 100 picks later than he is now. He could still be a value even though his stock has risen over the past few weeks. Over his final 20 appearances last season, Pomeranz had a 1.33 ERA and 0.74 WHIP. He also maintained a 42.7 K-BB percentage. Kirby Yates was otherworldly last season and posted a 36.2 mark. Pomeranz could be there to pick up the pieces in the event Yates has any issues this season. San Diego’s recent acquisition of Emilio Pagan may present an additional roadblock, but I believe Pomeranz has what it takes to run with the job if given the opportunity on what should be a much improved Padres team.

James Karinchak is already among the most prolific strikeout artists in all of baseball. The 24-year old struck out 55.8% of hitters across four levels of ball in 2019. Karinchak combines an upper-90s fastball with a 12-6 curveball to keep hitters off-balance. His bugaboo is the base on balls, which is a common theme among several of these pitchers. He has walked 63 batters in just 107.2 innings as a professional. Cleveland will likely use him in the middle innings early in the year to see if he can harness his command. If he can, look out. Brad Hand looked a bit less dominant than normal last season, and Cleveland has a club option on him for 2021. Karinchak could usurp Hand under the right circumstances, giving him a chance for saves to go along with triple-digit strikeout potential.

Seattle signed Yoshihisa Hirano to a one-year contract following two seasons in Arizona. Hirano was a setup man for the Diamondbacks, and he is likely to fill that role in Seattle as well. However, the Mariners are dealing with some early injuries to the back end of their bullpen. Presumed favorite Matt Magill is dealing with a sore right shoulder and is behind the rest of the pitchers in camp. Perhaps as a result of Magill’s ailment, manager Scott Servais has indicated that there will be no set closer. It may just be a war of attrition to see who is available when the season begins. Right now, Hirano is one of the only healthy options. He does have plenty of closing experience in Japan, so he may be called upon in the ninth inning. Seattle has other options as well.

Sam Tuivailala and Carl Edwards Jr. are both going after pick 600, making them essentially free in drafts. Tuivailala is also dealing with a shoulder issue. Edwards has struggled with command throughout his career, but he could be thrust into a more prominent role than previously suspected. Call me crazy, but I believe Taijuan Walker (ADP – 386.16) can be a dark horse in this race. Walker is on the mend after Tommy John Surgery and has thrown just 14 big league innings over the last two years. He is tentatively slated to nab the team’s fifth starter position, but I wonder if Seattle will consider him in the bullpen if injuries continue to mount. Walker impressed in an intrasquad game on March 3, retiring all seven batters he faced and hitting 94 MPH on the gun.

Matt Barnes was the quasi closer for Boston in the early part of 2019. He eventually lost the gig to Brandon Workman. New manager Ron Roenicke has already named Workman the closer to start 2020, and Barnes should be the primary setup man. Workman’s Statcast metrics were off the charts in 2019, but Barnes wasn’t far behind. Despite having an ERA nearly two full runs higher, Barnes had a lower xFIP than his bullpen mate. Barnes also had a higher strikeout rate and lower walk rate. Workman held hitters to a .121 batting average a season ago, largely on the strength of a .209 BABIP. Those numbers are not sustainable. Workman may have some rope early in the year, but I expect Barnes to nip at his heels. If Workman indeed regresses, Barnes may be in line to return the favor from a season ago.

It may seem odd to see a pitcher who has made 56 starts since 2018 on this list. But make no mistake – Stanek is a short reliever. He was Tampa Bay’s designated opener on many occasions before being traded downstate to Miami. Stanek has a healthy 29.1 percent strikeout rate throughout his career and has limited batters to a .218 average. Stanek has a devastating splitter which he uses to put hitters away. Opposing hitters are just 13-for-129 with 80 strikeouts in at-bats ending in Stanek’s splitter. Manager Don Mattingly has named Brandon Kintzler the Marlins’ closer, but I can easily see Kintzler losing the job or being traded at some point. Much like the situation in Seattle, there is another deep sleeper for saves I am intrigued by here as well.

Of the 307 pitchers who had at least 150 batted ball events in 2019, Yimi Garcia finished ninth-best in hard-hit rate and third-best in exit velocity on ground balls. He also finished in the top 20 in xBA, xwOBA, and xwOBACON among the 366 hurlers who faced at least 200 hitters. Garcia features a mid-90s fastball with a 98th percentile spin rate and had an xBA against of under .200 on all three of his primary pitches in 2019. So why is he going undrafted in almost every league? Well, he has a major case of gopher-itis. He allowed an insane 2.17 HR/9 last year. Sure, some of that may have been the ball. But his career mark now sits at 1.80 over nearly 160 innings. That is a problem, especially considering his 31.1 ground ball rate. Still, there could be something here, and it costs nothing to find out.

Carlos Martinez took over the closer’s role following an injury to Jordan Hicks last season. But Manager Mike Shildt will put Martinez back into the rotation in 2020. Giovanny Gallegos seems to be the favorite for saves in the early going, but don’t ignore Ryan Helsley. Helsley averaged 98 MPH on his heater last year but allowed a .310 batting average on his four-seamer. He is working on a new changeup grip and has looked sharp so far in Spring Training. Helsley only threw 16 changeups on over 600 pitches in 2019. If he can hone that offering, it should improve his entire repertoire. Gallegos has scuffled a bit this spring, so his grip on ninth-inning duties may not be as tight as it seemed. Helsley is worth a look if you want to speculate on saves towards the end of your draft.

Of all the pitchers on this list, Barlow probably has the clearest path to saves. It just may take a while. Ian Kennedy had a renaissance of sorts last year but is in the final year of his deal in Kansas City. The Royals would be wise to trade Kennedy at some point. I would not be surprised to see them do so much sooner than the trade deadline. Kennedy proved last season that he can be a solid closer. Exposing him for several months in a similar capacity may end up being detrimental to the team’s cause. In any event, Barlow should slide in if and when the Royals deal Kennedy. Barlow may not get a ton of saves, but he is probably the player on this list most likely to lead his team in saves in 2020.