Power on the Cheap: Late Round Home Runs 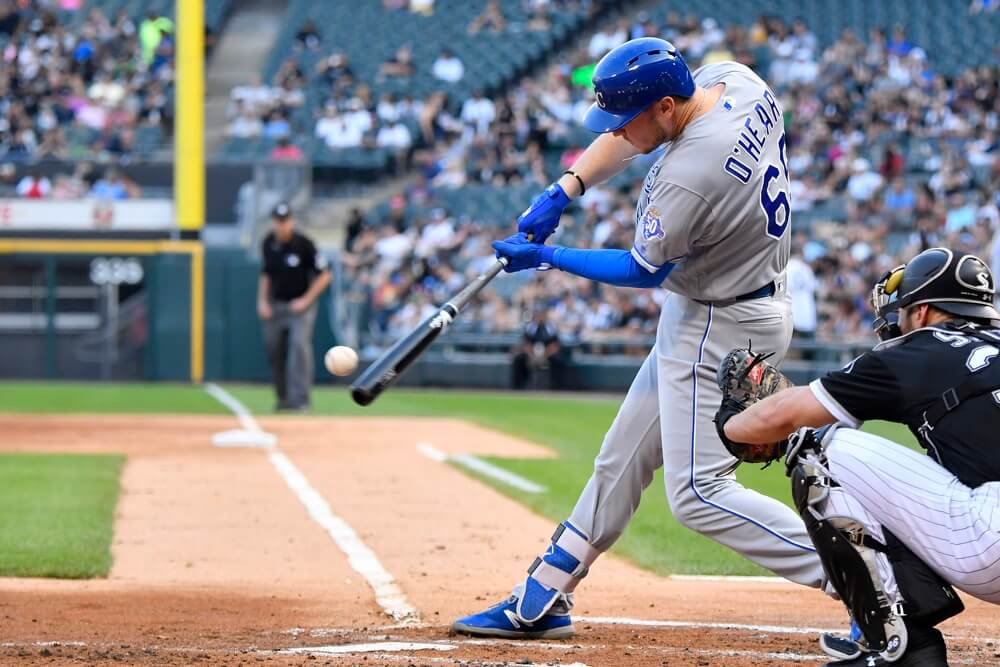 Let’s continue with the category sleeper series, but shift our attention to late round home runs… The long ball; Chicks dig it and you should too. Trea Turner is the only hitter going inside the first round to not have a 20-home-run season on his resume, and Jose Altuve is the only player going in the second round to not have 20 home runs last season. He’s hit 20-plus in each of his two seasons prior, but the point is… you’re most likely getting power with your first couple picks.

If you decide to go with a pitcher or one of the speedsters then you’ll really be looking for some late round home runs. The goal here is to provide owners with cheap power come draft day. It may come in the middle rounds or near the end of your draft.

Nelson Cruz’s 144 games last season were his fewest since 2013 and he still managed to hit 37 home runs. It’s a home run total he’s reached in each of his last five seasons. There’s no question the 38-year-old is on the decline, but the fly-ball rate remains high and the move to Minnesota is positive. Thirty bombs are a lock and look for him to get back to his career .274 mark.

Cruz’s 37 dingers last season were the 11th-most and it’s the first time since 2013 that he’s finished that low in the rankings. His 203 bombs since the 2014 season are 15 more than second place Giancarlo Stanton. By now, you already know Nelson Cruz can hit home runs, just like Joey Gallo can. They are not sneaking up on anyone, but some are sleeping on these two. That can present a decent buying window in drafts.

Hunter Renfroe has hit 26 home runs in each of his first two seasons in the Majors and he’s done it with fewer than 500 plate appearances in each year. Renfroe cut down on his strikeouts and improved his walk rate as well as his average in his sophomore season. He had 479 PA’a as a rookie and just 441 last year due to an injury. If he can stay healthy and continue to limit the strikeouts, 30 home runs and 90 RBI are within reach in what is an improved SD lineup.

The outfield in San Diego is crowded and it got a bit more cramped when they signed Manny Machado as it has forced Wil Myers to LF. Renfroe will open up 2019 as the Padres’ starting right fielder and he could hit as high as fifth in the lineup. Franmil Reyes – who can also hit bombs – will be in the mix, along with Manuel Margot and Franchy Cordero. Margot and Cordero will mostly interchange at CF, but whether it’s Renfroe or Reyes…it’s a duo that will combine for 50 homers in 2019. Maybe they both find a way to stay in the lineup? Myers doesn’t have the best track record when it comes to his health.

If you miss out on Renfroe, Reyes will be sitting there in the next round (ADP 217). I lean Renfroe, because I think he’s the better overall talent, but it’s a battle to keep an eye on.

Maikel Franco may not reach 30 home runs, but I think he’s a strong target late in your drafts. His ADP will definitely rise with the addition of Bryce Harper and it should. He’s more appealing now. Franco should be in a great spot to drive in runs in what is going to be a strong offensive team. The 26-year-old has hit at least 22 home runs in each of his past three seasons. Franco also hit RBI totals of 76 and 88 in two of those three seasons, in much weaker lineups. Twenty-five home runs and 90 RBI at this price point is too nice to pass up. He’s probably more of a .260 hitter, but his .270 average from last season shouldn’t be overlooked. Neither should his career 15K%. Franco makes contact.

Randal Grichuk hit 25 home runs in his first season with the Toronto Blue Jays, and he’s hit at least 22 bombs in each of his last three seasons. Grichuk batted .106 in the first month of the season but finished strong with a .280 average in the second half. No doubt, a knee injury slowed him down to a degree, but the power has always been there when healthy. The 27-year-old has an everyday spot in RF and his 44-percent fly-ball mark for his career is great for the park he plays in. Keep in mind, he’s never had 500 plate appearances in a season. He should be able to set career highs across the board in his second season with the Blue Jays.

We finally got to see what C.J. Cron could do over a full season of work as the Tampa Bay Rays gave him a career-high 560 plate appearances. Cron hit 16 home runs in each of his three previous seasons with the Los Angeles Angels, but he never reached the 450 PA mark. Over his 140 games with the Rays last season, Cron hit 30 home runs. He also scored a career-high 68 runs and drove in a season-high 74 runs. The Marwin Gonzalez signing will definitely cut into some of Cron’s playing time. It’s a great looking lineup, though, and Cron should get enough PT to reach 25 home runs and we already know he can hit 30.

Ryan O’Hearn joined the Kansas City Royals in the final couple months of the season and hit an impressive 12 home runs over 170 PA’s. If you play with OBP, then you love the fact he’ll take his walks and if you play in a points league, the strikeouts are concerning. However, his 46-percent fly-ball rate and 42 percent hard-hit rate may make up for the punch-outs. O’Hearn only hit .108 vs. LHP last season, but he rocked a .313 average against RHP. The splits shouldn’t really matter as the playing time will be there and so will 20 home runs.

The last time we saw Domingo Santana over the full course of a season (2017), he hit 30 home runs and stole 15 bags. Miller Park is a lot more hitter-friendly than T-Mobile Park, but Santana has always shown a bit of power. It’s his career 32-percent strikeout rate that’s an issue. That can be a killer in points leagues. He’s already smashed two home runs this spring as he battles for playing time in left field with Jay Bruce. Good thing for Santana, Bruce can play first and DH.

Justin Bour probably won’t get drafted in a 12-team, 23 round draft. I’m betting he’ll pop up on the waiver wire, though. He’ll also be a player in the DFS community. Especially with Shohei Ohtani sidelined for the first month of the season. Bour could hit in the cleanup spot behind Mike Trout and Justin Upton which gives him early-season appeal and AL-Only league consideration.

There are a lot of question marks when it comes to Jung Ho Kang and that’s obvious with his ADP. Kang hit 15 home runs and had 58 RBI with a .287 average over 467 plate appearances in 2015. He finished third in the NL Rookie of the Year voting. He followed up that season by hitting 21 home runs over 370 plate appearances. 2017 wasn’t so hot for the Pirates’ third baseman as he missed the entire season due to a third DUI arrest.

Kang returned to Pittsburgh late last season, but only receiver six plate appearances. Colin Moran will open up as the team’s starting 3B, but keep a close eye on Kang’s spring as he’s already hit three home runs. Maybe he just hits against RHP? Thirty of his 36 career home runs have come against righties. Over 664 plate appearances against right handed pitching, Kang has a .286 average and .370 wOBA.

Are you on board with Chris’ late rounds steals? For more great fantasy baseball rankings, strategy, and analysis check out the 2019 FantraxHQ Fantasy Baseball Draft Kit. We’ll be adding more content from now right up until Opening Day!