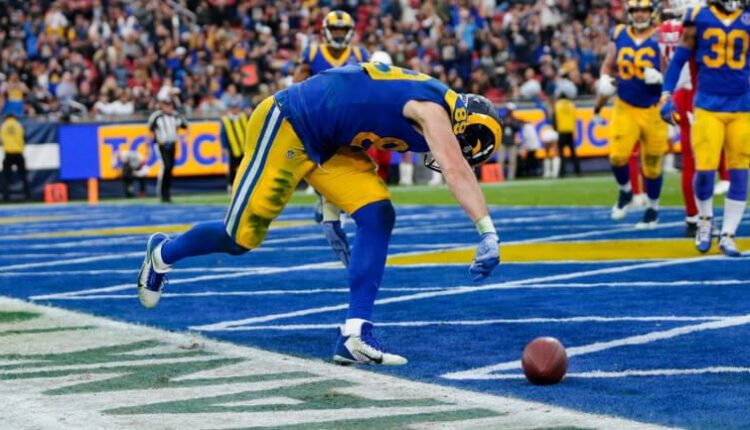 You want to win your fantasy football league this year.  That is why you’re here.  There is nothing more satisfying than hoisting the trophy, receiving the prize money, and claiming all bragging rights until you get to do it all over again next season.  But before the dream of winning the league becomes a reality, you have to win the draft. To win your draft requires looking beyond obvious top picks. The best managers have complete teams that include sleepers selected in the late rounds. Here, we will take a look at a few of the top late-round draft picks to keep an eye on. These top late-round targets will help to strengthen your team from the start and string wins together week by week. Your league mates will wish they had gotten their hands on these players back in the summer when you showed up prepared to win your draft.

Late-Round Draft Picks That Could Pay Off Big-Time!

Heading into 2021, most of the chatter surrounding Burrow is about his comeback from the season-ending knee injury he suffered in Week 11 last year.  More importantly, managers should pay attention to the fact that Burrow, the 2020 1st overall pick, threw for 2,688 yards and 13 touchdowns in just 10 games last season. That would have put him on a 16-game pace of approximately 4,300 yards and 20 scores through the air.

Furthermore, a number that really stands out, for the early Comeback Player of the Year nomination, is Burrow’s 404 passing attempts which would have put him on a full-season pace of 646 throws. That still ranked 22nd in the league and was more than 13 quarterbacks who played in every game.  Now, add 5th overall pick, and former LSU teammate, wide receiver Ja’Marr Chase, into this pass-heavy offense and you have an obvious choice at the position later on.  Of course, there is going to be a concern surrounding the aforementioned knee, but where Burrow will likely be going off of draft boards, the reward heavily outweighs the risk.

Another excellent choice at quarterback that should be circled for a late-round draft pick is the NFL record holder for most passing attempts in a season (727), newly acquired Los Angeles Rams quarterback, Matthew Stafford.  The Rams jumpstarted the off-season early after it was reported in late January that the team would be sending two 1st-round picks, a 3rd-round pick, and quarterback Jared Goff in exchange for Stafford from the Detroit Lions.

The Rams are no strangers to moving 1st round draft picks for top talent having acquired players, such as wide receiver Brandin Cooks and cornerback Jalen Ramsey, in years past. Now Stafford gets a fresh start and enters head coach and primary play-caller Sean McVay’s offense that has supported a top-10 fantasy wide receiver multiple times, in Robert Woods and Cooper Kupp, and has finished as the 1st overall and 2nd overall scoring offense in back-to-back seasons (2017, 2018).

The 33-year-old Stafford is not going to rack up fantasy points running the ball, like earlier quarterback picks Patrick Mahomes, Josh Allen, or Lamar Jackson, but offers up consistent passing production and a proven level of availability.  While many incorrectly claim Stafford to be “injury-prone”, he has played in all 16 games in 9 of the last 10 years averaging 4,423 yards and 27 passing touchdowns in those complete seasons.  Stafford is as steady as they come, certainly won’t lose you your league, and offers top-10 potential with a late-round draft pick price tag.

In Week 16 last season, on Sunday Night Football, with the top seed in the NFC still up for grabs, the Green Bay Packers turned to rookie running back, AJ Dillon, who made the most of the opportunity, posting 124 yards and 2 touchdowns on 21 carries.  Outside of that performance, the first-year player failed to do much else, acting as the team’s third-string back most of the season.

Dillon is now primed for an expanded role in 2021, working beside stud Aaron Jones, after the Packers let Jamaal Williams walk in free agency.  Williams’ departure leaves behind 150 touches on the ground and through the air from his 2020 campaign and 622 total with the team since being drafted in 2017.

Dillion is no stranger to a workhorse role as he carried the load for three straight seasons at Boston College, holding the all-time rushing record with 4,382 yards in that span.  Dillon also carried the ball at least 300 times twice, averaged 5.2 yards per carry, and posted double-digit scores each of his collegiate seasons.  The 6’0” 245 lb back punished NFL defenses last season averaging 3.57 yards after contact and forced 18 missed tackles on just 48 touches as a rookie.

While he has yet to prove his worth as a pass-catcher, it is obvious what he can do when the ball is in his hands.  Given the Packers’ recent history of utilizing a two-back system, Dillon has standalone value, but could produce top-10 numbers in the event of an Aaron Jones injury.  Fantasy managers with a late-round draft pick and a need at running back will gather some “oohs” and “aahs” on draft day from their league as they select Dillon, regardless of if they roster Jones.

Speaking of Jamaal Williams, he signed a two-year, $6 million dollar deal with the Detroit Lions, joining a backfield that many believe is to be led by second-year player and 2020 35th overall pick, D’Andre Swift.  Most would also agree that the Lions are in a franchise rebuild after acquiring a load of top draft picks for Stafford, a new quarterback inJared Goff, and hiring new head coach, Dan Campbell.  The Lions also added offensive coordinator Anthony Lynn, who has had major success in his career as a coordinator/head coach at the helm of top fantasy seasons for running backs such as LeSean McCoy with the Buffalo Bills, as well as Melvin Gordon and Austin Ekeler with the Los Angeles Chargers.

Keep in mind, Swift was not a draft pick made by this new regime.  Now, Jamaal Williams has an opportunity as a veteran, under Lynn, to build on his four years of NFL experience, where he has seen an average of 155 touches per season, in an offense that just invested in their offensive line, drafting OT Penei Sewell, with the 7th overall pick in this year’s draft.

While Swift is among a group of big second-year names at running back, he himself posted 160 total touches his rookie season and is no guarantee to command this backfield given the team’s interest in Williams in the free agency market.  While most fantasy managers won’t consider Lions players as top targets ahead of 2021, keep this sleeper on the back burner as an asset that could see enough volume behind, alongside, or even ahead of Swift, to warrant plug-and-play attention in lineups this season.  This is definitely a backfield worth monitoring during training camp when others will likely focus their attention elsewhere.

The team’s offensive coordinator, Brian Daboll, will be back in 2021 after turning down a multitude of head coaching openings this off-season. This is great for the team, but especially Beasley, a top sleeper last season who finished as WR23 in a 16-week PPR format. In fact, since joining the Bills in 2019, Beasley has yet to finish outside the top-30 wide receivers, but is being drafted just inside the top-50 ahead of this season.

This offense is led by MVP candidate quarterback Josh Allen who finished in the top five of 3rd down conversion rate (46.64%) last season, heavily attributed to Beasley’s ability out of the slot.  Wide receiver is widely known to be the deepest position in fantasy football in 2021, so if managers decide to load up with running back depth or acquire a top-tier quarterback to build around early on, Beasley is a late-round target that should be a no-brainer with the track record to serve as an every week starter at a major discount.

It may be hard for some to imagine Brown finding any sort of fantasy relevance in the Buccaneers offense behind arguably the best receiving duo in football, Mike Evans and Chris Godwin.  However,  in the 8 regular season and 3 post-season games Brown played last year, he only saw 2 fewer targets than Godwin and just 1 fewer than Evans.

Brown averaged a ridiculous 114 receptions per season from 2013-2018 with the Pittsburgh Steelers and recorded no less than 1,284 receiving yards during that time.  The Tampa Bay Buccaneers are set to return all of their starters in 2021 following their Super Bowl LV win and a season in which they scored 492 points, 3rd amongst all teams.  With a full offseason of familiarity, Brown could be a key piece to the Buccaneers’ continued success as Brady will look to integrate him more into an offense that passed the ball over 60% of the time last season.

Currently, Antonio Brown is somewhat of an afterthought as far as pre-draft rankings go, but he could very well finish in the top-30 or higher, especially if Evans or Godwin fail to stay healthy or gather most of the attention from opposing defenses.

The tight end position was dominated by Travis Kelce and Darren Waller last season as they served as the top-tier players for the entirety of the season.

Over 100 fantasy points separated Waller from the 3rd overall tight end, Logan Thomas, but just 28 points was the difference between Thomas and the 10th overall tight end, Hayden Hurst.  Fear not, if you don’t end up with Kelce, Waller, or a healthy George Kittle, there is a good chance your tight end is just as much of a dice roll as your opponent’s any given week.  That being said, look to gain an advantage here and target Minnesota Vikings tight end Irv Smith Jr. with a late-round dart throw at the position.

Smith Jr. had a very touch-and-go season last year behind long-time Viking Kyle Rudolph, who’s now with the New York Giants. Most of quarterback Kirk Cousins’ target share went to receivers Adam Theilen and Rookie of the Year candidate Justin Jefferson.  However, if you look at the end of last season, half of Smith Jr.’s 2020 receptions, yards and receiving touchdowns came in the final four games of the season.  Entering his 3rd year in the NFL, at just 23 years old, Irv Smith Jr. is a great bet to be the next big thing at a position that is begging for someone to be the next big thing.

Rams tight end Tyler Higbee looked poised for a breakout after dropping a 5/54/3 line on the Philadelphia Eagles in a Week 2 win last season.  Unfortunately, Higbee only scored twice more the rest of the way but did see 35% of his receptions in the final five games and over a third of his total targets during the time.  The Rams have since lost tight end Gerald Everett to the Seattle Seahawks in free agency and added veteran quarterback Matthew Stafford who, while in Detroit, had tight end TJ Hockenson commanding 19% of the Lions’ target share.  While he has never logged more than 734 receiving yards in a season, Higbee is an intriguing option as a late-round sleeper with a decent chance to breakout given his situation.  At 28 years old, and signed through 2023, if there was ever a time for Higbee to generate consistent fantasy relevance, now would be time to do so.

Excel-ing at Fantasy Baseball Part 7: Who rosters whom?