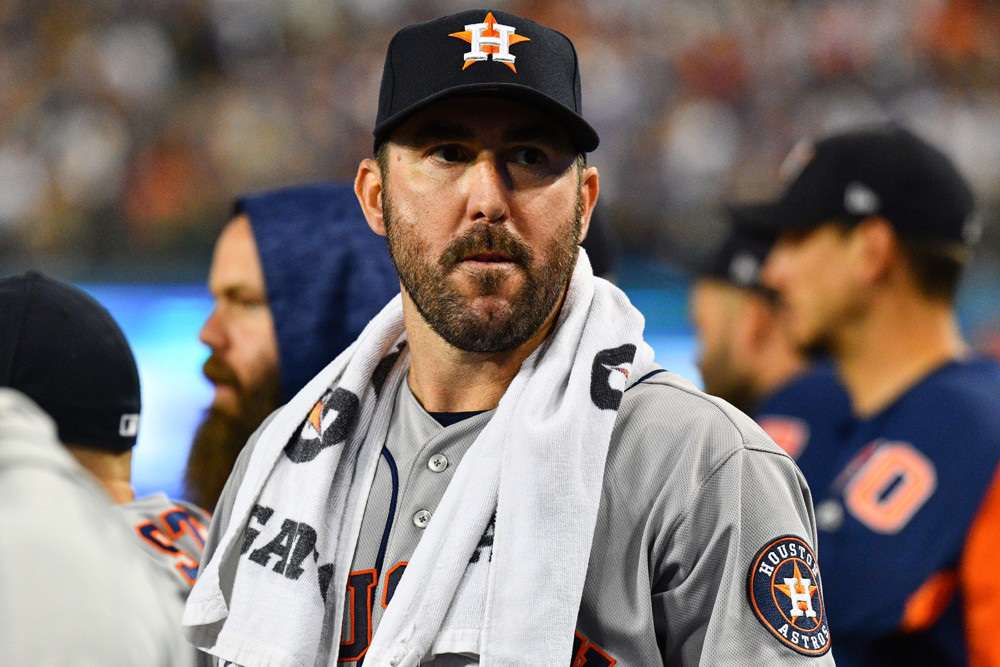 Fantasy baseball owners may be fickle, but we tend to be far less so when our most established stars are involved. If our strongest loyalties are going to get tested, it’s going to be during these final weeks of the season . Especially if we are on the brink of being eliminated from title contention, we can be forgiven for not wanting to take a risk with a slumping player, even if that player is a proven producer who required a hefty investment on draft day.

In my most recent column, I considered whether it made sense to bench either Willson Contreras or Buster Posey, given their disappointing seasons, even though they were two of the most sought-after catchers coming into this year. (For Posey, that calculus changed recently with the revelation that he needed season-ending hip surgery.) Now I’m back to ask the same question about a pair of starting pitchers who were among the top 10 pitchers in ADP, but have struggled to keep the ball in the park since the waning days of the first half.

In Fantrax leagues, Justin Verlander and Luis Severino are universally owned and close to universally started. Yet since the beginning of July, they have combined to give up 28 home runs in 110.1 innings. Over this nearly two-month period, Verlander is tied with Dylan Bundy for the most home runs allowed (16), and of pitchers who have thrown at least 50 innings, he has the highest HR/9 ratio (2.5), while Severino ranks third (2.0). Because Verlander has stranded 91.5 percent of his baserunners over this stretch, his 3.95 ERA gives only a hint of his home run problem. Even coming off a couple of decent starts, Severino’s ERA since July 1 is an ugly 5.74.

It’s tough to sit proven aces like Verlander or Severino, so each is worth a closer look. If we are going to consider passing up on the potential that both pitchers offer during a critical stretch of the fantasy season, we might as well do it with a bunch of data in hand.

Should We Sit Justin Verlander?

Through much of his career with the Tigers, Justin Verlander was known for his strong flyball tendencies, but he has taken it to a new level over the last four season, both with Detroit and Houston. His 29.4 percent ground ball rate this season is a career low, and if he finishes with a rate below 30 percent, it will be his first time ever doing so.

While extreme flyball tendencies are not new for Verlander, an astronomical home run rate is an unwelcome novelty. As recently as Aug. 19, he gave up three homers in a single 5.1-inning start in Oakland. Granted, two of those came against Khris Davis, and just about any pitcher could give up a couple of jacks to the A’s slugger. However, this is not just a case of a flyball pitcher getting victimized by one of the game’s preeminent home run hitters. Verlander has allowed at least one home run in each of his last six starts and has had four multi-homer starts out of his last eight outings, dating back to July 15.

Early on this season, Verlander caught our attention by being an even better strikeout pitcher than he had been before, and throwing more pitches in the strike zone was a contributing factor. More recently, he has been pitching even more frequently in the zone, and it may be working against him. His run of multi-homer games began against an aggressive Tigers team that swung at 74.1 percent of his pitches in the zone, and they collectively deposited four of them in the stands. The Rangers, Mariners, and Athletics added to the string of multi-homer games, and all made contact with pitches in the strike zone at a rate of at least 84 percent.

When Verlander was a little less of a control pitcher, he was one of the best pitchers in the majors at limiting flyball distances. Over his first 20 starts this season, opponents averaged a distance of just 303 feet when they hit flies. It’s likely no accident that he gave up only 12 home runs over those 131.2 innings. Over his last eight starts, the average distance on the flyballs he has allowed has shot up to 320 feet.

Despite all of the homers, I will be inclined to keep starting Verlander, even during this crunch time in the fantasy season. While it is increasingly difficult to ignore his soaring HR/9 ratio. it is also hard to pass up on a ratio of 69 strikeouts to seven walks that Verlander has accrued over his last eight starts. With perhaps just a tweak in his location, he could be back to being an elite among elites.

His last start was a good-but-not-great effort against the Angels, and he will face them again this Thursday. If the Astros maintain a rotation of five starters, his next scheduled starts will come against the Twins and Tigers, and with expanded September rosters those teams may not feature imposing lineups. On the other hand, if A.J. Hinch uses a day off next week to keep everyone on regular rest, Verlander may have to face the Red Sox at Fenway Park. I would at least have to weigh my options before trusting him, especially if he proves to be homer-prone against the Angels and Twins.

Should We Sit Luis Severino?

Severino has more in common with Verlander than just a string of subpar starts and a high home run rate. Over his last nine starts, the 24-year-old has a 31.5 percent ground ball rate — the exact same mark Verlander has compiled over his last eight starts. However, this is a clear departure from Severino’s norm, as he amassed a 45.6 percent ground ball rate over his first 18 starts.

Also like Verlander, Severino’s problems with the long ball appear to stem from location issues. He has not been particularly effective against left-handed hitters lately, but his problems with the long ball are occurring disproportionately against righties. During his nine-game slide, Severino’s 1.2 HR/9 against lefties is not worrisome at all — it’s almost admirable for a pitcher who toils in the AL East. No series of venues or matchups can explain away his nine home runs in 24.1 innings against righties, which amounts to a 3.3 HR/9. Six of those homers hit by righties came off Severino’s fastball. The heatmap of his fastball location against righties over his first 18 starts (on the left) shows that he tended to pitch towards the far edge of the plate. On the right, we see where Severino has been locating his fastball against righties since then. He has not pitched away as much, and he has been locating high within and above the strike zone. 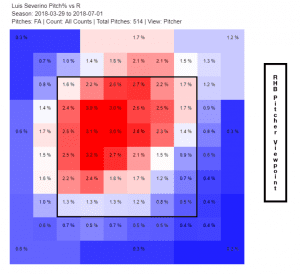 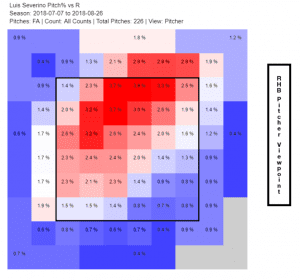 Because Severino has a tougher home venue, less of a propensity to go deep into games and not much of a track record of limiting flyball distances, owners should be less reticent to bench him. After his two most recent starts, in which he allowed four earned runs in 10.2 innings with 16 strikeouts, owners may get the impression that Severino’s troubles are behind him, but the core problem remains. He has induced grounders on only 24.0 percent of hit balls in those two starts. Until Severino gets more grounders, owners need to weigh their alternatives carefully.

Keep up with all the latest Fantasy Baseball news with Van Lee, Jeff Zimmerman and Rob Silver on the Launch Angle Podcast.