How To Win Your Standard Scoring Draft 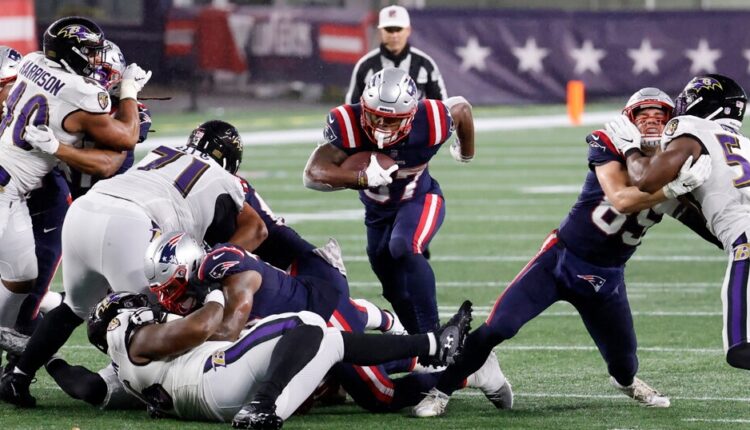 Preseason is finally here, and that means it’s time to start preparing for your upcoming draft. I know PPR, super flex and dynasty leagues are all, but there is nothing wrong with a good old standard scoring league. Trust me this article will have you in the best position to win your standard scoring draft.

I started playing fantasy football in a standard league, for over five years before I made the switch to PPR. During those five years, I’ve come up with these great tips that will help you ace your standard scoring draft.

Since you don’t get points for receptions, you have to prioritize your touchdown-heavy players. For the most part, running backs are going to get you the most touchdowns, so they are a higher priority than wide receivers. Players like James Conner, Damien Harris, and AJ Dillon jump up in rankings since they are more touchdown-dependent. Of course, a receiving back is important too since you have double the chance to score.

I would start three running backs every week in a standard league. These guys are going to get you the most touchdowns besides a quarterback.

The one great thing about standard scoring is, that you won’t lose to a player like Jaylen Waddle who is a reception machine. Last year in Week 3, Waddle had 12 receptions for 58 yards and no touchdowns. His final score was 5.8 fantasy points. In full PPR his score was 17.8.

So, touchdowns play a huge part when it comes to drafting. Grab those red zone threats.

In a PPR or half PPR league, I would just punt the tight end position if I don’t get Travis Kelce or Mark Andrews. However, you just need touchdowns. Leave the yards and receptions to your wide receivers.

Last season Hunter Henry had nine touchdowns, Dalton Schultz had eight and Pat Freiermuth had seven. These guys are easily draftable and can win your league.

Yards do matter, if you can get a touchdown or two in a game from your tight end, that’s going to leave you around 15 points. If you punt the tight end position, you could end up with Gerald Everette or Tyler Higbee who catch the ball but don’t score much.

Normally I would take a quarterback in the eighth or ninth. But, what I found useful is to grab the high-performing quarterback. Someone that can get you 25 to 30 points a game will win you your league. Rushing quarterbacks are even more valuable too.

I would easily take Kyler Murray or Lamar Jackson in the fourth after I take my two running backs and a wide receiver. When it comes to a standard league, it is boom or bust. And when it comes to these top quarterbacks, they can easily drop a couple 40 point games.

If you didn’t get a chance to read my PPR draft strategy, here is the link. Comparing the two, you can see strategies change drastically when it comes to a standard scoring league vs a PPR league.

Make sure you get those red zone threats and stack up early on running backs.