Hostile Takeover: How to approach taking over a dynasty roster 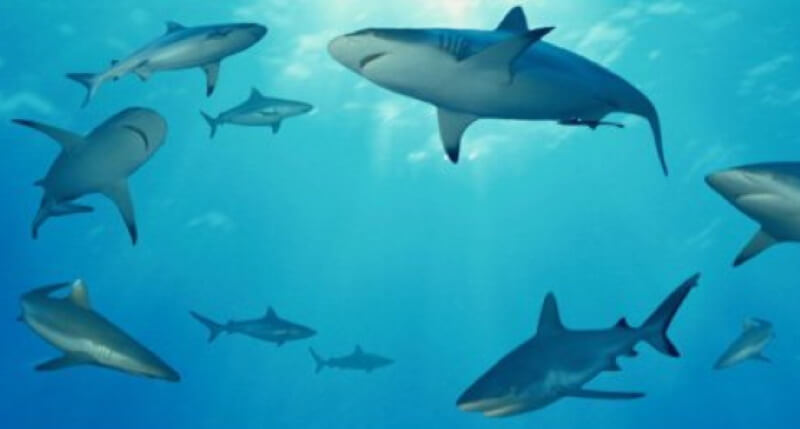 Last week I wrote on the steps you should take when evaluating your dynasty league going into the offseason: how to think about the league, your team, and what to think about when you make trades.

This week I’m going to tackle a related, yet also rather different, topic: team takeovers. A depressing inevitability of almost every dynasty and keeper league is that managers will leave – either because of life commitments, financial considerations, or just cause… When this happens your commissioner/the league is left in the unenviable position of finding a replacement – especially when the previous manager left either because their team was awful, or for other reasons but left behind a mess of a roster. As a rule, I don’t do take-overs as much, though the first dynasty leagues I did was a take-over that I’ve built into my favorite roster I have. However, I got convinced by a friend to take over a team a few weeks ago and have reminded myself of the unique challenges (and fun) you have when you take over a roster, especially a bad one.

Taking Over a Dynasty Roster

First, you need to make it clear you aren’t open for business . . . yet. If trades are open in a league when you join you’ll likely have some managers who have been waiting to trade with this roster, or at least are interested in seeing you trade (more on that later), and so you might get bombarded with questions – but it’s crucial that before you do that you take a step back and figure out your roster. You should be looking at the team’s build; strengths, weaknesses. Is it a team built more for contending or with a future orientation, or, the worst, in the middle. For now, evaluate this in a vacuum without knowing the other teams in the league – then you can see how you stack up. Make sure as you’re doing this you’re noting some basic league settings such as scoring categories to make sure you know what you’re looking at with your roster.

Next, as with last week, it is of course crucial to study and learn your league rules. Hopefully, the league has a well-designed constitution, but if not at least check out the league settings page in your league (in Fantrax this is found under other – league rules summary). If there are some rules that are a little ambiguous that everyone in the league just understands because it’s how things have always been done, then clarify with the commissioner. If the commissioner isn’t receptive to answering the questions – reconsider your decision to join the league. Next, as you look at the rules, some things to be sure to note – how are draft picks determined, especially in a H2H league, for the non-playoff teams? How are winnings determined? What are the scoring categories? What are roster and keeper rules? What are the rules about adding players both in the offseason and in the season? How are trades processed? Commissioner choice or league vote? Finally – what are the rules you would expect and are they there, and what are some of the more unique rules in the league? The league I just took over a roster in has some unique rules around keepers that dramatically change some of the necessary evaluation of player value in the league and has been an interesting wrinkle to consider.

Next, know thy enemy. It’s time to study the other rosters in the league. Something I like to do when I take over a team and am happy to do for managers who want it when someone takes over a team in a league I run, is add them to the previous season(s). In the Fantrax system, it’s fairly simple to just make them a co-manager of the team in previous year(s). Then they can see not only what the previous manager of their team did and what decisions they made, trades they made, etc… but, perhaps more importantly, can see how the rest of the league did. What were the standings? In a ROTO league – what sort of totals in a category would win a category? What teams were really strong? Which were weak? Which were in the middle and what are there trajectory? You can get a sense of this from studying the rosters (as you should), but also seeing how the results just shook out, especially if little to no trading has happened and it’s a true dynasty or a keep almost everyone, gives you a sense of the other teams and a starting point for evaluating what the other managers might think of their teams.

So now it’s time to look at the other rosters in the leagues – and take your time with this. As mentioned last week – you can do this using excel and breaking down where players on rosters fall in terms of Eric and Chris’ dynasty ranks, or FYPD ranks, or prospect ranks (jeez those guys do a ton of rankings and you should look at all of them). Then you can begin to get a sense of what the other teams have going on. Until you have a sense of the roster, it’s hard to begin to get a sense of how your roster fits into the larger picture and consequently what your next steps need to be in the league. It’s quite possible that you thought your team was a contender, or wasn’t a contender, or was stuck in the unenviable middle when you evaluated it, but upon examining the league you might find you were wrong about how your team stacks up and so dramatically shift how you move forward with your roster.

Once you’ve taken the time to evaluate your team and the other teams, then you can start deciding how to trade, who to trade, etc. So update your trade block, let teams know that you are open to trading and – especially if you have some players that would likely garner more interest, either win now or prospects – let the league know they are available. Now, in many leagues when a new manager joins the sharks are circling, both to get at a roster that likely has players to trade as the new manager decides what direction their team will go. And, as Ivan Vanko says in Iron Man 2:

When a new manager enters a league managers will try to feel out the new manager – is this manager someone who will make bad trades, or do they know what they are doing, so be prepared for some potentially bad trade offers. There are a few ways to work against this:

Mainly, just make good trades, and the league will learn soon enough that you are a good manager and good to trade with and talk about different transactions with. Another note with trades when taking over a team is that there is an idea out there that when you take over a team you want to put your fingerprint on a team, that you want to make the team “yours” and get “your” players on the team…. Ignore that. As in everything with trades/adds/drops/etc… the goal is to make your team better. By all mean go get players you like or players you think will take a big step forward, but don’t’ trade players just so your roster is different and you feel somehow more emotionally connected to that team.

Finally, just keep working on your roster and keep taking steps that move in the direction you have decided to take the team, be that trying to contend this year or if you are trying to rebuild a team to contend in the next few years. The team I just took over had a few good win-now players on it, but the teams at the top are so strong that that roster had no business even pretending to contend, nor did it have the prospects or younger players that could net some strong players to let me contend immediately. As such, I’m tearing down. I’ve already made some trades moving some really good older players to build my team to head towards the top in the next few years (hopefully).

Happy takeovers! And drop your takeover tales below – did you turn a mess of a team into a contender?

If you’re looking to take over a team check out D1S available teams here.