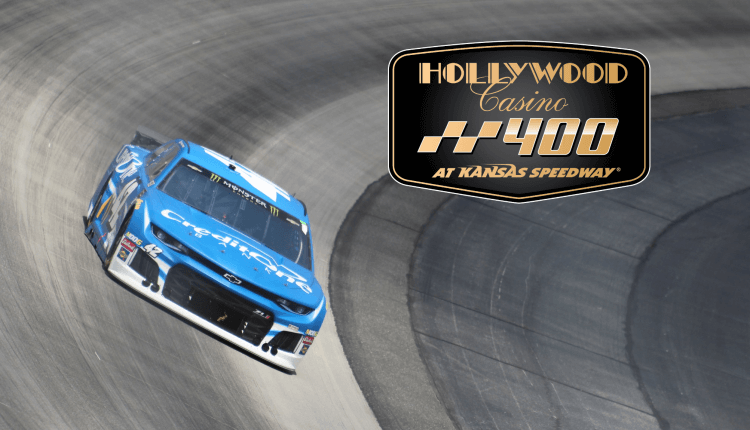 One playoff race (and a few engine fires) down, three more before our first elimination. To the midwest we go for the Hollywood Casino 400.

I play season-long Fantasy NASCAR on Fantrax, a fun, competitive game with over 200 of us that everyone should join in February. I also have a “home DFS” group that plays a small FanDuel cash game against strangers while also fighting for bragging rights among ourselves.

Last week, two of our regular members were unavailable, so I asked my parents to fill in. The entirety of what they know about NASCAR is from reading my articles. As is often the case, both of them cashed while the other three of us bottomed out after car fires, engine blow-ups, and the other array of crap that went down.

I asked why they chose the drivers they did. My mom said, “Well, I love Mark Harmon and NCIS, so that’s why I picked Gibbs.” My dad, a former band director, replied, “And Buescher is a brand of instruments.” While I’ve had an abundance of DFS success in my life, it’s nice to be reminded that logic sometimes has nothing to do with it whatsoever.

Back to the Hollywood Casino 400…

At different points during last week’s race, I thought Kyle Busch and Martin Truex Jr. had unbeatable cars. Then they both headed to the garage early. In last week’s preview, I touted Kevin Harvick’s prowess in Darlington. Then he went and took the “Cook Out” portion of the race title just a bit too seriously.

To say Harvick is unhappy with the NextGen cars (and NASCAR itself) might be a bit of an understatement.

NASCAR responded by making some rule changes prior to this weekend, including allowing the use of intumescent coatings to help prevent steel components from bursting into flames. I am all for some enhanced safety and competitive balance, as well as allowing for increased accuracy in our predictions.

Race No. 2 of the playoffs promises to be an exciting one. Let’s check out some early favorites for the Hollywood Casino 400.

With Kurt Busch out, Larson remains the most recent winner in Kansas. In the last five races, he has three Top 10s, two Top 5s, and one win while maintaining a 116.9 driver rating. I’ve been low on him for a while, but after his win at Watkins Glen and finishing 12th last week, Playoff Larson has arrived.

Hamlin not only managed to finish the race last week (an accomplishment in its own right), but he was also in a position to overtake Erik Jones on the last lap. He now sits in third place and looks to be running at the top of his game at exactly the right point in the season. With four Top 10s in his last seven races at this track, Hamlin will be sprinkled all across my GPP lineups for the Hollywood Casino 400.

A shocking last-place finish and first-stage exit knocked Chase Elliott out of first place in the Cup Standings for the first time in a good long while. I don’t foresee such misfortune befalling him two weeks in a row, though, and with a 104.4 driver rating, I like him in Kansas.

To add insult to a burning vehicle, Harvick is now in last place, and the threat of elimination looms over him. He has three races to climb at least four spots, and Kansas Speedway is a welcome sight for him. He carries a 108.9 driver rating with four Top-10 finishes in his last seven there. I like him because of his salary and because I don’t think the fire strikes twice.

Kyle Busch led 155 laps last weekend and looked poised to win before experiencing a blown engine on the last restart. The mishap landed him in 11th place in the standings, but the way he is driving currently, I like him at a track with his 102.8 rating, four Top 10s, and one win in his last seven. I expect good things at the Hollywood Casino 400.

Blaney is somewhat of a dark horse for Sunday with only one Top-10 finish in his last seven races. However, his rating is 90.8, suggesting he has driven better than the outcomes in Kansas. I like him in a straight-up Top 10 finish bet, and I imagine his salary will be favorable for rostering in all other formats. This is my “call” for the week, I guess you could say.

On the opposite side of the Blaney coin, Chastain scares me a bit heading into this race. His driver rating in Kansas is a paltry 70.5, with an average finish of 18th. Chastain is a great driver, and if his qualifying position is too low, we’ll have to rethink this a bit. But I don’t like his salary in conjunction with his lack of historical success, so I will be fading him for the Hollywood Casino 400.

Feel free to hit me up on Twitter at @thewonkypenguin with thoughts, and also check out my other stuff on Fantrax as we head into the magical time of year, where all the sports start moving at the same time. I’ll be back Sunday with DFS picks. See you then!