Getting Caught Up With Spring Training Bullpens & Signings 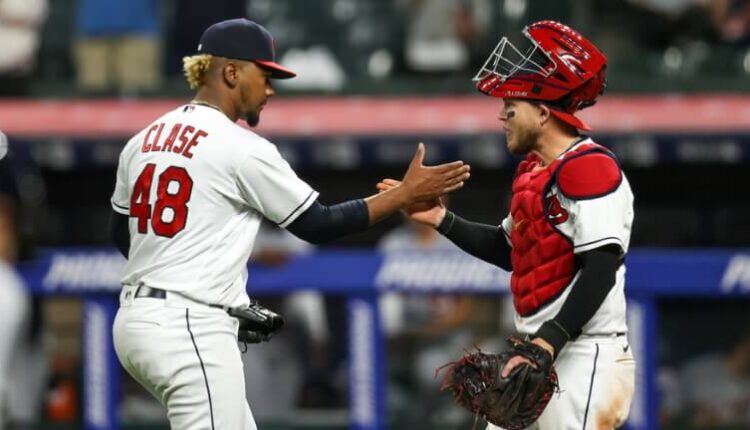 By far the biggest news of the week in bullpens was Kenley Jansen signing a one-year, $16 million pact with the Atlanta Braves Friday night.  Raise your hand if you saw that one coming. My first inclination, unfortunately shared to Twitter, was that the Braves could be a timeshare between Jansen and playoff hero Will Smith.

Upon further thought, Jansen will close, and Smith will be an eighth-inning arm.  With Tyler Matzek and Luke Jackson there, and the oft-injured Kirby Yates lurking, and the addition of Collin McHugh, this could be a bullpen for the ages.  Bump Smith down in your rankings but know he will now be a great holds candidate. GM Alex Anthopolous confirmed late that Jansen will in fact close.  Move him into your top 10 if he wasn’t already.

Subsequent to this move, you should make sure to move Blake Treinen into your top-10 closers as well…or should you?  Los Angeles Dodgers manager Dave Roberts has repeatedly said that the ninth-inning role is “fluid” and that he likes using Treinen in a multiple-inning role.  I would expect that Treinen will be a valuable piece in LA and will get save opportunities. The Dodgers have some other guys with closing experience in Tommy Kahnle and Daniel Hudson, as well as perpetual-closer-in-waiting in Brusdar Graterol. Will be interesting to watch this unfold. The price on Treinen is likely to balloon this week but be careful as he is not a guarantee as many would have expected with Jansen’s departure.

The Boston Red Sox signed Hansel Robles. Robles did a nice job in Boston after the trade deadline and should slot into a middle relief role for the BoSox.  Look for the closer competition to remain between Matt Barnes and Garrett Whitlock.  Hirokazu Sawamura will likely pitch the middle innings as he did last year. I still lean Whitlock here, but much depends on how manager Alex Cora wants to deploy his bullpen weapons.

Alex Colome signed in Colorado and should automatically be installed as the closer.  Holdovers Daniel Bard and Carlos Estevez seem better used in setup roles.  Beware of moving him up your board as Colome could become a trade piece if the Rockies struggle in a rugged NL West. Best guess if moved is that he does not close at his next stop.

Mychal Givens and David Robertson to the Chicago Cubs is intriguing with the injuries to Codi Heuer (TJS) and Brad Wieck.  It would seem that Rowan Wick will still get the first shot, as Givens seems better suited to setup and Robertson has not pitched regularly in three years.  Still, names to file for later.

The Los Angeles Angels signed Archie Bradley and Ryan Tepera. While both are solid additions, neither has a pathway to saves.  Raisel Iglesias sits atop the list here, while Mike Mayers and Aaron Loup also have setup roles.  Watch this one shake out to see who the best candidates for holds are.

Greg Holland to the Texas Rangers is an intriguing move.  He seems to always land on his feet. Joe Barlow is the incumbent, but I am unsure his skillset allows him to keep the role.  Remember that Jose Leclerc is also coming back from injury this year and may also be in the mix. And, they also signed Garrett Richards, who long has seemed to be a closer-in-waiting.  Demarcus Evans has also been a prospect in Texas, and he could be in the mix too.

Amir Garrett goes to the Kansas City Royals and Mike Minor goes to the Cincinnati Reds. Look for Garrett to slot into a setup role with Josh Staumont.  Scott Barlow appears to be the closer. A high-powered bullpen is taking shape in Kansas City.

Tyler Wells may be pitching bulk innings for Baltimore, according to manager Brandon Hyde.  That should leave Cole Sulser with a fairly clear path to save opportunities in the closer role.

Ian Kennedy signed with the Arizona Diamondbacks last week and is likely going to be in a setup role, supporting Mark Melancon.  But… if Melancon slips, Kennedy could find himself closing out the handful of wins the Dbacks will get in 2022.

Brad Hand to the Philadelphia Phillies, who signed Corey Knebel earlier in the winter, ostensibly to close.  If Knebel falters, or Hand looks sharp this spring, things could change here.

In St. Louis, new manager Ollie Marmol seems to favor a committee approach.  This may seem to hurt the draft value of Giovanny Gallegos, but in my opinion, he is by far the best option here.  Alex Reyes already has shoulder issues, and Jordan Hicks may be in the rotation.  In fact, this week it was reported that Reyes has a frayed labrum and the team does not expect him to be ready before June. A frayed labrum and the dreaded acronym PRP are bad omens.  That leaves Genesis Cabrera, Ryan Helsley, and the newly signed Nick Wittgren in the mix.  Look for Gallegos to be the best option as the spring ends, unless there is another signing or injury issue.  I am betting on Gallegos.

Joe Kelly chooses the Chicago White Sox. Manager Tony La Russa said this week that he expects Craig Kimbrel to remain with the team this year.  That adds intrigue but Liam Hendriks is among the three best closers in baseball, and we do not expect a change in the hierarchy despite this news.  I still think the White Sox trade him.

Sean Doolittle quietly resigns with Washington. Manager Dave Martinez has said that he wants Tanner Rainey in the closer mix with incumbent Kyle Finnegan.  I think Rainey wins the role outright, but Doolittle could spell him if he regains some form and Rainey needs a break.

Adam Ottavino moves to the New York Mets and falls into a setup role.  Look for him to get holds along with Trevor May.

We have also created what we hope are user-friendly bullpen depth charts that show the most likely options for the current closer, the closer-in-waiting, and targets for holds.

We have color-coded it in this simple way: teams shaded in red are unclear bullpens, teams shaded in yellow are in potential flux, and teams shaded in green are ones we feel are fairly certain at this point. We will update this chart weekly as we got through Spring Training.