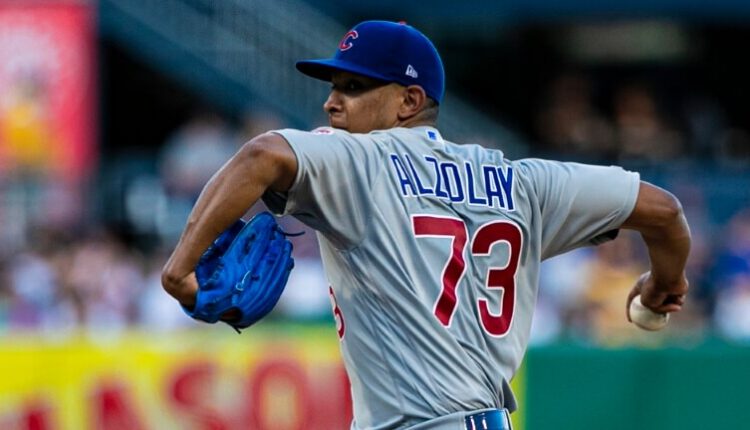 Finding quality pitching late in drafts can separate the contenders from the pretenders. The best fantasy managers are able to find hidden gems by looking where other managers have given up hope. Losing patience with disappointing players is easy to do, which is why we label late bloomers as “post-hype breakouts”. They didn’t perform as well or as early as we had hoped. But, those who have the moxie to stick with players they still believe in are often rewarded with breakout seasons from players who were “supposed” to breakout way sooner. Call them post-hype breakouts, sleepers, or even lottery tickets, but these three pitchers have a good shot of going from duds to studs in 2022.

Pitchers Who Can Go From Duds To Studs in 2022

I’ve always been curious about Alzolay. He had hype going into last season but didn’t perform well enough to be fantasy relevant. That’s all about to change in 2022. What sticks out to me about Adbert Alzolay is his pitch mix change last year. His slider became his most used pitch at 39.8% compared to a 6.7% usage in 2020. What is encouraging about the slider usage is that it is his best pitch. Alzolay’s slider had a 37.4% whiff rate along with a .186 xBA and .256 xWOBA.

Coming off of his first season utilizing his slider as his primary pitch, I expect Alzolay to polish his pitch mix as a whole. The slider was great, but his secondary pitches need to complement it. His sinker and four-seamer were his next most utilized pitches, but it’s his changeup I would like to see more. With a .212 xBA and 31.4% whiff rate, his changeup pairs nicely with his slider. If he can learn how to curate his pitch mix to capitalize on his best pitches, which he did with his slider, Alzolay has two plus pitches capable of making him a solid starter. I believe once he figures out his fastball mix, he’ll become a more complete pitcher.

The one glaring issue is that Alzolay had a home run problem in 2021. He gave up 25 homers in only 125.2 IP. Not surprising, he ranked in the bottom 15% of the league in barrel rate. The culprit? His sinker and four-seam fastball. Respectively, they had a .538 and .603 xSLG. Clearly, hitters were barreling up his fastballs. Alzolay did add a cutter last season that was more successful than both of those pitches, so he could be looking to implement that pitch in place of one of the others. He showed his willingness to throw his slider more, so the addition of his cutter could add a third solid pitch so he doesn’t have to throw his sinker or four-seamer as much.

Alzolay did move to the bullpen last season, so there is reliever risk. But, the Cubs are clearly in rebuild mode, so they should want to see what they have in Alzolay. He has a current NFBC ADP of 348, so he doesn’t cost much. When taking shots at that point of the draft I would rather have Alzolay’s potential rather than Zach Plesac or Marco Gonzales, both of whom are going a few rounds earlier. If he is able to fine-tune his pitch usage, Alzolay can go from a dud to a stud in 2022.

It’s safe to say Jesús Luzardo’s fall from grace was a steep one. Once the top pitching prospect for the A’s, Luzardo has now found himself on a new team. Luzardo’s new team, the Marlins, give plenty of promise for a bounce-back season from the young hurler. After struggling through 95.1 IP with both teams last season, why should you consider Luzardo for your squad in 2022?

For one, he has the stuff needed to be a quality starting pitcher. His curveball and changeup were by far his best pitches. The curveball was his most used pitch with a 28.6% usage, generating a 42.4% whiff rate. His changeup, on the other hand, was his least used pitch, although he still threw it 20.4% of the time. With a 35% whiff rate, his changeup clearly was his second-best pitch. Similar to Adbert Alzolay, Luzardo had issues with both his four-seam fastball and sinker. Both pitches got hit way too hard and overshadowed how good his curveball and changeup were. Again, like Alzolay, Luzardo made his best pitch his most used pitch in 2021. He just needs to figure out how to compliment his two best pitches with his fastballs.

Another reason I like Luzardo is because of the Marlins’ ability to develop pitching recently. Sandy Alcantara and Trevor Rogers have become fantasy studs and players like Max Meyer and Eury Perez look to be the next big arms coming from their farm system. Whatever Miami is doing with their pitching is working well. After an off-season with this coaching staff, I have to believe Luzardo will have made significant tweaks to his arsenal. As stated above, he has two great pitches, and his curveball might be one of the best in the game. His ability to add a consistent fastball that can limit hard contact will be Luzardo’s ticket to evolve from a dud to a stud this season.

It’s fair to say that Howard has not lived up to his lofty expectations. The former #1 prospect of the Phillies didn’t perform how he or the team believed he could. But, Howard didn’t disappoint just because he was bad. There were multiple factors that went into his uninspiring time with Philadelphia. After being traded to the Rangers last season, Howard explained how he and the Phillies just didn’t agree on his development process. With the Phillies’ playoff aspirations, they needed Howard in the rotation, and he just wasn’t ready. “I could have kept doing all the things I was doing in Philly and trying to get better in the wrong way, I guess?”, is how he viewed his development during his time with Philadelphia. Howard needed time and patience from an organization to develop as a starting pitcher, which resulted in the trade to Texas.

Now that Howard is with the Rangers, can he become what we thought he would be with Philly? To be honest, I have no idea if the move will make him a better pitcher than what he was with the Phillies. After the trade, his numbers were still ugly, posting a 9.70 ERA and 5.65 FIP in 21.1 IP with Texas. He never lasted more than four innings and only pitched more than three innings in two “starts.” I used quotes around “starts” because he started every game he appeared in with Texas, but never went deep into a game. Similar to his time in Philadelphia, Howard wasn’t used as a true starter on the Rangers. He filled more of an extended opener role, maybe trying to work on mechanics that he didn’t get the chance to with a contending Philadelphia team.

The Rangers did not trade for Spencer Howard with 2021 in mind. They know Howard had issues with his development in Philadelphia and was working through them while trying to be a big-league starter. Even the Phillies’ president of baseball operations, Dave Dombrowski, acknowledged Howard’s struggles weren’t surprising given the circumstances. Dombrowski on Howard’s struggles with the Phillies, “I think he’s been in a tough spot in his development situation here in the organization for an extended time. When you look back, he’s had some injuries, he had the COVID situation, down year last year, he had some issues in spring training delaying him a little bit. Watching his innings this year, moving him back and forth, I mean it was a tough situation for him.”

After a tumultuous 2021 season, Howard deserves a fresh slate with the Rangers. He’s had everything go against him since his 2020 debut and could rebound in a big way this year. He could also fall flat on his face and prove that he never will be able to be a major league starter. But, with an NFBC ADP of 597, I’m willing to draft Howard with my last pick in deeper leagues to see if he can get it figured out. At the very least, put him on your watch list and see how his first few starts go. Howard could surprise us and have the biggest dud to stud transformation of 2022.