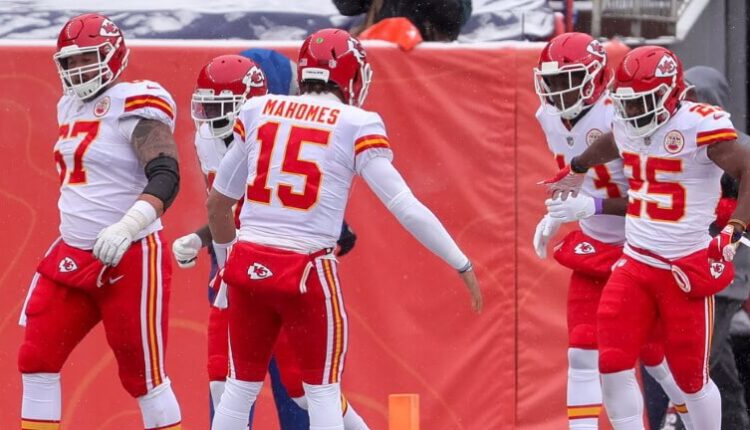 Are you ready to spice up your league and move away from the stagnant scoring of a standard league? If so, then it is time to try out the scoring format of points per reception (PPR). Also, if you are already in a PPR league, welcome and get ready to hear some PPR draft strategy for the 2021 season.

PPR Draft Strategy does not change drastically in the first rounds, but the middle to late rounds can lead your team to the championship or home. Generally, running backs are still very valuable in PPR as the position is still scarce. Also, you will be surprised how deep the wide receiver position is in production for PPR.

Before we get into PPR draft strategy, let us break down how PPR is different from standard scoring for first-time players. In PPR, when your running back, wide receiver, or tight end catches a ball, they automatically get one point. So, even if your wide receiver catches a ball for no yards, he will still get one point for the reception.

Doesn’t seem too different from standard right? That is true, but that one-point reception goes far when it comes to drafting and picking up players off of waivers.

To put things into perspective, last season, I single-handedly lost to Allen Robinson II in the championship. Robinson had 10 catches for 103 yards and no touchdowns. That stat line put him at 20.3 points in PPR, and for standard, he would have only had 10.3 points. I lost by four points.

Also, Robinson only had six touchdowns last year but had over 1,000 yards on 102 receptions. This is very valuable in PPR, and this is a player you could draft in the third round.

The nice thing about PPR is you can pass on top-name players in the early rounds, and find players with the same production in the later rounds. We can say the league now is a pass-heavy league over the ground game. So, you can find late-round wide receivers that will still be putting up close to 15 fantasy points per game. Players like Tyler Boyd or Corey Davis.

PPR is also a way to challenge yourself more and use strategy when setting a lineup. You could be down by 21 points going into the final game, and you have to choose between Cooper Kupp and Robert Woods and your opponent is done. In a standard league, 21 points is a lot for a player like Kupp and Woods has the touchdown ceiling. But, in PPR you have a great chance of breaking 21, with a short route catch specialist like Kupp over Woods.

You may have a broken TV at the end of the night when you are up 30, and Justin Herbert checks down to Austin Ekeler all game and end up losing. But that’s fantasy.

Now it’s draft time, but don’t worry, here are some pre-draft day strategies that will help you end up on top.

The first two rounds in PPR should be the same strategy as if you are drafting for a standard league. Go back-to-back running backs. The beauty of PPR is that the wide receiver draft pool is deep.

Even if you have a late pick around 7 to 10, you should still go running back. Even if Nick Chubb falls, who is an amazing running back but not ideal for PPR, he will still get you top-tier production simply off the ground game. Then in the second round, pick up a pass-catching back like Clyde Edwards-Helaire or Joe Mixon.

Chances are Tyreek Hill and Davante Adams will get taken early in a PPR draft. But, you can easily find wide receivers that will put up similar production as these two such as Amari Cooper. Cooper will be a steal in the third or fourth round.

Another PPR strategy is, after grabbing back-to-back running backs, if available, go for one of the top two tight ends in Travis Kelce or George Kittle. If they are available for your third-round pick, don’t hesitate, as these guys are pretty much wide receivers.

If these two go quick, then make a pick at a wide receiver and look for Darren Waller in a later round. There are other later-round sleeper tight ends you can get, but it is smart to get one of these three early. The rest of the tight end pool isn’t going to get 10 plus targets a game.

Building up your running backs and wide receivers in the early rounds is a great strategy to use for trades during the season. Then you can use those extra backups to trade for a quarterback if needed.

Also, one of the biggest PPR strategies is snagging a running back on teams that run a committee for their running backs. In a standard league, these players won’t put up the numbers you want. But, players like J.D. McKissic and Philip Lindsay can put up high numbers in the passing game. Even if they only get around 15 to 20 snaps a game. These are great super late-round picks.

PPR Draft Strategy 5: Get the players you want

In PPR usually, the second or third receiving option on a team will put up close to the same numbers as the number one just off receptions. Smaller names will put up big fantasy numbers.

Now get to preparing and good luck

Note fantasy championships aren’t won in the draft. Waivers will be huge and trades as well.

But, these tips will get you on the right track to formulate a championship team in your draft this year. Just remember to breathe and have backups when someone steals your pick right before you.

Best of luck and please no broken TVs this year.