Fantasy Roundtable: Which Player Made or Ruined Your Season? 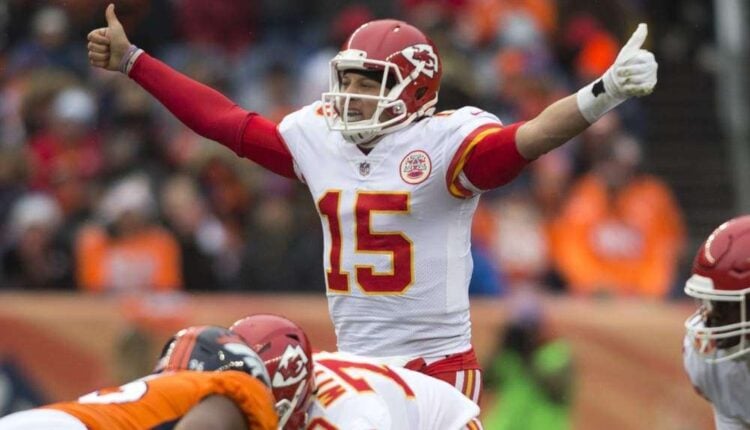 We’re starting something new within FantraxHQ. Each week we’ll be gathering our writers together in a fantasy roundtable to get their perspectives on a variety of topics. Start/Sits and Matchups are important, but GMs can approach fantasy from several angles. It can also be introspective. Regardless, the discussion gives us a chance to take a deeper look at what’s transpired this season. For Week 11, our writers were tasked with addressing the following prompt:

“We’re coming into Week 11 and, whether you’re sitting at 7-3 or 2-8, it’s time to get reflective. Who do you attribute your fantasy success/heartbreak to this year? This late in the season there have been many Start/Sit decisions we might want to take back. But if you could trace it back to one player, who would that be?”

I attribute most of my success to Zach Ertz, who had a fourth round ADP. Now, tell me where you’re going to find a WR1 equivalent at that price? While Rob Gronkowski and Travis Kelce were taken early, it’s Ertz who’s been the most valuable. Ertz enters Week 11 with the fifth-most targets (100) and red zone targets (17). He leads all tight ends in targets, catches (75) and yards (789). He’s on pace for 133 receptions and 1,403 yards which would shatter previous highs at the position from Jason Witten (110) and Rob Gronkowski (1,403). Only 8 wide receivers have more PPR points than Ertz and the best thing of all…I could set it and forget it. While Gronk owners were left frustrated all season, the rest lived the stream. Ertz has a career-high 87 yards per game and has shown amazing chemistry in year three with Carson Wentz.

On the flip side, the obvious heartbreak response is Le’Veon Bell. Fortunately, I didn’t draft him but if I had the second overall pick, I’d have most likely ruined my season. There have been several disappointing backs like Devonta Freeman, but Leonard Fournette stands out. There may still be time for him to lead you into the playoffs, but injuries are hard to predict. Fournette has played three games this season and 53 rushing yards is his best effort. He’s coming off a game where he touched the ball 29 times and scored his first rushing touchdown (two total). That’s the kind of upside that was appealing on draft day. No team ran the ball more than the Jacksonville Jaguars last season and they made moves to improve the offensive line. Fournette may just be a red flag for me from now on.

This offseason there was an exodus from Seattle that ranged from Jimmy Graham, who had accounted for 10 of Russell Wilson’s 34 passing TDs in 2017, to Paul Richardson. The lack of capital spent on a Graham replacement, along with offensive line issues helped me realize that there would need to be a viable WR2 for Wilson. When looking at the options, I surmised that Brandon Marshall was well past his peak and forcing Tyler Lockett to be involved. With no tight end of consequence on the team, I dug a bit deeper. Lockett’s measurables and production metrics checked the main boxes and his health seemed to be a non-issue according to offseason reports. Knowing that he had produced in limited opportunities as a rookie I gambled on acquiring him in a dynasty trade. He signed a contract extension with the team a week later and the rest is history.

It is easy to look at Andrew Luck now as an obvious must-start QB. I mean, the guy has thrown three or more TDs in every game since Week 4. But, those first couple of weeks looked bleak. Luck failed to throw for 200 yards in Week 2 or 3 and threw three total TDs. It didn’t look great for my “Andrew Luck will be a Top 5 QB this season” take and I got roasted for my “Andrew Luck will outperform Deshaun Watson” take. That’s right. Back in August, I wrote an article and dubbed Watson and Wentz a bust while stating that I would rather wait and take Andrew Luck. As Luck’s ADP climbed, I switched to preferring Luck over both Wentz and Watson. Because of this, Luck (and T.Y. Hilton) are my highest owned players. I hope you listened to this call (and ignored my Amari Cooper call) and are enjoying Luck’s play as much as I am!

This 2018 season has been a year of POINTS. It seems like fantasy teams are putting up 130 points per week. In a couple leagues we’ve scrapped Kickers and replaced the position with a flex, so making the right start/sit decision is critical. That is why I can attribute my success this year to not only waiting on a quarterback but also targeting Patrick Mahomes. Mahomes has exceeded all expectations in both fantasy and actual football. His 31 passing touchdowns are a single-season record for the Chiefs’ and an all-time record for the NFL. I trusted Andy Reid and the Chiefs after they traded the QB3 from last season (Alex Smith) in favor of letting their second-year player take over. He has dominated the NFL and in a time where points are more precious than ever, Mahomes has provided a higher floor for fantasy teams.

Thank you for reading this week’s FantraxHQ Fantasy Roundtable. Got an idea for next week’s question? Shoot it out to us on Twitter @Fantrax.