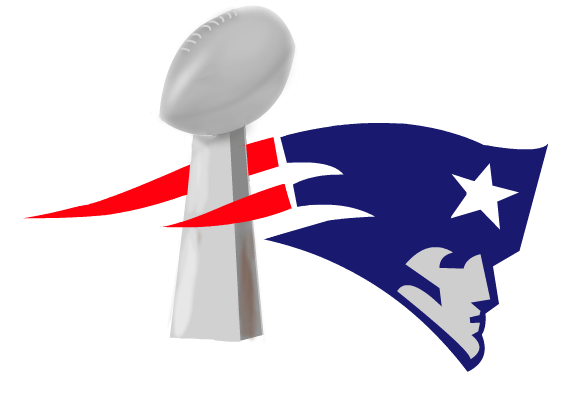 Much to the chagrin of most NFL fans, the New England Patriots yet again found themselves hoisting the Lombardi Trophy at the end of the season. The sixth ring for the Brady/Belichick era wasn’t exactly Thanos like in dominance. Instead, they once again took advantage of their soft division, got a bye, won a home playoff game and Bill Belichick created a miraculous first half gameplan (executed to perfection) to shut out the most dominant quarterback in the league. Sure, the Super Bowl was more of a chess game than a Madden game, but once again the Pats lack of mistakes and ability to execute in critical moments wins out. But that was last season. So, how do the defending champs stack up in 2019?

Impact: There’s no replacing Rob Gronkowski, but to be fair, Gronk was a shell of himself the last few years. Injuries affected his ability to catch the football and separate as he once did in his prime. Still, he was a target that defenses had to account for and now, he’s gone. Rather than “replace Gronk”, they’ll pivot to what they always do, and that’s utilize the talent they have on their roster and build an offense on those strengths.

Cordarrelle Paterson was a nice contributor, but easily replaceable. Trent Brown was a big loss, but the Pats were never going to make him the highest paid lineman in NFL history as the Raiders did. Isaiah Wynn will likely replace him. Wynn was drafted in 2018 but was out with a torn Achilles and the organization is high on him. The loss of the clutch DE Trey Flowers was addressed quite well and Malcom Brown never lived up to his potential.

Chris Hogan was a disappointment, so no loss there. The Pats went WR in the first round of the draft while bringing in some bodies to add depth. Unfortunately, Josh Gordon’s struggles continued and it would be shocking to see him play again. However, the Pats did retain his rights.

Impact: Veteran Michael Bennett has plenty left in the tank, is a winner, and will help the Patriots young defense continue to mature. Harris and Ellington are more depth than fantasy options, especially with Philip Dorsett returning (who showed a nice rapport with Tom Brady in his first year as a Patriot). Austin Sefarian-Jenkins was looking like a nice reclamation project with the Jets two years ago before getting hurt last year in Jacksonville. He could prove to be a bye-week plug and play TE play in 2019.

Impact: N’Keal Harry was considered by many scouts to be the most complete WR in the draft. While he may not have the breakaway speed some covet, he’s a catch monster and that falls right in line with the Patriots’ high-efficiency offense. He does all of the little things too, like block, and that will earn him immediate respect with the coaching staff. I can’t ever remember getting excited about a Patriots WR from a draft class, but Harry has an immediate opportunity to carve out a role for himself in the void of Rob Gronkowski.

Chase Winowich lasted far too long and the Pats basically stole a high energy pass rusher. Damien Harris was the best player on their board and considering Sony Michel’s injury concerns, he’s nice depth for a team that likes to cycle running backs in for a series at a time during a game. The rest of the draft addressed offensive line depth and the secondary. Jarrett Stidham could be the next “Patriot Project” that in two years gets dealt ala Ryan Mallet and Jimmy Garropolo for draft picks.

OFFENSIVE OUTLOOK: Tom Brady will be 42 and although he’s still a low-end QB1 heading into this season, the Patriots will continue to run the football and rely on their defense more than they did in Brady’s prime. Still, Brady is a lock for 4K yards and will approach 30 TD’s yet again. N’Keal Harry has drawn Dez Bryant comparisons. If that holds true, this WR corps won’t be as lackluster as it may seem on paper.

A healthy Julian Edelman will catch 90-plus balls and half a dozen TD’s. Sony Michel will continue to have a major role, and the confidence he earned with those strong playoff performances will carry over in 2019. When the Pats have a 100-yard rusher in a game, they have been nearly unbeatable statistically over the years. Sixteen games from Michel means 1.2K yards and 8 rushing TD’s.

DEFENSIVE OUTLOOK: The Pats were ranked 21st in total YPG defensively, but as always, timely turnovers and the “bend but don’t break” mentality got them to the mountaintop. They were 5th in turnovers and should once again be near the top of that ladder again, making them a decent fantasy defense. They were ranked 7th in points allowed and Tom Brady will run that ball control offense well enough again to keep pressure of this unit most weeks. It was easier to throw on the Pats than run on them last year, so keep that in mind with your fantasy match-ups in 2019.

2019 OUTLOOK: Once again, the Patriots will be a double-digit win team in the playoffs. Are you the one saying they can’t win another Super Bowl? Because I’m not and Tom Brady sure as hell isn’t.