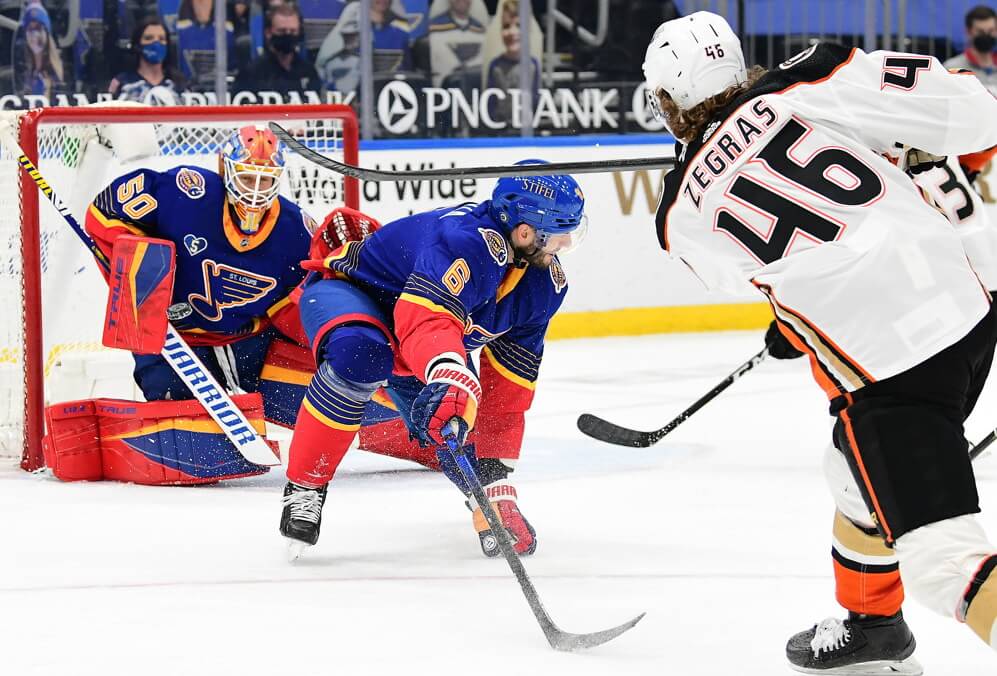 Welcome to the beginning of our 2021-22 Fantasy Hockey Draft Kit, and let’s start out by looking at some players set to play their first full NHL season. Below you will find my rookie rankings for the coming season of fantasy hockey.

This will be an unusual rookie class, as none of the 2021 entry draft selections are included. First overall selection Owen Power is returning to the University of Michigan, rather than setting his sights on an NHL roster spot. Given the amount of time he and other prospects have missed over the past two years, it makes sense to further develop their skill sets, rather than rush to the NHL.

Now that doesn’t mean none of them will play, some are bound to earn a few games, if not more. However, I think it’s the players that have had more development, and even had time in the NHL, that will be the ones to rise to the top of this rookie class.

Slipping to 15th overall in the 2019 draft, Caufield and his 5’7″ frame is proving the doubters wrong. Skill still matters most, and Caufield has plenty of it. He played 10 regular-season games last year, scoring four goals and one assist. Then he went on to score 12 points in 20 playoff contests. He was third in scoring on a team that went to the Stanley Cup Final. He’ll have a regular role with the Canadiens this coming year, and could tally 30 goals. I’d consider him the favorite to win the Calder Trophy as rookie of the year.

Knight played four games for the Panthers in 2020-21 and went 4-0-0 with a 2.32 GAA and .919 save percentage. He even made two appearances in the playoffs, despite Sergei Bobrovsky and Chris Driedger being in the picture. Knight was drafted 13th overall in 2019 and is seen as Florida’s goalie of the future. It’s a small sample size, but Knight is showing that he’s ready to be a difference-maker now. There’s a good chance he’s a Calder Trophy finalist this year. It will depend on how many games he plays, as he’ll likely split the crease fairly evenly with Bobrovsky.

Drafted 9th overall in 2019, Zegras split time between the NHL and AHL last year, netting three goals and 10 assists in 24 games with Anaheim. He scored 21 points in 17 games with AHL San Diego but is mostly remembered for his performance at the World Juniors. He was unstoppable, racking up 18 points in seven games en route to a gold medal. (The aforementioned Spencer Knight was also a key cog to that team.) Zegras arguably has the highest ceiling of any player on this list, as he boasts elite playmaking skills. Anaheim doesn’t have any guaranteed top-six centers right now, giving Zegras a clear path to top-six minutes.

The 2020 6th overall selection earned a call-up and made his debut partway through last season. Drysdale played 24 games, notching eight points. He averaged 19:35 of ice time, including 1:55 on the power play. While he only had one point on the man advantage, seeing time on the top unit is encouraging. If he can establish himself as a regular on the top unit, he and Zegras could help boost each other’s point totals.

Byfield is currently dealing with a foot injury, but it doesn’t appear to be a long-term issue. He played six games last year, netting a lone assist. He averaged 15 minutes per game, and that could be around the ice time he gets this year too. The Kings have Anze Kopitar and newly signed Phillip Danault ahead on the depth chart. Those two should eat up the tougher minutes, leaving Byfield on the third line with some easier matchups. He was drafted 2nd overall in 2020, so he holds plenty of potential.

Byram should have played more last season, but an upper-body injury limited him to just 19 appearances. His offensive output was underwhelming, scoring no goals and a pair of assists. Don’t let that dissuade you from drafting him, as defensemen tend to take longer to reach their potential. He was drafted 4th overall in 2019, and still has the tools to become a top pairing defender. While Cale Makar will be the main point generator, there is plenty of talent in Colorado to help Byram gain fantasy value.

General Manager Steve Yzerman turned heads when he selected Seider 6th overall in 2019. Detroit has been patient with Seider, and it looks like they were right to do so. He has improved each year since the draft and should be ready to take the next step. He could slot into a top-four role and figures to eventually become Detroit’s main anchor on the blue line.

Selected 10th overall in 2019, Podkolzin has spent the past two seasons in the KHL. In 2020-21 he posted 11 points in 35 contests, followed by another 11 points in 16 playoff outings. He doesn’t possess the natural skill level as some other forwards in these rankings, and it will reflect in his point totals. His work rate is top-notch though and should provide him extra value in leagues that count PIM, hits, and blocks. Vancouver has had a busy offseason, so it remains to be seen where he’ll slot in. Likely the third line to start, but it’s possible he ends up on a line with Bo Horvat or Elias Pettersson.

The 22-year-old netminder played incredible hockey when given the chance last season. Swayman had a 7-3-0 record with a 1.50 GAA and .945 save percentage. Those are fantastic numbers, and he had a pair of shutouts to boot. He looks poised to be a starting goalie for the Bruins. So why is he so far down the rankings? Boston went out and signed free agent Linus Ullmark to a four-year deal worth $5,000,000 per season. That isn’t the contract you give to someone you expect to be the backup. On top of that, Tuukka Rask could return halfway through the season, pushing Swayman to the number three spot. Despite all that, Swayman could persevere and earn the starting role. Even if he doesn’t, he should be drafted and rostered whenever he plays.

Complications with Covid-19 prevented Rossi from earning a spot with the Wild last year. He appears to be healthy now, as he played in the Olympic qualifying games for Austria. Minnesota lacks a dynamic center, and Rossi has the talent to jump into a top-six role right away. If he lands on a line with last year’s Calder Trophy winner Kirill Kaprizov, Rossi could be in for a big year.