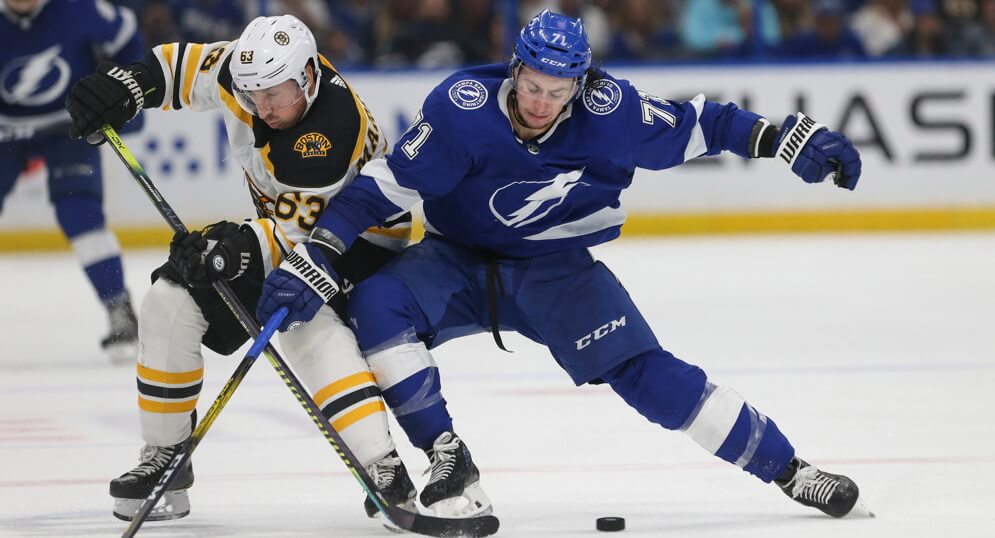 The 2020-21 NHL season is here! Coming up just around the corner here on January 13th. The schedule is set for a 56-game season and a whacky new alignment consisting of four new divisions including the North Division which will be an all-Canadian division. Should be lots of scoring there oh baby! Now it’s time for drafts so let’s dive through the my 2021 Fantasy Hockey Rankings and go over some key targets and risers you should keep your eye on during draft day.

It really is all about the scoring settings so make sure you analyze it deeply. If you play in a league with face-offs Leon Draisaitl over Alex Ovechkin is the better choice. I normally like to start my drafts with two strong forwards. Your table setters as I like to call them, build that strong base and have two solid guys to count on for production. If your league has over four goalie categories, it’s hard to argue against Andrei Vasilevskiy but normally I like to wait until round three and take a chance on someone else.

At the end of the first round is where it starts to get interesting. Don’t sleep on Mika Zibanejad who was 4th in the NHL in goals last season. It’s always nice to plug multiple positions as well, if your first pick is a Center, then go winger with your next pick. I love pairing a Zibanejad at the turn with an Andrei Svechnikov who has even more value in a hits league. This way you’re knocking off some solid points, goals and hits with your first two picks.

It’s key to adapt in drafts. You have to pay close attention to the certain runs in the draft such as the Goalie run. I think it’s pretty imperative to snag a goalie here whether you have the first pick of the round or the last and it’s okay to reach. If this you’re nearing the end of the third round and five-six goalies are gone, you better take no.7 on the list even though his ADP could be a round or two below. It’s vital to have at least one top-10 goalie to start that foundation in net.

I am always looking for versatility in drafts. How many categories can this guy contribute to my fantasy team. Brady Tkachuk is someone I like here. He’s still super young with tons of upside. But contributes to goals, points, PIMS and hits. Someone like Aleksander Barkov could get quite a few more points than Brady, but the hits and PIMS totals are massively in favour of Tkachuk.

Rounds 5 is usually where I like to take my first defensemen. This is where you can still get a game-changer type defenseman such as Alex Pietrangelo or Quinn Hughes. It’s all about the building blocks baby! Now it’s time to keep varying between your forwards, defensemen and making sure you get your second goalie. Goals are always a bonus. Alex Debrincat is high riser for me starting the year playing with Patrick Kane. It should be a two-man show for them to start the year. Jeff Petry is a quality defenseman to target in the 8-9 round range on an improved Canadiens team who produce tons of high scoring chances.

Rounding out your bench with some young talent or players with upside is always a good way to end your draft. That mixed in with finding a category you notice you might be lacking or a position you find yourself scarce in is a good way to start here. Don’t have many centers? Take a shot at Anthony Cirelli who’s got a top-six role with the Lightning.  Short on wingers? Take a shot on Nikolaj Ehlers who’s paired with Mark Scheifele and Blake Wheeler or Denis Gurianov who’s on the top line in Dallas. Finding the perfect balance of scoring, defense, young players and veterans is the key to building that fantasy championship! Good luck with your drafts!