Fantasy Formula 1: Explanation and Round 1 Picks 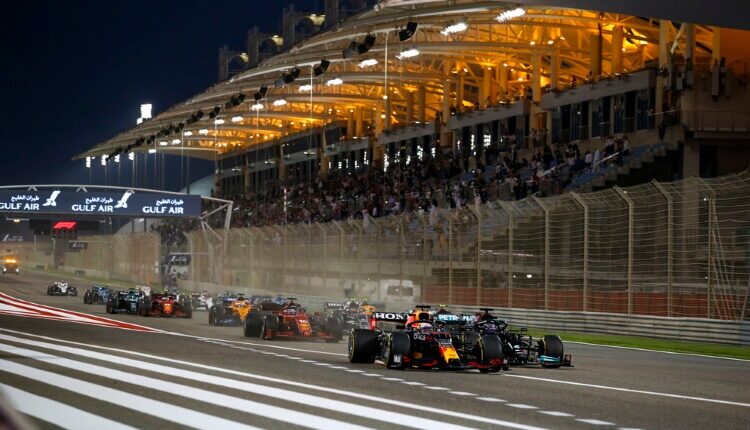 Welcome to Fantasy Formula 1! The newest sport on Fantrax is here, so grab your friends, start a league, and get to select your drivers. It’s Round 1 and the season kicks off with the Bahrain Grand Prix this coming weekend. We are here to help explain the Fantasy F1 game, as well as help get your driver selection correct for Round 1!

As it’s the first-ever week of Fantasy Formula 1 on Fantrax, let’s start off with some context on how the sport and fantasy game actually work!

Formula 1 is a motorsport that takes place across the world and lasts 22 races. There are 20 drivers representing 10 teams and every driver races in every race (barring sickness, injury, etc.). Each race generally takes place in a different city (and often different country) and drivers accrue points during the season for their placements in each race.

On each race weekend, there is a day of practice (called Free Practice), a day of qualification, and race day. Drivers compete in qualification for fastest lap times to determine starting positions on race day. Competing for pole position (the furthest forward starting position) is a crucial aspect of the sport. On race day, the 20 drivers attempt to complete 40+ laps in the fastest time, and the top 10 finishers score points.

At the end of the season there is a Driver Champion, who is the driver who scored the most cumulative points from all the races, as well as a Constructor Champion, which is the team who scored the most cumulative points between their 2 cars/drivers. Formula 1’s fandom has reached new heights after the soaring popularity of Netflix’s Drive to Survive series which documents the on and off-track drama throughout each F1 season.

As for how Fantasy Formula 1 actually works: Fantrax’s default setup is that managers select a roster of drivers each race weekend. Those drivers either come from the entire pool of 20 drivers (Pick Any Drivers configuration) or from tiers of drivers (Driver Tiers configuration) where you must select at least 1 driver from each tier.

On top of that, there is a H2H option where you compete against one other manager each race weekend for a win and there are playoffs at the end of the season (like traditional fantasy American football) as well as a Total Points option where your accumulation of points over the course of the season determines the final standings.

In terms of fantasy scoring, the default setup sees drivers accrue points predominantly for finishing place (PL), places gained (PLG), and places lost (PLL). Places gained and lost are determined by the difference between a driver’s qualifying position and finishing position. Drivers also gain points for finishing the race (F) and finishing ahead of their teammate (FT). Drivers lose points if they are disqualified (DQ) or otherwise do not finish/classify for the race (NC). Rosters lock before the first race (either full or sprint) of the weekend, so generally early Sunday. All of this scoring and roster setup is configurable, as always is the case on Fantrax! Fans who want more complexity in their game can opt to include qualification or lap-specific statistics in their customized scoring or lock lineups before Free Practice/Qualifications.

Strategy-wise, managers of course want to pick the drivers who they think will win or finish/place near the top of each race. But managers should also consider drivers’ qualifying positions, as ultimately a lower qualifying position lends itself to more potential places gained, whereas a higher qualifying position lends itself to more potential places lost (but still a higher chance of finishing in a higher place). Disqualifications and DNFs (did not finish) deduct significant points from drivers, so managers will also want to consider the risk and reward of picking inconsistent or more reckless drivers. 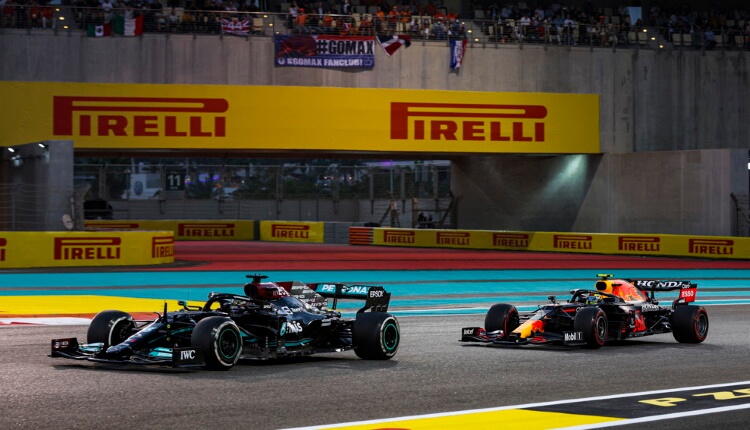 For the sake of this article, we will be focusing on the Tiers version of Fantrax Fantasy Formula 1. In the default version of Tiers, each manager must select 5 drivers from 4 tiers (1 from A, 2 from B, 1 from C, 1 from D). Drivers are generally categorized in tiers based on their preconceived values going into the season. Now for our top selections per tier for this week in Bahrain!

Tier A will always be a dilemma between selecting 1 of 2 drivers: 7-time World Champion Lewis Hamilton driving for Mercedes or 2021 World Champion Max Verstappen driving for Red Bull. Their epic battle came all the way down to the final race of last season and Verstappen ended up winning the title in the last possible lap after some controversial officiating decisions.

Going into the 2022 season, teams and drivers participated in the preseason testing, where Red Bull and Verstappen displayed some serious pace while Mercedes struggled with car performance issues on and off. In interviews, the Mercedes team has made it sound like they have their work cut out for them early in the season to stay near the top of the pack, but they have also been known to undersell their performance before and come out incredibly strong on race day. With that context in mind, as well as sportsbooks giving Verstappen a 32% chance of winning the race in comparison with Hamilton’s 24% chance of winning, the Red Bull driver, Verstappen is our selection this week.

Tier B consists of the best of the rest. In previous years, Ferrari and McLaren have lagged behind Mercedes and Red Bull but have comfortably beat the remaining teams. Verstappen and Hamilton have been a class above all other drivers including their teammates frequently. So tier B consists of the 2 McLaren drivers (Lando Norris and Daniel Ricciardo), 2 Ferrari drivers (Charles Leclerc and Carlos Sainz) and each 2nd driver for Mercedes (George Russell) and Red Bull (Sergio Perez).

Rising star, Pierre Gasly from Alpha Tauri, and prior champion, Fernando Alonso of Alpine are in the tier for good measure, and will often offer good differential picks, particularly if they can expand on their promising preseasons. George Russell is generally thought of as 1 of the best drivers in the world, and now that he has got his move to the powerful Mercedes team, he is expected to finish top 3 or 4 in the Drivers Championship this season. However, we’re opting to save Russell for future weeks as we think the Ferrari drivers offer more promise this particular week.

Mercedes’ preseason issues aside, Russell is relatively new to the team and the car (despite a heroic showing in it for 1 race during the 2020 season) so he’s a high risk reward option this week. Ferrari drivers, Leclerc and Sainz, on the other hand, are drivers returning to the same team, and that team had an excellent preseason with multiple other teams claiming they’ll be the ones to beat early in the season. The oddsmakers tend to agree and have both Ferrari drivers only behind the Tier A options for odds to win in Bahrain. Both drivers tend to be very consistent, and that characteristic combined with the preseason hype around their team means we’re selecting them this week.

Tier C and D are where decisions start to get even trickier. The beauty of the tiers system is on full display when you are picking guys who could very possibly finish in last or in the top 10. Tier C predominantly consists of the middle of the pack drivers and teams: Alpine, Aston Romero, and Alfa Romeo. You have former F1 champions like Sebastian Vettel now driving for slower teams as well as newcomers to the league like Zhou Guanyu. We’re backing neither this week though, and instead going for Alpine’s Esteban Ocon. The 25-year-old Frenchman finished 11th last season ahead of all his fellow Tier C (and D) drivers and is expected to finish 10th this season. Alpine had an inconsistent preseason but ended on a strong note and is somewhat confident in their pace. Ocon is thus our pick this week as we think he drives the best car in Tier C and has the driving skills to boot.

Finally, we have the very entertaining and challenging Tier D. The consistently bottom tier teams, Haas and Williams, and their drivers are accompanied by Yuki Tsunoda, the Alpha Tauri driver who so far has not gotten nearly as much out of his team’s car as his teammate Pierre Gasly (Tier B). These drivers are all very unlikely to get top 10 finishes and thus will likely not accrue points for their finishing place.

That means instead of trying to get high placing drivers, we have to logically pick drivers who will 1) finish the race, 2) finish ahead of their teammate, and 3) hopefully gain places from their qualifying position.

This week our decision comes down to 2 drivers: sophomores Mick Schumacher of Haas and Yuki Tsunoda. Haas has been relatively more exciting in preseason showing flashes of pace, and Schumacher is thus favored to qualify ahead of Tsunoda on Saturday. Both Tsunoda and Schumacher are unlikely to finish in the top 10 this week (33% and 25% respectively) so counting on their finishing place for fantasy points is likely a lost cause. However, what that tells us is that since Tsunoda is expected to start behind Schumacher and finish in front of him, the Japanese driver is actually expected to make up more ground in the race itself on Sunday. What that means is that Tsunoda is expected to gain more places in the race (even if it is from maybe 14th to 12th) than the Haas driver. Tsunoda is less likely to finish in front of his teammate than Schumacher but the marginally higher expected places gained is enough for us to pick him as our final driver this week.

Now get picking and enjoy the first Formula 1 race weekend! If you want to try out Fantrax Fantasy F1 in a pre-arranged league, please come join us in our ‘Draft Society Does Fantasy F1’ league, as advertised here on Twitter!