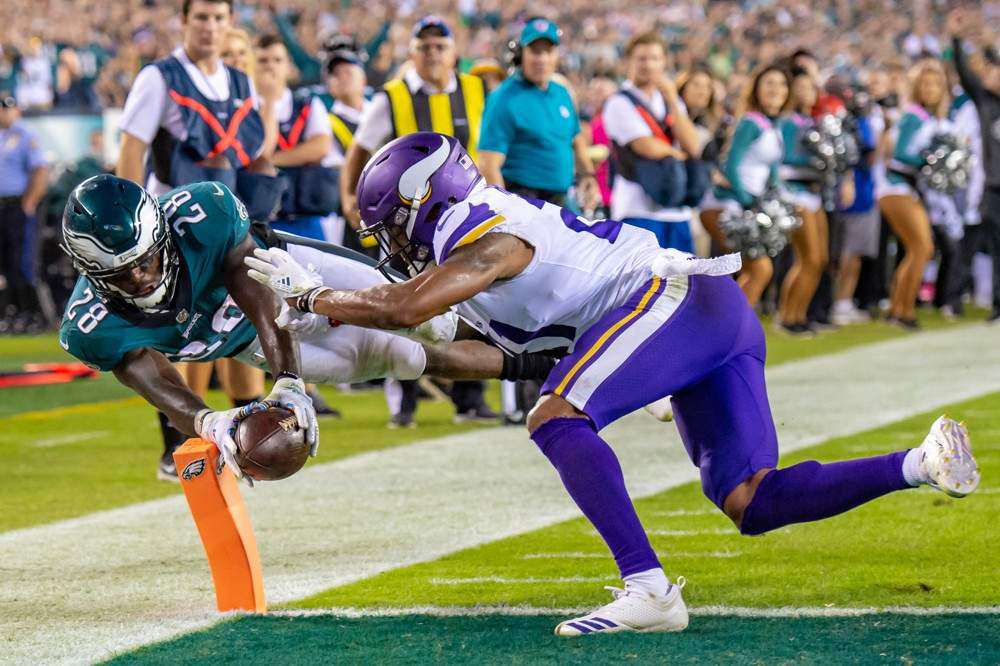 The biggest injury news heading into Week 6 of the fantasy football season surrounds yet another running back, this time Jay Ajayi. The Philadelphia Eagles’ running back will mess the rest of the season due to a torn ACL. It’s been a rough four years in the NFL for Ajayi who has an injury history that dates back to his time at Boise State. Ajayi may have played his last game as an Eagle as he’s a free agent after this season. It’s next man up for Philly, but the question is who might that next guy be? Fantasy football owners will no doubt be taking shots on the Week 6 Waiver Wire to find out.

Leonard Fournette is already ruled out of Week 6 and Corey Grant has been ruled out for the rest of the season. All of a sudden T.J. Yeldon is in line for a whole lot of work. The Jaguars may also be in the market for some help at RB. For now, you can roll out Yeldon with confidence. Jamaal Charles is reportedly working out for Jacksonville this week.

The Tampa Bay Buccaneers return after a bye week and they’ll look much different on offense. It was Jones who out-performed Peyton Barber in Week 4, and he’ll have had two weeks to run with the first team offense with Winston under center. He takes over for Ryan Fitzpatrick and Brate replaces an injured O.J. Howard. It’s also a pretty good matchup against the Atlanta Falcons.

Corey Clement is owned in 70 percent of Fantrax leagues and if you remember, he was the back I suggested people to take over Jay Ajayi. With Ajayi ruled out for the rest of the season due to a torn ACL, the Eagles’ backfield becomes a bit less crowded. Don’t get me wrong, it’s still very crowded and Doug Pederson will continue to keep you on your toes, but this injury opens up an opportunity for Wendell Smallwood. He only touched the ball six times last week, but had three catches, including a receiving touchdown. He also had a successful two-point convo which he ran in. Smallwood has had three catches in each of his last three games.

Clement has missed the last two games, but returned to practice Monday and is expected to play Thursday against the New York Giants. It was Clement who led the Eagles with 16 carries and 19 touches in Week 3’s game in which Ajayi was sidelined. Smallwood had 10 carries, a rushing touchdown and three catches in that contest. Both backs were productive, and both were used in the red zone. Smallwood should get first crack at goal line work, but Clement has eight red zone rushing attempts. Like, I said…Pederson will keep you guessing. He’ll likely sprinkle in rookie Josh Adams and It’ll be worse when Darren Sproles returns, although he seems like he’s out this week.

Having said all that, Clement and Smallwood should be owned in leagues. I’ll have Smallwood ranked slightly higher, but both will get touches moving forward. The Eagles could also trade for someone and they’ll both become wasted adds. It’s tough to use a number one claim on Smallwood, but if you need a win and don’t have a running back, you may not have much of a choice. Le’Veon Bell would look good in that Philly green!

Alfred Morris has made multiple appearances inside these waiver wire articles, due to Matt Breida’s health. Breida is already ruled out of this week’s game, so Morris should get a full workload if you’re in need. Morris had 61 yards on 18 carries and added another 30 through the air on three grabs. 15-20 touches this week is not out of the question. Kyle Juszczyk has value in deeper PPR formats. He had six catches last week and has 14 in five games to go along with 197 yards. His 49ers will be playing from behind a lot this season.

I have no idea why Keke Coutee’s ownership is still below 60 percent. Maybe you didn’t believe in his 15 target, 11 catch and 109 yard game in Week 4? Will Fuller was active in Week 5 and Coutee was still productive with six catches for 51 yards and a touchdown. He had a fantastic catch in overtime which led to a game winning field goal. Fuller doesn’t hurt Keke’s value, it’s Keke that hurt’s Fuller’s.

This Indianapolis Colts are very thin on offense. They can’t run the football and the defense has not helped Andrew Luck. In fact, it’s resulted in a league high 245 passing attempts from Luck so far. He thew the ball 59 times last week and 62 times the week before. Running back Nyheim Hines leads the team in catches with 29 and Chester Rogers checks in third with 24. Rogers had 11 targets and eight catches for the second straight week. That includes one game with T.Y. Hilton and one game without him. That’s a lot of volume which is unlikely to change. Ryan Grant should also be owned.

Mike Davis remains in this week’s column as he checks in at under 50 percent of Fantrax leagues. Chris Carson returned to the Seattle lineup and Davis was still involved in the offense. After totaling 124 yards on 25 touches without Carson, Davis racked up 75 total yards on 14 touches in Week 5. His performance wasn’t quite as productive as Carson’s 127 yards on 20 touches. Carson had an impressive 116 yards on 19 carries and made it clear he’s the starter when healthy. That doesn’t mean Davis shouldn’t be owned.

Lamar Miller is expected to return this week, but we saw the kind of usage Alfred Blue picked up in his absence: 20 carries and eight catches for 73 receiving yards. The fact that Blue only had 46 yards on the ground, should have you looking to potentially add D’Onta Foreman. The sophomore back is reportedly a couple weeks away from returning to the lineup. It’s a crowded backfield, but nobody has excelled in it yet. Foreman has the highest ceiling and is the better stash. You can never have too much depth, though, as Blue makes for a solid addition in deep formats. You can’t ignore 28 touches.

Taylor Gabriel finished Week 4 with seven catches, 104 yards and two touchdowns which was good enough for a fifth place finish at the position. His seven catches were tied with Cohen for the most on the team and his seven targets were the most at WR. Gabriel leads the Bears with 29 targets, 22 catches and two touchdowns. Gabriel won’t score a lot of touchdowns this season, but for now he looks to be a big part of this offense.

Good on those who grabbed Marquez Valdes-Scantling off the waiver wire last week. He made for a solid start Sunday against the Lions, as he filled in for an injured Randall Cobb and Geronimo Allison. MVS reeled in seven of his 10 targets for 68 yards. He scored a touchdown and almost found the end zone a second time, but it was called back and placed on the half-yard line. Allison could return this week, but Cobb may be sidelined for a couple more weeks. Valdes-Scantling may just be a short term add as the WR core could be fully healthy when they return from a Week 7 bye.

Like these Week 6 Waiver Wire adds? Get more Chris Meaney on his new podcast, By Any Means. Each week he’ll bring in guests from around the industry to break down all the fantasy news you need to know for your march to the championship.