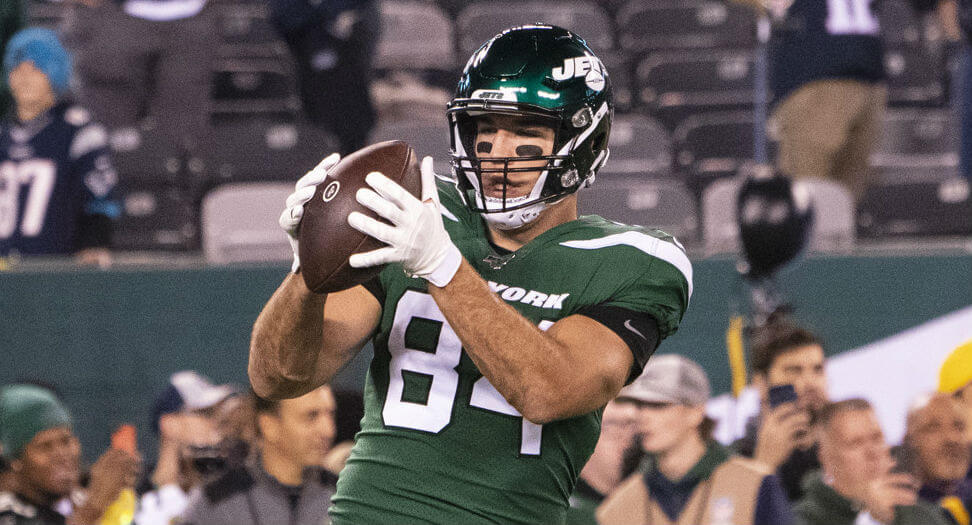 At this time of the season, the waiver wire is extremely thin. The reason for that is because the bye weeks are over and everyone’s starting roster is pretty much filled. There’s still work to do though because there are still players on the wire who can become league-winners. With that in mind, let’s get into our Week 13 Waiver Wire.

This guy was actually in our article last week but he’s available in way too many leagues. Anytime you can find a bell-cow back who’s going to regularly get double-digit carries, you have to consider riding him. Scarbrough has definitely captured that early-down role for the Lions, recording at least 14 carries in back-to-back games since signing with Detroit. That’s added up to 32 carries for 153 rushing yards and one TD in those two games and it’s not like we need to worry about any of the other crappy running backs on this roster taking away carries. While he does have some tough matchups on the horizon, he’s definitely worth a look in deeper leagues with that workload and the potential to get the bulk of goal-line carries.

With James Conner seemingly injured every week and Jaylen Samuels running into the ground every time he totes the rock, Snell has established himself as the Steelers best back. That was clear in Week 12 when Snell led the way with 21 carries for 98 yards. Those 21 carries are an eye-popping number and it says a lot that they gave Samuels and Trey Edmunds just two carries apiece. He actually had 17 carries for 75 yards in a similar circumstance on October 13 and it’s clear they’re comfortable riding him if the oft-injured Conner is to miss any more games. The upcoming schedule is the icing on the cake, with the Steelers facing the Browns, Cardinals, and Jets in three of their next four games.

If there’s one thing that people need at this time of the year, it’s tight ends. The thing that makes Goedert intriguing is the fact that he’s developed into one of the Eagles’ top targets. In fact, Goedert has at least five targets in five of his last six games while collecting 14 total targets over his last two games. A lot of that has to do with all of the injuries in Philly, as DG should continue to see major work with Nelson Agholor and Alshon Jeffrey both nicked up. We absolutely love that he’s become a major red-zone target for Carson Wentz too, scoring three TDs over his last five games. Not many tight ends have that on their resume’ with that sort of usage in their back pocket and it’s worth taking a shot on him if you’re thin at tight end.

Everyone was so high on Chris Herndon early on but Griffin has essentially taken over that role. Sam Darnold appears to really like him too, with those guys connecting on five TDs over their last seven games. That also includes a five-catch, 109-yard gem in Week 11, proving that he can do more than just score touchdowns. The absence of Herndon has also opened up the door for Griffin to play a ton, ranking second on the team with an 88 percent snap share. Not many tight ends are playing that much and we love that he faces the Bengals and Dolphins over the next two weeks.

With playoffs right around the corner, streaming the right D/ST can be the difference in your matchup. As someone who streams in nearly every league every single week, Carolina is going to be my go-to this week. The reason for that is because they play host to the lowly Washington Redskins. Since Week 2, this team hasn’t scored more than 19 points in any game while ranking dead-last in both yardage and points scored. They aren’t even averaging 13 points a game in that 10-game span. That’s truly horrific and it’s got to be scary against a Carolina defense who’s flashed moments of brilliance this season. The odds really love this play, making the Panthers a 10.5-point favorite in a game with a total of 40. That means Washington is projected for only 15 points, the lowest team total of the week.

The Jets have quietly been a really good defense the past few weeks and we have to love them against a dreadful Bengals offense. Let’s start with that matchup, as Cincy currently ranks 26th in total yardage, third in turnovers, fourth in sacks surrendered and 31st in points scored. That doesn’t even take into consideration that this offense is without A.J. Green, with Ryan Finley being one of the worst quarterbacks in the NFL. It does sound like Andy Dalton will return here but he’s been just as bad.

All of that is terrifying news against one of the hottest D/STs in fantasy football, with the Jets averaging 14.4 fantasy points per game in standard formats over the last three weeks. They’ve actually accumulated eight sacks, two interceptions, three recovered fumbles and two touchdowns in that span too. That’s why we’re looking at a measly 39.5-point total, with the Bengals projected for just 17 points.

DeVante Parker (MIA): Parker has been in this article all season long and he’s still available in many leagues. That’s shocking from a guy who’s a Top-20 WR over his last eight games.

Rashaad Penny (SEA): Chris Carson just had his eighth fumble of the season on Sunday and that could garner Penny more work going forward.

Ryan Tannehill (TEN): Since taking over for Marcus Mariota, Tannehill has been a Top-10 QB and gets to face the Colts, Raiders, and Texans over the next three weeks.