2019 Fantasy Football: Upside Picks Available After the 10th Round 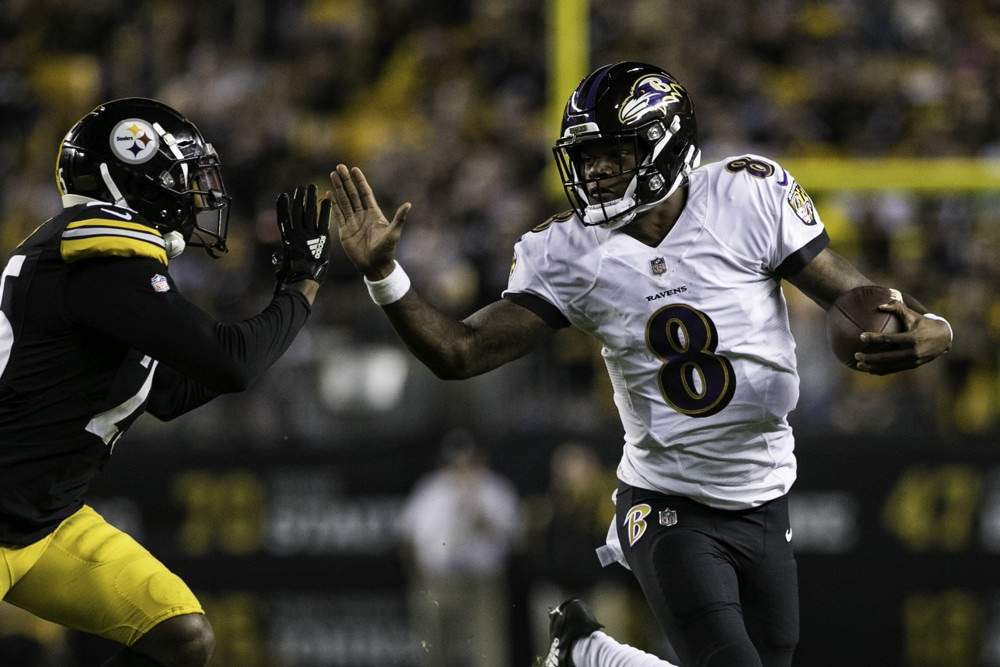 Gary Davenport zeroes in on the upside picks late in your fantasy football drafts that could be season changers for your entire season.

So, you’re 10 rounds into your fantasy football draft. You’ve already assembled a solid cadre of running backs and a strong corps of wide receivers. You’ve locked in a starter at quarterback and/or tight end. You have enough sense to know that it isn’t time to draft a defense or kicker yet. At this point in the draft, there are two things you should target—depth and upside.

And unless you’re handcuffing a running back (a topic for another day), the latter is more appealing than the former.

There’s no guarantee that any of your upside picks in the double-digit rounds will pan out even a little. If there was, then these players wouldn’t have an ADP over 120 at Fantrax to begin with. But each of these players also has considerable potential to out-perform their modest asking price on draft day—and possibly even blow it out of the water.

And it’s that kind of late-round jackpot pick that can win leagues.

Jackson was a revelation for the Ravens down the stretch last year, going 6-1 as the team’s starter, leading the Ravens to an AFC North title and serving as a top-10 fantasy signal-caller from Week 11 on. Despite that performance, Jackson’s still being drafted well outside weekly starter territory in most fantasy football drafts.

“Jackson will not be used the same way here in 2019 as he was during his rookie year after being forced into an offense designed on the fly,” he said. “That is not a bad thing. He’s still one of the most dynamic runners we’ve ever seen at quarterback. A floor of 700 yards on the ground feels manageable. Progression as a passer would simply take him from ideal streamer to a Top-10 weekly solution. Baltimore just spent two top-100 draft picks at receiver and Jackson has shown flashes of his arm talent along with admittedly shaky moments. His fantasy ADP almost seems to have failed to bake in a ceiling. He has great odds to out-kick that.”

Ravens head coach John Harbaugh has already stated that he expects 140-plus carries for Jackson this year and that the team has spent the offseason designing an offense around him that will turn the NFL on its ear. Last year’s fantasy production may be just the beginning for Jackson.

Not that long ago, Hyde was at best a late handcuff for Chiefs starter Damien Williams and at worst a complete fantasy non-factor. But as Williams’ hamstring injury lingers and Andy Reid’s annoyance with said injury grows, Hyde’s ADP is beginning to climb. As Max Staley wrote for FanDuel, the reason for that is simple…

Under Reid the starting tailback in KC has been gold for fantasy drafters.

“One of the reasons RBs have been so successful in Reid’s system is his reliance on them in the passing game,” he said. “Hunt racked up 378 receiving yards and seven TDs in 11 games played last year, and Williams tallied 210 receiving yards and three TDs over his final five games (including the postseason). While Hyde isn’t nearly as prolific a pass catcher as Williams or Hunt, he’s proven he can be a reliable option when called upon. In 2017, Hyde amassed 350 receiving yards on 59 receptions, and his efficiency looks poised to increase if he carves out a role in Kansas City’s offense. Currently being drafted as RB46 in 2019 fantasy football, Hyde is well worth a late-round flier.”

Hyde’s on his fourth team in 17 months, but his play in camp has drawn Reid’s praise. It’s too early to overreact to this situation—but not too early for Hyde to be a solid dart-throw in the backfield late.

There’s no question that Davante Adams is the No. 1 wide receiver in Green Bay. But after him there’s no clear-cut No. 2—or at least there wasn’t. Valdes-Scantling has impressed in training camp, drawing praise from teammates after spending part of the offseason working out with Randy Moss.

Valdes-Scantling is starting to draw some praise from those in the fantasy community as well—including from Dalton Del Don of Yahoo Sports.

“Valdes-Scantling looks like the clear favorite to act as the Packers’ No. 2 wide receiver, which should be mighty beneficial with Aaron Rodgers throwing to him in an ostensibly more modern offense with a new coaching staff in Green Bay,” he said. “MVS posted the third-best separation rate as a rookie last season, and at 6-foot-4 he also has the size to be a threat in the red zone (and he certainly has good speed). Plus, if Davante Adams were to go down, MVS could be a league-winner. He’s a top-35 WR on my board but is going well after that in drafts.”

MVS showed some flashes last year as a rookie but struggled with consistency. With a full offseason under his belt and a new, offensive-minded head coach in Titletown in Matt LaFleur, Valdes-Scantling could be set for a big leap forward in his second NFL season.

There’s a good reason why fantasy drafters are wary of putting too much faith in a rookie tight end. Since 2002, not one first-year player at the position has topped 800 receiving yards. However, if anyone’s going to buck that long-standing trend, Shawn Childs of Sports Illustrated believes that the eighth overall pick in this year’s draft could be the guy.

“Hockenson will try to follow the footsteps of George Kittle who turned his minimal stats (42/604/10) over his junior and senior seasons at Iowa to produce an exciting start to his NFL career,” Childs said. “Hockenson flashed more upside in his freshman (24/320/3) and sophomore (49/760/6) seasons at the same school. He’ll bring speed (4.7 40-yard dash at the NFL combine) to the TE position. Hockenson needs to get stronger to help become a better all-around blocker. His route running grades well, which will allow him a winning window over the short areas of the field, plus he has the wheels to test a defense deep. Hockenson looks explosive if given space with the ball in the open field, plus his hands will be assets. At the very least, he’ll be a two-down pass catcher early in his career with more playing time available if he can handle his responsibilities run blocking.”

Hockenson’s one of the more well-rounded tight ends entering the pros we’ve seen in recent years—he was easily the best blocker of this season’s top tight end prospects. The best rookie season we’ve seen from a tight end was Evan Engram’s top-five PPR season back in 2017. If Hockenson can come within even a few spots of that in 2019 he’ll be a steal at a position where any sort of value looks to be hard to come by.

Who are the upside picks you are targeting late in drafts in 2019? For more great analysis check out the 2019 Fantrax Fantasy Football Draft Kit.