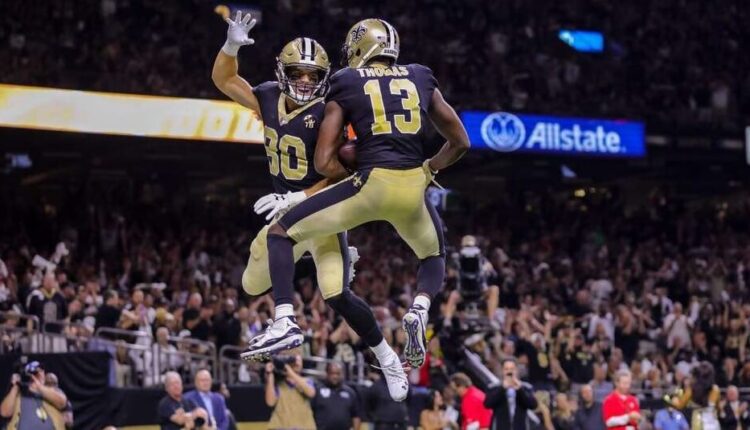 Let’s face it, the Saints probably should have been in the Super Bowl last year, but alas, it was not meant to be. Instead, they’ll once again spin the wheel and try their luck in 2019. Drew Brees is another year older, Alvin Kamara will now see a less contested share of touches and Michael Thomas has established himself as a top 5 wide out in the league. The run defense will be stout once again, but the Achilles heel of the Saints is their putrid pass defense. Did they do enough this off-season to fix that ill? Or, will they once again fall short this year?

Impact: One can make the case that Alvin Kamara was so effective because Mark Ingram did a lot of the “dirty work” at the running back position. The more physical runner of the duo, Ingram no heads to Baltimore to serve as bell cow for the Ravens. The Saints never seemed to respect Ingram as much as he deserved and now we’ll see how a larger share of the backfield duties sits with the talented Kamara. The Saints had enough depth at DE to let Okafor walk.

Impact: Latavius Murray will take on 60% of the Mark Ingram workload. That will still make him worthy of deep league consideration. The notion that he’ll touch the ball as much as Ingram did is foolish, so don’t bid on that. Still, Murray is capable to be a contributor. Jared Cook had a terrific year with the Raiders and he’s poised for another strong season with some very positive reports coming out of camp that Drew Brees is particularly pleased with him. In a TE position bereft of mid-tier talent, Cook could be just what you need if you miss out on the top guys. Nick Easton has big shoes to fill following Max Unger’s retirement and could lose out to the rookie center they drafted in camp. Malcom Brown is coming off a down year, but at 25, he’s young enough to bounce back.

Impact: Erick McCoy will have a learning curve, but he has the talent to be a long term solution at center for the Saints. Gardner-Johnson and Hampton may see more time on special teams than in the secondary this year and in my opinion, were not enough to fix the secondary issues.

Drew Brees is a lock HoFer and still a strong fantasy quarterback…well at least half of the time. 21 of his 32 TDs came at home. Brees also averaged 321 YPG at home compared to just 217 on the road. If you draft him, having a second QB on your roster for road games is frankly necessary. In DFS, Brees offers the most fantasy value, where you can pick your spots. Michael Thomas started off on fire before a 7 game stretch without a TD (see how Brees road games affect everyone!). Regardless, he’s a first-round talent and a PPR beast. Alvin Kamara is about as explosive a fantasy player as you’ll ever see, but his YPC fell last year as his carries increased. Perhaps he’s ready to make more of those touches, but until he proves that as fact, Kamara is still the 4th RB off the board. Tre’Quan Smith showed some flashes, but my money is on Jared Cook being the 3rd most valuable piece of the Saints offense. Brees made Jimmy Graham a fantasy stud and Cook should at least come close to repeating last year’s 896 yards and 6 TD’s, with upside for 10 TDs .

Too many big pass plays ate this unit up last year and I fear the same fate awaits them in 2019. Demario Davis will cross 100 tackles again and Cameron Jordan should hit double digit sacks yet again. Against run focused teams, the Saints will be a great streaming defense, but be very careful starting them against any capable pass attack, as they ranked 29th overall against the pass last year.

The road games are an issue for Brees and the defense can’t keep giving up game-changing plays on 3rd down if they want to make it to a Super Bowl. The clock is ticking on Brees’ career and the Saints should once again be a playoff team. The question remains, can they win before the clock strikes midnight. In fantasy terms, the Saints are the only offense that offers two first-round talents and they should once again be one of the top scoring offenses this year. Just have a plan at QB for those road games.