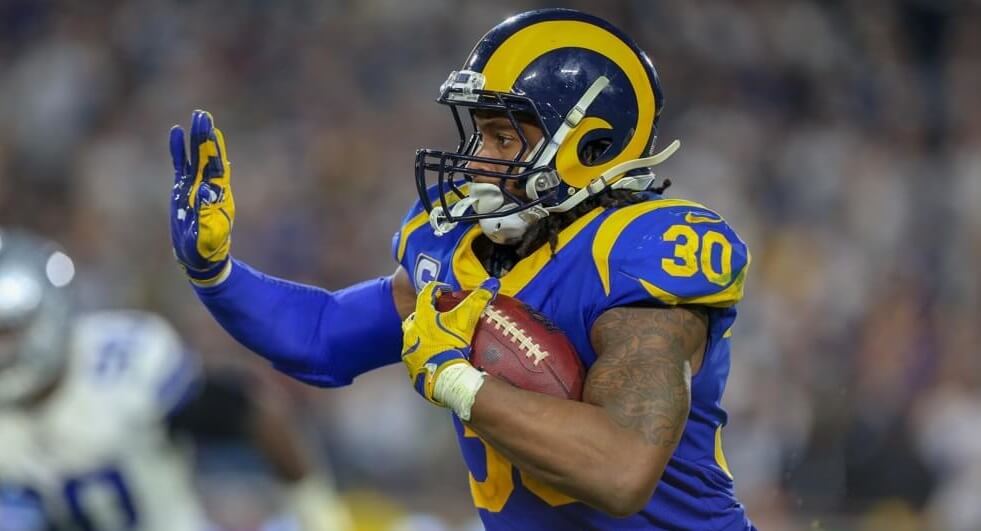 The workhorse RB has become less frequently found in the NFL and Fantasy Football. The best and most proven ones get scooped up early in Fantasy drafts, leaving owners to sift through timeshares, where two RBs will share a workload, or committees, where more than two guys appear to be in the picture.

We help you navigate through the field of possible two and three-RB situations in 2019.

Atlanta: Devonta Freeman has often ceded carries to another RB in the past, and the Falcons could conceivably monitor his workload in an effort to keep him healthy. Ito Smith could cut into Freeman’s carries, and Freeman is already being overdrafted as RB15 in PPR leagues.

Buffalo: LeSean McCoy is still the lead RB here for now, but if he gets moved off the roster somehow, Frank Gore could share the workload with T.J. Yeldon, who is the better pass-catcher, and rookie Devin Singletary could also work his way into a committee mix. Even if McCoy remains the RB1, he could lose some significant touches to Gore and Yeldon.

Chicago: Tarik Cohen could see his rushing touches reduced as the Bears acquired two other guys who can be prominent ball carriers. David Montgomery is no guarantee to beat out Mike Davis for clear lead ball carrier duties. This could ultimately flesh out to be a true running back committee situation.

Cleveland: For at least the first half of the season, we know that Nick Chubb will be the main ball carrier and Duke Johnson should be the receiving RB if he does not get his wish and is traded. Once Kareem Hunt returns, though, we will have to wait and see how much work he steals from Chubb late in the Fantasy regular season and in the playoffs. I forecast Chubb will still be the lead runner but could move to Fantasy RB2 status later in the year.

Denver: You might think Phillip Lindsay would be safe as a starter after such an impressive rookie season. But Denver is not giving up on Royce Freeman yet, and Lindsay still has to prove he was no fluke. There have been reports that the two could be headed for a timeshare if Freeman has a strong preseason.

Detroit: Kerryon Johnson should be the RB1 here, but he is efficient and may not need a heavy workload to excel. C.J. Anderson could be utilized to make sure Johnson does not get overworked and he could take a good amount of goal-line chances away from him.

Houston: Most of the Fantasy world is waiting for D’Onta Foreman to steal the starting job away from Lamar Miller. Foreman is finally healthy as training camp approaches, but the Texans wanted the two to share carries last season, and that may be the plan for this year. Foreman would appear to be the preferred goal line option if he can avoid any more health concerns.

Jacksonville: Leonard Fournette is unquestionably the lead RB when available, but we know he is an injury concern. If he goes down again, it is unclear if veteran Alfred Blue or rookie Ryquell Armstead would step forward as the starter. That may be worked out during the preseason, and a timeshare is certainly possible during a Fournette absence.

Kansas City: Damien Williams is the clear RB1 heading into the 2019 season, but he has never shown that he can be a featured RB over an extended period. If he cannot handle the load, Carlos Hyde provides quality depth and could be a threat to share time with Williams.

Los Angeles Rams: This is obviously the primary Fantasy Football workload concern. Even if Todd Gurley remains available, other Rams RBs could be utilized frequently while his reps are managed more than ever before. Gurley could share more time than in the past and his days of being a workhorse back might be over. If he misses time, rookie Darrell Henderson could share time with veteran Malcolm Brown. The handcuff situation is not quite clear just yet. The Gurley situation could also have reverberations around the league. Other franchises may start becoming more careful with their standout RBs.

Miami: Kenyan Drake may get enough all-around touches to finally have a breakthrough season. But second-year back Kalen Ballage is definitely a threat to garner significant work too, after showing flashes of considerable promise late last year. Ballage is a threat to cap Drake’s upside. He may have to rely on efficiency and big-play possibilities to boost his Fantasy value.

New England: This is always a team that causes Fantasy workload anxiety. Sony Michel is penciled in as the lead ball carrier, but he does come with injury worries. Rookie Damien Harris could take over the role if Michel misses any time, but you also wonder if he could cut into Michel’s reps to keep him healthy. James White is the real No. 2 WR on this team and his role seems to the same, but Rex Burkhead is still around to be another annoyance.

New Orleans: Alvin Kamara makes the most of every touch, and remains a Top 5 overall Fantasy pick. But I would not assume that the departure of Mark Ingram will lead to a significantly higher workload. Latavius Murray will likely get enough playing time in the old Ingram role.

Philadelphia: Doug Pederson seemingly does not prefer to stick with one RB, and newcomers Jordan Howard and Miles Sanders appear ticketed for a timeshare. Howard should be the inside runner and Sanders will work on the perimeter and as a pass-catcher.

Pittsburgh: There has been some preseason talk that the Steelers could distribute a good amount of carries between more than one RB in 2019, most notably using Jaylen Samuels as a passing down back. That could drive James Conner out of the mid-range RB1 area to more of a back-end RB1 in Fantasy.

San Francisco: This may be the most muddled situation in the league. Tevin Coleman may be in line to be the starter as Jerick McKinnon may not be fully recovered from last season’s knee injury yet. But Coleman has already shown he cannot be relied on as a featured runner and Matt Breida is still in the picture, too. Coleman is being overdrafted in the sixth round. The 49ers cannot depend on him to perform well with a heavier workload if they needed him to, and that seems unlikely over the long term anyway.

Seattle: If Chris Carson can stay healthy, the Seahawks would ideally like to see him split the RB workload with Rashaad Penny. Carson is the inside banger and Penny is explosive on the perimeter. Penny needs a Carson injury to truly get a chance to reach his potential in Year Two.

Tampa Bay: Peyton Barber is just a stopgap starter. How well Ronald Jones performs in the preseason in a possible second chance to jumpstart his career will determine who starts and how much time could be shared here.

Tennessee:  Derrick Henry had a career-best 15 receptions in 16 games last year. I will always take the under on any receiving prop with him. Dion Lewis is still in the picture and Henry has never been dependable over an extended period. This could still be a frustrating timeshare as it has been in the past.

Washington: Derrius Guice apparently will be ready for camp, but his workload is anything but certain as the Redskins may ease him into the mix. Adrian Peterson is not going away yet and Chris Thompson should return as a receiving playmaker. This will be a committee situation and Guice is being overdrafted as RB25.

Did you find Scott’s RB workload preview helpful? For more of The King check out his full archive.