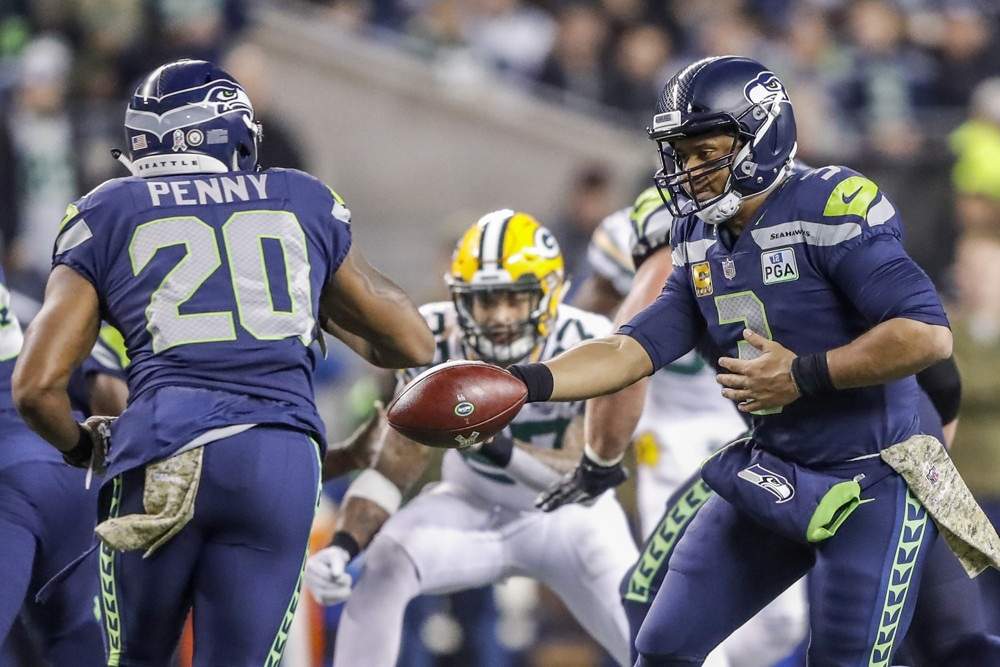 The NFC West represented the conference in the Super Bowl for the fourth time in the last eight years, and with the 49ers expected to make a push in 2019, some NFL analysts fashion it as the best division in the NFL. We will take a look at all four teams from offensive and Fantasy perspectives.

The NFC Champions were exposed as an incomplete offensive unit when it mattered most. Todd Gurley was not healthy, and Jared Goff’s favorite wide receiver, was not available when the Rams truly needed him. Without their franchise player and best possession wide receiver, Los Angeles simply could not move the ball consistently against the Patriots.

Goff is as good as his supporting cast makes him, and having Gurley and Kupp back healthy next year could possibly help him finish even higher than QB9. Goff was the fourth most productive QB in Fantasy Football when Kupp went down in Week 10. Goff has not proven he can elevate his game regularly when he misses important pieces around him, but when he has the full crew, his teammates boost his outlook. I’ll definitely be picking him as a Top 10 QB for 2019 and I like him as a quality fourth keeper or with a fifth-round pick penalty or beyond.

Robert Woods finished as WR8 after 16 weeks and offered incredible double-figure consistency in PPR formats. He is a locked in high-end WR2 for next year and worth a keeper slot as your second guy or for a third-round pick. Brandin Cooks was WR17 and is worth a third keeper and possibly for a third rounder depending on who your other choices are. Kupp has to still spend the offseason working his way back from an ACL injury, so he may not quite reach the overall WR2 production we expected this past year. But Inside Injuries has him being ready to go in late May, so I’d draft him for sure as a top WR3. Josh Reynolds showed TD promise this past year but is a Fantasy WR4 at best, and barely rosterable when all of the “Big Three” are available.

After C.J. Anderson recently confirmed suspicions about Gurley’s knee being worse than anyone expected internally on an appearance on Fox Sports1, Fantasy players will have to watch the Rams’ offseason approach to the RB position very carefully. Anderson noted that the knee is the same one Gurley had issues with in the past, so that does create an air of concern. Anderson is a free agent, and if they bring him back, or sign someone of his stature, it could be a sign that the Rams are concerned about overworking Gurley. How they address the Gurley matter in terms of personnel acquisition could be telling about where to value him in 2019. Meanwhile, Anderson will be a free agent and could sign somewhere else where he has a better chance to start.

Rumors have made the rounds now, emanating from Colin Cowherd, that Russell Wilson could push to be dealt out of Seattle because Ciara and her people would like to see her based in the New York area. Ultimately, knowing the incredibly strong bond between Wilson and Pete Carroll, plus the backlash of the fanbase should they lose an iconic player at a position where it is so hard to find top quality, I don’t believe Wilson will get moved and should still be a very worthy Top-10 Fantasy QB.

If the Seahawks add another significant playmaker to the passing attack, we could see more balance and a higher amount of passes next year, which should ensure Wilson is more of a Top-6 Fantasy QB. Doug Baldwin could be a very good value pick after he takes all offseason to recover from injuries he battled through in 2018. At 30 years old, he is not “old” for a WR. Tyler Lockett may see his TD production naturally regress, but he should still be an upside WR3 play. David Moore has some deep potential. Seattle, however, could really use a big target for Wilson on key passing downs and in the goal line area. Free agents Dontrelle Inman and Jared Cook would be ideal pickups. There may be a very heavy market for Inman because of his unique size/speed combination, yet he may make Seattle a finalist because of their always solid chances to contend.

Mike Davis will likely be gone in free agency, so Rashaad Penny should step forward and become a time-share partner with Chris Carson. In a Week 13 romp over San Francisco, we saw the future of the Seattle backfield when Carson totaled 108 yards from scrimmage and Penny rushed for 65 yards on just seven carries and scored. “I feed off of (Carson). He’ll get the defense tired and then all I have to do is run by them,” Penny told me after the game. Expect Carson and Penny to balance the workload next season, making them both flex types. But keep in mind Carson has the tendency to get banged up, so Penny could be thrust into a larger role at any time and may really seize the opportunity. If Carson gets injured, Penny could take over the lead job for good.

Anticipating the return of Jimmy Garoppolo, an aggressive front office may be poised to make headlines with a big acquisition to get them into the mix with the Rams and Seahawks as power players in the division. We’ve already seen a lot of conjecture about San Francisco being a prime landing spot for a big-name WR such as Antonio Brown or Odell Beckham Jr. The Niners have the seventh-most cap dollars available as the offseason opens and the need to add another prime offensive weapon.

George Kittle is a Top 3 Fantasy TE for 2019 and is worth a second keeper choice or possibly holding for a second rounder. Dante Pettis flashed big-play ability and could rise as a No. 2 WR for the Niners should they acquire a true No. 1 guy. If they don’t make a trade for a superstar, I would expect them to be a top player for free agents such as Golden Tate and Inman. If not, Kendrick Bourne and Richie James should have some deep sleeper promise.

Garoppolo cannot be considered more than a back-end QB1 until we see him do it over a full season, but a big add to his receiving arsenal could only boost his appeal. Jerick McKinnon could share time with Matt Breida at RB next season, as McKinnon has some flash and Breida is a tenacious type. Neither RB is built for a pure lead role so both guys will be in flex territory.

Kliff Kingsbury should be able to restore Fantasy confidence in David Johnson, as there are already indicators that his staff intends to use him as the offensive crux which he is intended to be.  He demands to be used heavily because he is the one true offensive superstar on the roster.

I would naturally expect the Cardinals to focus more on offense in free agency and the draft. Despite public denials, I would not be surprised to see them take Kyler Murray No. 1 overall in the draft and deal Josh Rosen to add more draft capital as they could certainly use it to continue rebuilding. Or they could stick with Rosen and trade down. Kingsbury is known as a QB guru, so Murray could make an instant Fantasy splash as a rookie if he lands in Arizona, or Rosen’s dynasty outlook will simply improve.

Larry Fitzgerald is back as a possible WR3 type in an improved offense, and Christian Kirk should start to push for WR3 status as well. But the Cardinals need more quality pass-catchers, so they could be a darkhorse for a big name in a trade, or could simply acquire another potentially reliable free agent WR such as Adam Humphries or Donte Moncrief.