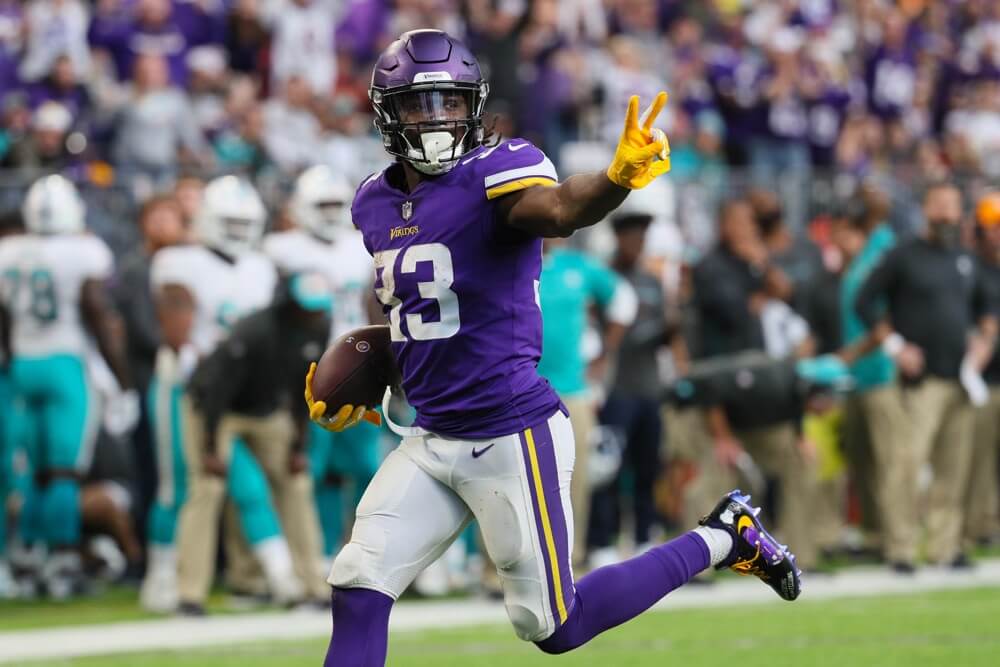 As dynasty and keeper leaguers prepare for the upcoming NFL draft and free agency, and seasonal owners count off the days until training camp opens, we continue our NFC Offseason Outlook series with fantasy scouting reports on the NFC North. Only one team from this division made the playoffs last year, but with a few changes in personnel and fortunes, that could easily change in 2019.

The Pack missed the postseason for the second consecutive year, and now a new era begins. Matt LaFleur takes over as head coach, and expect to see diverse looks on offense and better balance. Under Mike McCarthy, the running game was always an afterthought, but now it should be used to set up play-action passing, more RPO plays and can take some pressure off Aaron Rodgers. But LaFleur also likes to take aggressive downfield shots. LaFleur comes from the Shanahan/McVay coaching tree, and those guys had strong running attacks but could also hurt opponents in the passing game with big strikes.

During the second half of the season, Aaron Jones proved he can finally be the solution to the Packers’ RB issues. He is versatile and can pile up yards from scrimmage and be a regular TD threat. Jamaal Williams also played well late in the season when Jones was injured and should be the change-of-pace guy. Jones can certainly be a back-end RB1 as long as LaFleur has no ideas of a timeshare. Do keep a watch on the offseason player news wire to make sure Jones firmly keeps his place as the lead back.

Davante Adams has already said publicly he is very excited about the outlook of the offense after talking to LaFleur this offseason. He is a lock to be a Top 3 WR drafted in most leagues, but who will be his main partner? The front office has already broadcasted they will be aggressive in free agency, and that may mean acquiring another notable WR. Last year, the Pack proved to be one injury away from disaster at the position. They may acquire another quality pass-catcher to prevent that scenario from happening again. Oft-injured Randall Cobb might leave as a free agent and there is a good chance he could be replaced with someone more reliable. Who they land will be pivotal in determining whether Geronimo Allison is the team’s second or third WR next year and what his fantasy value will be. He did appear capable of operating as a solid starter for Green Bay in four of the five games he played. TE Jimmy Graham was a big disappointment and looked like a has-been. He is expected to be back, but expectations will be low.

Aaron Rodgers admirably played through a knee injury, but his 4.2 TD percentage was his lowest mark ever as a full-time starter, and he did not throw more than two TD passes in a game after Week 5. Some owners started to question his longtime status as an elite Fantasy QB. With an offseason to recover and a more solid pass-catching crew in 2019, he should easily remain a Top 3 Fantasy QB on draft day.

The Bears won their first division title since 2010 but were not exciting on offense. They finished 21st in the league and scored 15 points in their playoff loss to the Eagles. All the pieces seemed to be in place for success, but just about all of the key performers did not play up to expectations.

Second-year QB Mitch Trubisky was erratic, finishing as QB14. Injuries plagued Allen Robinson and he finished with 754 receiving yards and four TDs. TE Trey Burton was supposed to break through as a full-time starter and caught six TD passes, but did not have more than 40 receiving yards in a game in the second half of the season. Rookie Anthony Miller led the team with seven TD receptions and could take a big step forward in 2019. The Bears are missing a real significant threat to defenses in the passing game, but they may not be big players in free agency and might simply be hoping that another year under Matt Nagy with the seemingly right pieces on paper could lead to better results. It may simply be on the shoulders of Trubisky to show he can improve in 2019.

Tarik Cohen finished as RB13 in PPR formats, and while he had a few down weeks, overall he was the team’s best fantasy player and should be a high-end flex option in 2019. Jordan Howard finished as RB26 and there are rumors the Bears are trying to deal him, which means we could have a new lead ball carrier in Chicago next season. That may be the biggest offseason story to stay tuned for.

Don’t expect a lot of offensive change in Minnesota this offseason. The Vikings have the third-least amount of salary cap room in the NFL and many of their prime playmakers are in place. Minnesota simply needs Dalvin Cook to stay healthy, Kirk Cousins to elevate his game more, and Adam Thielen to play better over a full campaign.

Cook once again frustrated the heck out of fantasy owners with health issues, as he was only able to start 10 games. He has already missed 17 games in his first two pro seasons. But in his final six games of the customary fantasy season he went over 100 yards from scrimmage three times and had a 136-yard, two-TD game as a rusher in Week 15. He will likely be drafted as a mid-range RB2 in many leagues next year and is a keeper with a fourth-round pick and beyond. The explosive talent is there for him to be the crux of the Minnesota offense if he can somehow stay on the field.

Latavius Murray will likely leave as a free agent and Minnesota will have to replace him with another RB who can start on demand if needed. Keep a close watch on who that may turn out to be, especially in dynasty leagues.

Stefon Diggs finished as WR12 in PPR leagues as he missed just one game, but he will always be a minor injury risk and that will ding his appeal just a bit. Adam Thielen had a great statistical season overall, but in the second half of the year, he caught only 39 passes for three TDs while averaging 56 yards a game. Still, he will likely be drafted as a back-end WR1 in many leagues next year and is a prime keeper. Kyle Rudolph finished as TE7 but was incredibly unreliable and had only four TD catches, two in Week 16.

Cousins finished as QB12, and did throw a career-best 30 TD passes. But more was expected of him playing with the likes of Diggs and Thielen, and he threw more than two TD passes in a game just twice in the second half of the year and had one 300-yard game during that span. He was not bad, but Cousins was expected to be more prolific and he’ll have to show us he can be for extended stretches before he gets QB1 treatment in fantasy circles.

The Lions brought in a new offensive coordinator in longtime Seattle assistant Darrell Bevell. Look for him to immediately recognize that he can hitch his offensive train to second-year RB Kerryon Johnson. I would be valuing Johnson as a top-shelf RB2 for dynasty and keeper purposes. He’s a tough load for defenders, has great vision and balance, and he is versatile. If he stays healthy he could be the axis of the Detroit offense in 2019, and he has RB1 potential in fantasy.

There have been rumors about Matthew Stafford possibly being dealt out of Detroit, but a respectable starting QB is so hard to replace in the NFL. Stafford may no longer be a quality Fantasy starter, but if the Lions can play methodically and physically as they started to envision before last season, Stafford can still be a very effective caretaker.

Third-year WR Kenny Golladay is on the rise and should catch more than five TD passes in 2019. I would keep him with a fourth rounder and beyond. Marvin Jones had only one game over 70 yards and was not seen after Week 10 because of a knee injury. The Lions need a slot guy or dependable pass-catcher to replace Golden Tate, and there is a dire need at TE. Detroit may not make a free agent play for a bigger name at WR, but they could pick up a respectable option and possibly address TE in the draft, because the free agent market is quite thin there. The Lions do need at least one more adequate playmaker in the passing game this offseason. A guy like Jamison Crowder or Cole Beasley could serve this team well.