Fantasy Football: Should You Buy Leonard Fournette as an RB1? 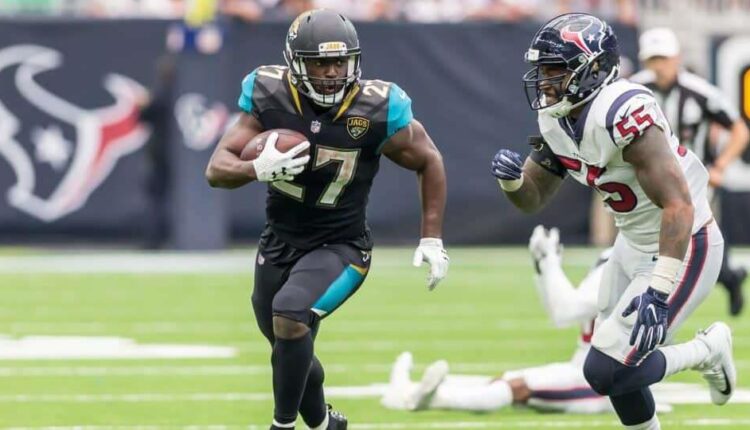 This week I was asked to participate in a 12-team PPR mock draft. Yeah we are still months away from the season and have the NFL draft that will be sure to shake things up. But despite all that, I did what any bored fantasy football fanatic would do, I gladly joined. I drafted from the 11 spot and took Jaguars running back Leonard Fournette with my first pick.

I felt good about that pick. That was until I put it on Twitter and was hit with a lot of backlash. The claims were that Fournette was not a good fantasy asset last season, that he is an injury risk waiting to happen and that he would not be able to replicate his 2019 season. It’s funny that some say he was bad last year, while some say he will not be able to repeat his success. That lead me with one clear idea in mind: a Fournette deep dive was badly needed!

The Good of Fournette’s 2019 Season

I do not think people actually realize the numbers Fournette finished with in 2019. First, he finished as the RB7 in PPR leagues. So, anyone saying he was bad in fantasy just didn’t pay attention. And for those who want to claim he wasn’t that good on a per-game basis, he finished as the RB9 in fantasy points per game. So yeah, he was an RB1 however you want to slice it in 2019. He finished with 1,152 rushing yards and 1,674 scrimmage yards, both of which ranked in the top six among all running backs. He finished with 100 targets and 76 receptions, both of which ranked in the top five among RBs. Of those 100 targets, 75 came from Gardner Minshew II.

But wait, there’s more! His 792 yards after contact ranked third best in all of football. In fact, he basically had to do everything himself after contact. On the season Fournette averaged just 0.6 yards before contact and 3.7 after contact. Fournette was also super consistent as a fantasy asset last season. His lowest point total of the season was 9.3 PPR points. He scored over 11 points in 14 of his 15 games and over 15 in eight of them. He finished as a Top 12 RB in seven of the 15 weeks he played.

Fournette did so while seeing eight-plus defenders in the box on 32 percent of his runs, the 10th highest in the league of running backs with a minimum of 100 carries. He also did so running behind PFF’s 26th rated offensive line. Let’s give this guy some due.

For those who believe Fournette is a plodder, he reached 15+ MPH on 44 carries, which ranked ninth among all backs.

The Bad of Fournette’s 2019 Season

I do not want to sugarcoat his season and act like there weren’t any negatives. His 76 percent catch rate was flat out not great. His expected catch rate was 81 percent. That negative five difference between catch rate and expected catch rate was tied for the 14th worst among running backs with at least 25 targets. But there were some big names that had an even bigger negative difference, such as Todd Gurley (-12.6%), Josh Jacobs (-12%), Phillip Lindsay (-12.4%), Devin Singletary (-9.9%), Saquon Barkley (-8.5) and others. His 5.2 receiving yards per target were not great either. In fact, that ranked 41st of all backs with at least 25 targets. However, it puts him in a similar range as backs like Alvin Kamara (5.5), Melvin Gordon (5.4), David Montgomery (5.3) and Kenyan Drake (5.1). Additionally, 34 percent of Fournette’s receiving yards came after the contact, the 11th most of all RBs. It shows how poorly the Jaguars blocking was last season.

Despite the Jaguars blocking woes, I cannot lie and say Fournette is a great pass-catching back. The truth is, his efficiency will never be towards the top of the league in the receiving department. But like everything with Fournette, he makes up for it with volume.

Last season under John DeFilippo the Jaguars ran the ball just 38 percent of the time. Largely in part because they were often trailing. However, new offensive coordinator Jay Gruden ran the ball 41 percent of the time from 2014-2018, his five full seasons as Redskins head coach. In fact, his offenses never finished higher than 14th in terms of total rushing attempts in a season. In that span, his offenses averaged just 6.5 passes per game to RBs. Last season, the Jaguars averaged 8.1 and Minshew specifically averaged 7.2, the 12th most of all QBs. The biggest question is was that strictly a design of DeFilippo’s offense or is it a tendency in Minshew’s game?

I think it is fair to estimate that Fournette may struggle to duplicate the 100 targets and 76 catches he had last season, but that does not mean all production will be lost. My best guess is Fournette’s 2020 receiving numbers will most be comparable to Ezekiel Elliott last season. Zeke put up monstrous receiving numbers in 2018 and while he failed to repeat them in 2019 he was still an effective receiver and did not suddenly revert back to his pre-2018 days. And that was even after the Cowboys brought in a strong pass-catching back in Tony Pollard. Fournette’s receiving numbers may decrease, but I still expect him to be a factor in the Jaguars passing game. Largely in part because there is currently not a threat to steal the passing down duties away from Fournette. In fact, the Jaguars RBs behind Fournette combined have less than 20 career receptions. That is where the NFL Draft will come into play. If the Jaguars select a pass-catching back that actually imposes a threat to taking Fournette off the field on third down and other passing scenarios, then Fournette will have to be lowered in fantasy ranks.

But if the Jags decided to bolster the offensive line and not bring in a running back, Fournette would be solidified as a Top 12 back. If the Jaguars do bolster their line, it should create more running room for Fournette. Maybe he could actually gain a full yard before being hit. Additionally, he is already in line for some positive touchdown regression. After scoring only three last seasons that number should already be expected to climb. I mean he scored six in just eight games in 2018 and 10 in his rookie campaign. In fact, he scored just seven percent of his fantasy points from TDs in 2019, after being over 25 percent in the two prior seasons. If he can get that TD total to climb into the 8-10 range, it would make up for a decrease in receiving numbers.

We also have to remember that this is a GM and head coach that together selected Fournette as the fourth overall pick in the 2017 draft and have force-fed him the ball whenever he is on the field. This could be the final chance these two receive from the Jaguars and it just doesn’t make sense to think that leads to them using Fournette even less. I expect him to once again be feed plenty this season.

I am still valuing Fournette as a Top-12 back despite knowing that his receiving numbers probably take a hit this season. That is because I still expect him to be involved in the passing game and I expect him to score more touchdowns to make up for that decreased production.

The NFL Draft will determine if Fournette is a Top 12 RB that should be going in the first round, or if he is more of a second or even third round fantasy pick. If the Jaguars draft a pass-catching back that is a legitimate threat to Fournette, he will clearly lose value. If they bolster that O-line you can feel safe about him being an RB1. If they do both, then he will be a borderline RB1 that can go in the mid to late second round.

Fournette is going to be one of those polarizing players in 2020 fantasy football drafts. People are either going to love him or hate him, with no room for in between. I mean, yeah, you can fall in between on Fournette but that probably means you will miss out on him because the people who love him will pay a higher price. As of now, I am fine valuing Fournette as an RB1, thanks in part to volume and positive touchdown regression I believe will come his way. Let’s see if any of that changes in the 2020 NFL Draft.