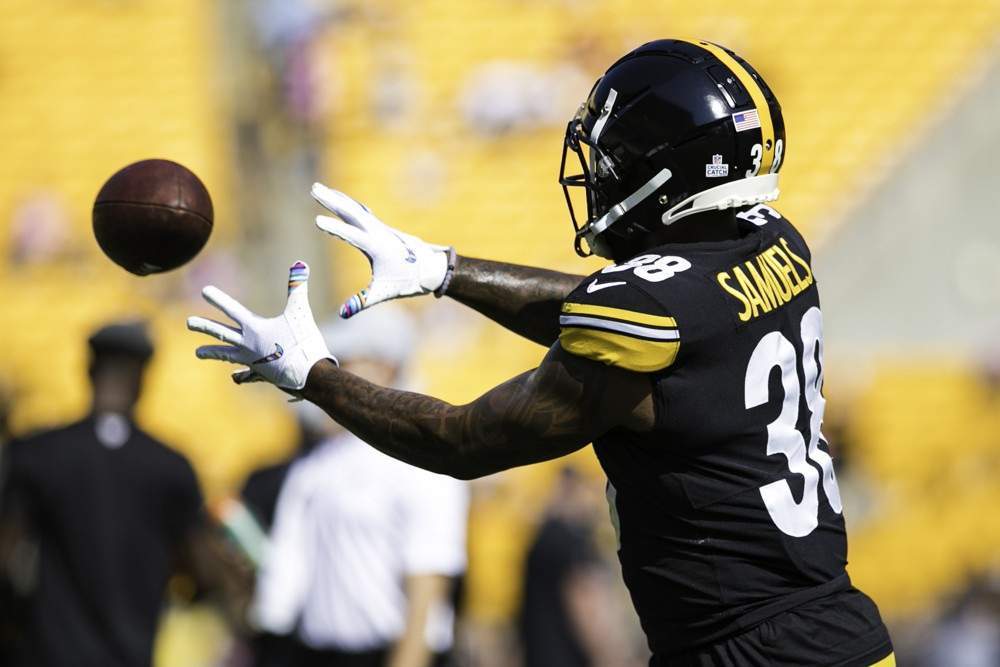 It is a reflex action of many Fantasy Football players to try and target the handcuffs to their top RBs later in a draft. But it is not always easy to acquire one as a later selection. In some situations, especially in the preseason, the handcuff to a team’s RB1 may not be decided or apparent. In some cases, clear handcuffs actually do not emerge. Timeshares between starters and those who may step forward in injury instances cloud the outlooks. On draft day, too, you may simply not get your targeted handcuffs because someone else takes him for roster depth before your turn.

But if you want to still try to map out the best handcuff situations prior to your draft, and accomplish the goal, good for you. Here is a listing of clear handcuffs in preferred preseason order, based on a combination of factors including opportunity based on the starter ahead of them, and possible Fantasy impact if they are pushed into a starting role for their team. We then cover the more uncertain RB depth situations where the handcuff may be much less clear or apparent.

D’Onta Foreman: He is finally healthy as the 2019 season approaches, and while he is listed as second on the depth chart behind Lamar Miller as the preseason approaches, this will be the season where Foreman could seriously threaten Miller’s playing time and possibly even overtake him as a starter.

Austin Ekeler: We have already seen him perform well when called on, and Melvin Gordon is starting to develop more of a reputation among Fantasy players as an injury risk.

Ito Smith: The Falcons made a smart forward-looking pick when they drafted Smith last season. They knew Tevin Coleman was likely to leave and Devonta Freeman has injury issues. Smith could end up starting at some point this year if Freeman goes down again.

Alexander Mattison: Several rookies may have to earn their handcuff status as they battle other players for the right to be the surefire RB on their NFL team. But Mattison only has Ameer Abdullah to truly beat out for the top spot on the depth chart behind the brittle Dalvin Cook. Mattison is the top handcuff candidate among rookies and should earn a lesser complementary role to Cook even when both are available.

C.J. Anderson: He obviously revived his career with the Rams late last season, and if Kerryon Johnson continues to deal with injury issues, Anderson could get an opportunity to carry the ball consistently for Detroit. He was a very solid signing by the Lions.

Latavius Murray: He does not exactly fit the handcuffs mold, as he will get some significant work as an inside runner and occasional compliment to Alvin Kamara. But if Kamara suffers an injury at any time. Murray should be the unquestioned feature back in New Orleans.

Carlos Hyde: Last year, Carlos Hyde quickly transformed from a possible NFL starter to a journeyman who began to bounce around the league. He is expected to back up Damien Williams, who will get the opportunity to start but has never been a full-time featured RB over a full season in his career yet. Hyde could be pushed into more playing time if Williams fizzles or gets injured.

Jamaal Williams: Aaron Jones appears to be the lead runner for Green Bay to open the season, but Williams had 97- and 156-yard games from scrimmage in Weeks 15 and 16 last season and scored in both games. If Jones cannot stay healthy or disappoints, Williams could get another chance to shine.

Jaylen Samuels: The definite backup to James Conner, Samuels had a seven-catch outing and a 142-yard rushing performance when Conner missed three games last season. He will be at least a must-start Fantasy RB2 if he is needed to step in and start for Conner at any time in 2019.

Royce Freeman: He was completely overshadowed by surprising fellow rookie and undrafted sensation Phillip Lindsay in 2019. But if Lindsay cannot sustain momentum in 2019, Freeman will get another chance to live up to his previously higher billing as a third round draft pick.

Chase Edmonds: He had a two-TD outing in Week 13 against Green Bay last season and was drafted to be the definite backup to David Johnson. He has the size to effectively be a respectable lead runner if needed.

Spencer Ware: If Marlon Mack misses any time, Nyheim Hines would likely continue to operate more as a pass-catcher, while the newly acquired Ware would be in line for more carries after previously showing the ability to carry a significant load in Kansas City.

Elijah McGuire: There was some buzz about McGuire in the past as a sleeper type, but he never made good on it for the most part when he was given opportunities to show more of what he could do. He appears be a better pass-catcher than a runner and would be a stopgap option if needed in place of Le’Veon Bell.

Wayne Gallman: If Saquon Barkley misses any time, it would be a big downgrade to his backup, but this is who you want as the handcuff. Gallman will be adequate at best as a Fantasy option if he is pressed into more action at any time.

The Seahawks would ideally like to see Chris Carson and Rashaad Penny share a workload, with Carson as the inside guy and Penny as the open field threat. But if Carson cannot avoid injuries again, Penny could take the featured back role and run away with it at any time. Penny is not a handcuff to Carson, but rookie Travis Homer could back Penny up if Carson is out for a lengthy period.

In Philadelphia, Jordan Howard and Miles Sanders could split the workload, with the former being utilized as the inside runner and the latter working more as a perimeter threat and pass-catcher. If either guy gets injured one could become more of a featured RB or we could see a committee approach emerge with other existing RBs on the depth chart entering the fray. Doug Pederson seems to prefer employing more than one RB.

Kalen Ballage may not be a strict backup to Kenyan Drake. It is very possible that the two RBs could operate in a timeshare.

Many will assume Darrell Henderson was drafted this season by the Rams to be Todd Gurley’s clear backup, but the team also brought Malcolm Brown back, so there could be a timeshare situation here if Gurley misses any more games this season. An impressive preseason by Henderson, though, could solidify his Fantasy handcuff status.

If rookie Ryquell Armstead has a good preseason, he has a strong chance to become the primary backup to the oft-injured Leonard Fournette. But he must earn the role first, and veteran Alfred Blue could be an adequate backup to Fournette if Armstead isn’t ready to be the clear No. 2 RB yet.

Mike Davis and David Montgomery will have a training camo battle for playing time as Chicago’s featured runner, and the situation could end up in a time share or with one guy backing up the other.

Ronald Jones could get a chance to overtake Peyton Barber as the starter in Tampa Bay. We will have to wait and see who emerges as the starter.

Until Kareem Hunt returns, the depth behind Nick Chubb is shaky. Duke Johnson is not the type of guy who can carry a heavy load if Chubb goes down before the Hunt suspension ends.

Derrick Henry is the preferred Fantasy option in Tennessee right now, but Dion Lewis is not exactly a handcuff and may continue to play something of a complementary role.

Fourth-round rookie Darius Jackson appears to be the best early bet among fellow newcomers Mike Weber and Tony Pollard to win the backup job to Ezekiel Elliott, but this competition will truly be decided in the preseason.

Baltimore’s Kenneth Dixon lost his opportunity to play a prime role in the backfield because of fumble issues. The handcuff to Mark Ingram may be Gus Edwards, who impressed late last year, but rookie Justice Hill is certainly in the mix too. .., Frank Gore and T.J. Yeldon could split work in Buffalo if LeSean McCoy goes down again. … Cameron Artis-Payne still appears to be the backup to Christian McCaffrey, but rookie Jordan Scarlett may have a shot to overtake him with an impressive preseason. … if Joe Mixon goes down, rookie Trayveon Williams could share some time with Giovani Bernard, and could be more productive as a ball carrier than Bernard. … The New England RB situation is never fully clear, and certainly is not if Sony Michel continues to be nagged by injuries. If he misses any time, though, rookie Damien Harris could get a shot for some notable work. … if Oakland rookie Josh Jacobs misses any time, we could see a split load between Doug Martin and Jalen Richard. … The 49ers RB situation is completely confused among their top three RBs. If anyone between Jerick McKinnon, Tevin Coleman and Matt Breida gets injured or is unavailable, it simply means more playing time for who remains available. .. If Derrius Guice is healthy enough to compete for significant carries, we will have to see how the RB competition shakes out between him and Adrian Peterson in Washington.