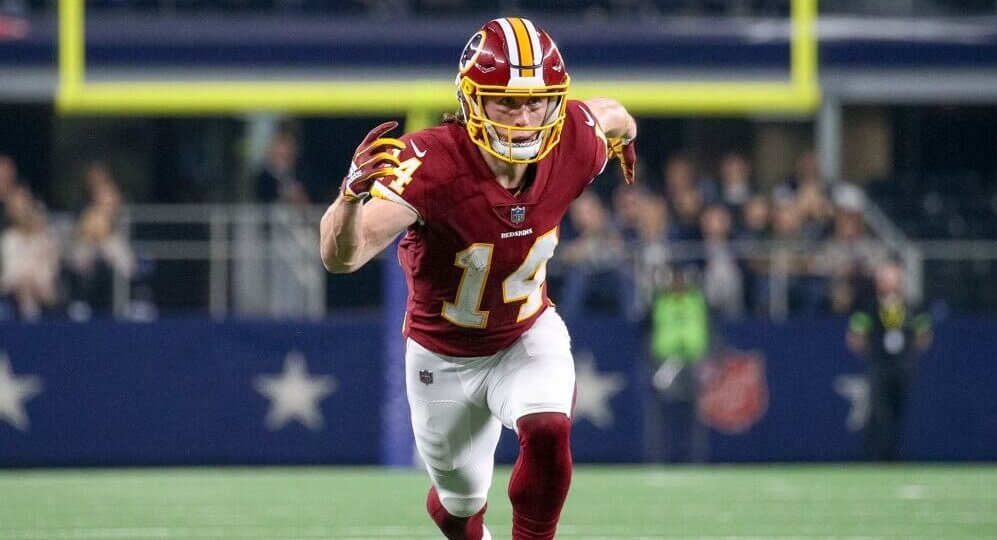 Yesterday I put out a request on Twitter asking what content you seek but have a tough time finding and there was once response I got more than anything; deeper league content. I know we all like to think our leagues are deep, but most fantasy advice columns tend to shade towards 12-team leagues. With the vast majority of people playing in 10 or 12 team leagues, it could be hard to find some deep league targets that will actually be available in the last few rounds of 14- or 16-team leagues. Last season I even played in an 18-team league, so trust me I can understand how traditional draft or waiver wire articles provide names that simply aren’t available in your league! Luckily, I like to cater to my readers! I present to you… some late-round targets for 14-team leagues and deeper!

In the later rounds of deep leagues, you are looking to nab anyone with a chance of seeing the field with regularity. All of the starting running backs would be drafted and the receiver and tight end position will look depleted. But, you should be looking to grab a player that has a chance of becoming a weekly contributor.

Rex Burkhead was a favorite of Bill Belichick and the Patriots just a couple years ago. The Pats backfield is crowded now, but all it would take is an injury to James White and Burkhead would once again be on the fantasy radar. Last season Tom Brady averaged 10.7 pass attempts per game to running backs, the highest of all starting QBs in 2018. While there are reports that Sony Michel is improving as a pass-catcher this preseason, it is hard to see him being the one that would pick up the slack if White were to miss any period of time. This is not a pick that will pay off immediately, but Burkhead is an injury away from being the pass-catching specialist on a team where that role carries tremendous fantasy value.

Tony Pollard/Alfred Morris are both in play as long as Ezekiel Elliott is not signed to a big contract. Morris is the one I expect to see climb higher the longer Zeke is out, but Pollard is the one that could still have a role in the offense even if Zeke returns. In college Pollard had 139 carries and 104 receptions, showing his value as a pass-catcher. There have been rave reviews about Pollard from Cowboys camp as both a receiver and a rusher. His ADP is starting to climb, but he is still cheap and has been free all offseason.

Malcolm Brown is going outside the top 70 running backs in some drafts, while Darrell Henderson goes inside the Top 35 backs. Yes, Henderson will have value even if Gurley is healthy, but if Gurley were to miss time, Henderson and Brown would likely split time. Brown likely would serve as the goal line back too and that has tremendous value with the Rams. If you draft Gurley in a league this deep, you should be using a late-round pick on Brown. Even if you don’t have Gurley, Brown is worth taking a shot on even if you don’t draft Gurley because there is tremendous upside if Brown has to get thrust into a larger role.

Darwin Thompson is a sixth-round pick of the Chiefs and currently the third running back on the Chiefs depth chart. But, Damien Williams has been banged up early on and Carlos Hyde could be pushed for the starting gig. The truth of the matter is, it doesn’t matter if it is Damien Williams, Carlos Hyde or Thompson. Whoever is the lead back under Andy Reid, in the most dynamic offense in the league – you are going to want that guy on your fantasy team. For all the reasons I am backing Williams, those would apply to Thompson if he climbed to the top of the depth chart.

Dexter Williams could quickly become a viable fantasy option. Aaron Jones is a great talent but has missed four games in each of his first two seasons (2 from suspension in 2018). His knees have been an issue in the past and if he misses time, Dexter could push Jamaal Williams for touches. Jamaal Williams did not do much to show that he was more than a JAG. The lead back on the Packers comes with immense upside.

Ryquell Armstead is backing up Leonard Fournette. Do you need more of a reason? Fournette is a great talent, but health has not been on his side. He has chronic foot issues and when he has missed time in the past, his backups have typically stepped in and performed as Top-24 backs.

Albert Wilson is being slept on. From Week 3 through 6, Wilson saw 23 targets, catching 17 for 291 yards and three touchdowns. That put him on a 16-game pace for 92 targets, 68 receptions, 1,164 yards, and 12 touchdowns. Not saying he will reach those numbers this season, but he is an explosive talent and very well may have gun-slinger and risk-taker Ryan Fitzpatrick throwing him the ball. There is a lot of upside and he goes undrafted in some 12-team leagues.

Trey Quinn is bae this season. He is my most drafted wideout in early drafts as well. He is currently not going inside the Top-70 wide receivers, yet there is the potential for a big return on that investment. Quinn is going to be the lead slot receiver for the Redskins, who will be Quarterbacked either by Case Keenum, who we know loves the slot, Colt McCoy, who is not a down the field thrower, or rookie, Dwayne Haskins. He has a legitimate shot to lead that team in targets and you can get him for dirt-cheap.

Marqise Lee was the top receiver for the Jags before tearing his ACL last season. While Dede Westbrook is the receiver you want in this offense, he will not see all the targets for the Jags. Lee has a chance to be the lead outside receiver with Foles. Lee likely will never become a must-start option, but the chance to see upwards of six targets a week is a possibility, which has value that late.

KeeSean Johnson has a chance to win the third wide receiver spot with the Cardinals this season. He will be battling it out with other rookies Andy Isabella and Hakeem Butler to be the third wideout behind Larry Fitzgerald and Christian Kirk. New Head Coach Kliff Kingsbury will run a very up-tempo offense, which could be towards the top of the league in offensive plays. Even as the third option, there could be fantasy value given the number of plays they are expected to run. There have also been rave reports about Johnson from camp so far.

Willie Snead was the lead slot receiver for the Ravens last year and very well may step back into that role this season. In that role last year he averaged 4.9 targets per game and 7.21 PPR PPG, from the slot alone. Those may not be starter numbers, but in deeper leagues, that is valuable depth.

Hunter Renfrow may step up as the Raiders slot receiver this season. Last year the Raiders were searching for a consistent slot receiver, using both Seth Roberts and Jordy Nelson as the primary options. Renfrow has been making some noise in camp this year and could actually make a push for the job.

Maurice Harris has been talked up during training camp, while rookie N’Keal Harry has struggled. There is the chance that Josh Gordon is cleared to play, but if not there is 140 targets alone from Gordon and Rob Gronkowski that are open from 2018. If Harris actually steals the number two receiver job from Harry, he will be a viable fantasy option in deeper leagues.

Darren Waller is another player that is making noise this training camp. All reports indicate that he has been unstoppable at practice this summer. Let’s not forget that Jared Cook just finished with 101 targets, 68 receptions, 896 yards and six touchdowns playing in this offense. Obviously, Waller won’t put up numbers like that with AB now in the mix, but we know Carr likes throwing the tight ends way. The upside is worth taking a shot on outside of the Top-20 tight ends.

Ian Thomas averaged 5.8 targets per game, 3.8 receptions per game, and 31.8 yards per game in the five games he played with Cam Newton and without Greg Olsen. Olsen has been anything but reliable the past two seasons, playing in just seven and nine games, respectfully. If he misses time, Thomas becomes an actual option in deep leagues, with some upside.

Got some deep league targets of your own? Let us know in the comments below!