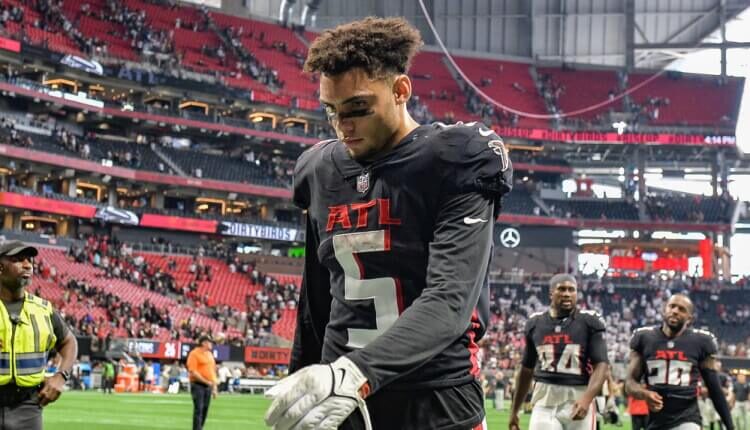 Week 3 is here, and if you follow my wide receiver rankings, I’m sure you are 2-0. Last week, I hit on some top receivers like Mike Williams and Michael Thomas. So, let’s keep the ball rolling with this week’s rankings.

There are a ton of great matchups this week, and emerging wide receivers. Amon-Ra St. Brown is proving he could be a top-three wide receiver this year. Christian Kirk is emerging as a start every week. And Thomas seems to be back to his old self, after missing two seasons.

Let’s get into the rankings for Week 3.

As mentioned above, Kirk has become a must-start every week. On the season he has 12 receptions for 195 yards and two touchdowns. This week the Jaguars will face off against the Chargers.

The Chargers are a far better team than the Jaguars, which means, the Jaguars will be playing from behind. This means Kirk will have more opportunities to score. On the season, Kirk is on the field 90% of the time. This is why I have him as my WR12 this week. He will get the volume, and as of now, it looks as if he is the only one to come down with the ball.

Drake London has his breakout game in Week 2. He almost had it in Week 1 but didn’t score a touchdown. Against the Rams in Week 2, London put up 86 yards on eight receptions and a touchdown.

But, what is promising is his targets. London is leading the team with 19 targets in two games. Kyle Pitts has 10 and Cordarrelle Patterson has six. So, Marcus Mariota is looking his way. This week the Falcons have the Seahawks.

On paper, the Seahawks play well against the passing game. But, in Week 1 they played against Russell Wilson, who didn’t look like himself, and Jimmy Garoppolo. I know Mariota isn’t much better, but he did light up two strong defenses in the Saints and Rams.

I have London as my WR23 this week and he is sure to climb in the rankings.

Last, I have Allen Robinson II who should have had two touchdowns last week, if the play wasn’t blown dead halfway through. Robinson looked like he was not going to be a factor for the Rams after that Week 1 loss.

But, the Rams bounced back and Robinson looks to get a lot of volume in this offense. He only had five targets last week, but they did look Robinson’s way quite a bit in the red zone. Teams could double up on Cooper Kupp, which will leave Robinson snagging a lot of touchdowns.

I have Robinson as my WR28 against the Cardinals. I expect Robinson to leave off how he started last week and will be a deadly threat in the red zone. The Cardinal’s secondary is questionable, which is why the Chiefs lit them up in Week 1. I expect the Rams receivers to have a field day against this secondary.