Fantasy EPL: What to Do While You Wait For Your Draft Pick? 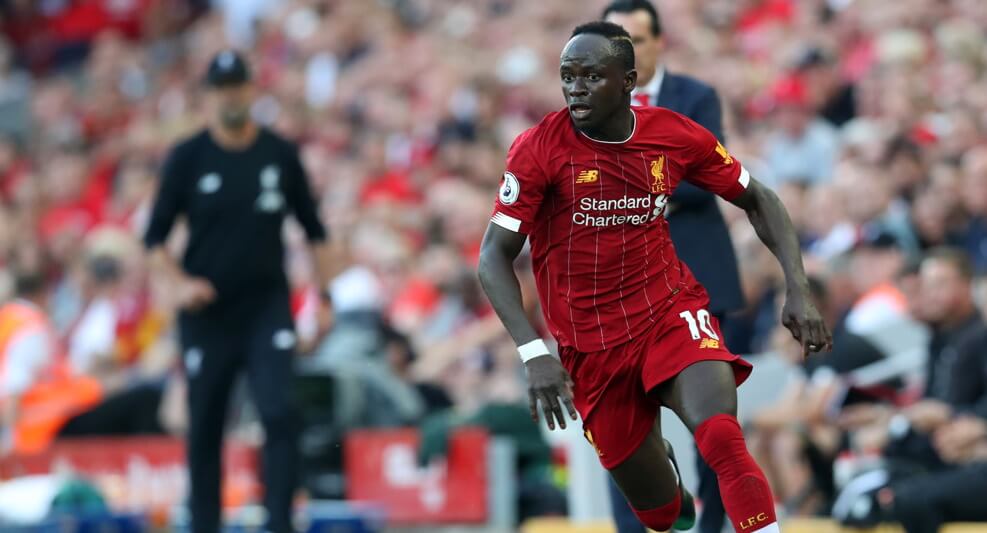 We’re delighted to welcome back Draft Premier League Community Legend and regular @FPLKickaround analyst @Tottiandor to Fantrax HQ for another special guest article!  This time, Totti looks into a question that many Fantrax managers have never actually considered; when you’re waiting for your next draft pick, what should you actually be doing?!  Other than panicking…

What to Do While You Wait For Your Draft Pick?

“I like the cover,” he said. “Don’t Panic. It’s the first helpful or intelligible thing anybody’s said to me all day.” – Douglas Adams, A Hitchhiker’s Guide to the Galaxy.

Famous words, that could not be more true for what this article is all about.

As in every off-season, there has been a lot of talk about draft strategies in the Twittersphere and, I assume, in all the league chats. Which is the best pick in this year’s draft? Who are the sleepers? Which tactics to use? Preparation is always key when approaching your draft day, but however prepared you are, you have got to perform there, on the spot, when your name is highlighted, and the counter starts.

No one can stop a ticking clock. But the… great ones, the great ones always find a way to slow it down. (Draft Day, the movie)

Throughout this article a lot of Draft specific language will be used; here is a short thesaurus:

The Turn: A special couple of draft spots in a snake draft. Usually referred to the end/beginning of a round where, due to the nature of the snake draft, the manager’s picks are close together. It can be difficult to manage picking on the turn, but it can also be very rewarding if you have the right tactics.

Tier: A tier refers to a grouping of players, who are generally considered to be similar in value.

Run: A run is the part of the draft when similar players are picked in quick succession. Usually, it refers to players of the same position, but it can also be used to describe when a few players from the same team are picked one after the other. A run is usually induced by a manager picking a player of a position that has not been picked for a good few picks before. It usually results in the following managers re-evaluating their draft boards due to that first selection and start picking similar players.

Sleeper: A player who is generally overlooked in draft ranks, usually a less exciting player, who gets fewer points from scoring plays and more from peripheral scoring.

ADP – Average Draft Position: The cumulative number of where that player has been drafted over ALL Fantrax leagues.

Reach For Somebody – To pick a player ahead of their projected valuation.

As you have probably heard me mention on the FPL Kickaround Pod and on Twitter, if you follow me, I value making your own draft rankings very highly when preparing for drafts. More on this in an upcoming article of mine. However, as much as having your own draft ranks is not essential, preparation for the draft is. As the aforementioned quote aptly says, it is all about slowing down the clock between your picks, and the first step to do that is to prepare ranks. During the course of the off-season, you will be able to get ranks from anywhere on Twitter or other resources (I recommend Fantrax HQ’s very own Draft Kit). Whether you make your own or use somebody else’s ranks, it is of paramount importance, that you get familiar with them before draft day. You will not have time to second guess yourself when waiting for your pick and ranks are going to be your fallback.

Fun Tip: When using someone else’s ranks, I usually use my daughter’s extensive arts and crafts equipment to highlight players in said ranks. Color coding players to look out for in certain rounds, potential sleepers, and players who I am willing to reach for are essential when you only have mere minutes/seconds to decide who to pick. I also highlight the area in which my picks fall to have an idea of which players I can expect to be looking at when my pick comes.

Plan For The Day – The Technicalities

Draft Day is upon us. Whether you are drafting in person or over the internet with leagues spanning from Japan to California, you will need to have your surroundings in order. Sending your loved ones to a spa/playground for the day is always a good idea, but if you can find a quiet spot in your home, that will also do the job. Stock up with brain food that will help you concentrate, but remember, at the end of the day, this is supposed to be fun, so no energy bars and vitamin water. My go-to is a beer and a packet of crisps; you really cannot go wrong with that. DISCLAIMER: Drafting under the influence, although might sound fun, is never a good idea.

On a more serious note, checking your internet connection and having a backup device (laptop+mobile phone) is never a bad idea.

Getting Comfortable in Your Spot

In the last few weeks on the Kickaround Pod, we have been discussing draft spots. Which one is better and which is worse. After a lot of debate, we have come to the conclusion that all spots can be equally good if you prepare for them ahead. Getting comfortable in your draft spot is essential if you want to use the time between your picks right. For the purposes of this article, getting comfortable in your spot means that you have the chance to prepare one more way. Calculating how much time you are expecting to have between your picks will invariably determine your strategy.

Now that you have done all your preparation, let us have a look at what this article is really about. What to do once you have made your pick and you are waiting for your next one? It goes without saying, but throughout the whole process, pay attention to the draft picks and mark them down in your ranks.

I’ve written/talked extensively about having ranks readily available to you on draft day; however, using the queue function on Fantrax is a very good tool to use when between picks. Usually, right after my pick, I try to identify at least 5 players, who COULD make it to my next pick and immediately put them into my queue. Adding players who are ranked much higher than your next pick is not necessary, because whether you have the main list set to rank by ADP, your own rankings or Fantasy points, the players falling from their expected valuation will be top of that list as well. Having them top your own queue too is not necessary; therefore, you can use the second list as your anticipation for your own next pick.

Know Who is Around You – Observing Tactics

Now that you have your queue sorted, you can start observing the draft. If you are picking in the middle, you have less time, but also fewer managers to worry about; whereas, on the Turn, you have more time, but everyone is picking 2 players before you come around next. This is the time to check on your opponents’ teams, try to look for patterns and roster tactics. Telling signs of who the managers are going to pick include:

Of course you have to take the gathered information with a grain of salt. After all, your fellow managers might have read this article as well and might be doing the same thing. However, if you are drafting “against” other managers, successfully predicting the tactics they are using can win you a draft.

When Your Pick Comes

The Fantrax application has a neat feature, where it notifies you when you are next to pick (on deck). When this notification appears, you will want to be ready and prepared. If you have followed the steps outlined before, you are already pretty certain about who you are going to pick, whether it is a faller, a sleeper, or you are preparing to reach for a player. Your pick time, therefore, is not there to help you decide, it is there for you to do due diligence.

My process is as follows:

What Not to Do Between Your Picks

Lastly, I would like to list a few things I would try to avoid doing when waiting between your picks.
The most common mistake I’ve seen made is “doing a commentary” on picks being made in the league chat. This takes time and has no added value to your draft. Going into the group chat during the draft should be done tactically, looking for clues on where others might go and leading them down paths away from what you are going to do. Writing things like “Look at this midfield tier, so many good ones!” will inevitably throw a few managers off their rhythm and will make them dive deep in the midfield pool to look for what you are talking about, whereas discussing whether a player picked several rounds ago will play higher up the field only loses you valuable time.

Do not let the moment take you away. If you have done your preparation and followed the planned steps between draft picks, you might find that you have more time on your hands. Trust your former self and do not second guess your draft ranks. It will only lead you down a rabbit hole.