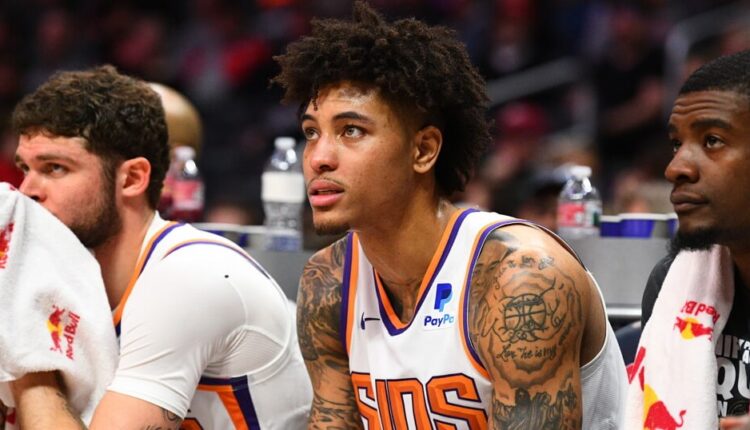 For many, the fantasy playoffs are already underway. If that is not the case, the final battle for seedings is surely heating up. Whichever category you fall in to, the time to make a few tough decisions has come. The latest edition of the fantasy blacklist conveys a few of my thoughts, outlining potential drop candidates. Streaming a couple of roster spots may be the route you choose and navigating that path can be tricky. Along with the current player rankings and our Week 20 schedule grid, we have everything you need in one place as you look to dominate your opponents. Are you finding it hard to cut that one player you are hoping can turn it around? Take the emotion out of it and, using this advice, wave goodbye to those you once loved.

Given the proximity of the fantasy playoffs, many may not have the option of waiting for news to come on Oubre. He was initially diagnosed with a torn meniscus, an injury that cost Zion Williamson more than half the season. While there has been no official word on how the Suns are going to proceed, he is likely to miss time moving forward. This is certainly disappointing with Oubre having a career year. On the off-chance he does return at some point, a knee injury is certainly not going to lend itself to peak production. With all the uncertainty, Oubre is a drop candidate across most competitive formats.

Bryant is on the other end of the injury journey as he continues to work his way back from a foot fracture. He came into the season as a potential breakout candidate but has been flawed by the injury bug. The Wizards are not playing for anything and they are likely to be over-cautious with Bryant. He was moved back into the starting lineup for Sunday’s game, however, he still played only 16 minutes. Despite an element of upside, Bryant’s roster spot could be better served by streaming. In a roto-league, perhaps you sit on him to see if he can trend up over the final few games.

Morris remains rostered in far too many leagues. The recent move to the Clippers basically signaled an end to his run of fantasy relevance. Over the past two weeks, he is outside the top-170 and much of that came with Paul George sidelined. As the Clippers look to push for a high playoff seeding, they are likely to build towards being full-strength. Hence, Morris could continue to trend down over the coming weeks and can be dropped in most standard leagues.

Beverly himself is working his way back from injury. His position as the starting point guard is all but assured, however, the playing time is not. The Clippers acquired Reggie Jackson from the Pistons and he provides a solid scoring option off the bench. While Jackson is unlikely to have any sustainable value, his arrival does appear to be cutting into Beverley’s opportunities. Of course, the Clippers could simply be taking it easy as Beverley works his way back. Until we get clarity on what is transpiring, Beverley is tough to roster if you need consistent production heading into the playoffs.