Fantasy Blacklist: Not So Flash Gordon 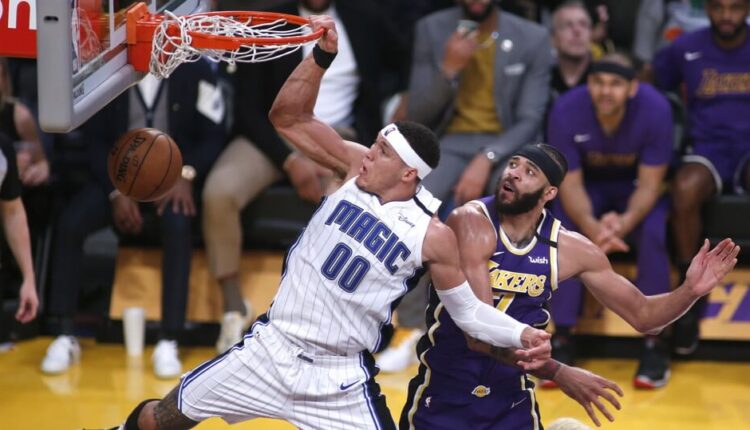 Before diving into the fantasy blacklist, I need to pay my respects to Kobe Bryant. Bryant is, and always will be an icon of the sport. Whether you loved him or not, what he achieved both on and off the court is unquestioned. His legacy is undeniable and even those who never saw him play will undoubtedly be feeling the impact of what has happened. Not unlike many others, Kobe was taken far too soon. All we can do is remember him as not only a great player, but a great father, husband, son, and icon to many.

Gordon continues to be rostered in almost every league despite his questionable production. The loss of Jonathan Isaac to a season-ending knee injury provided Gordon with what seemed to be a great opportunity. Unfortunately, he has failed to capitalize and an argument could certainly be made that he has even regressed. Over the past month, Gordon is outside the top-200 in standard leagues. His rebounding numbers are basically all he has to hang his hat on at this stage. Barring a spectacular turnaround, Gordon seems destined to be seen as a player that never reached his full potential. His game has struggled to adapt to what is a new look style of basketball and his foundations are serviceable at best.

Markkanen is slated to miss at least the next month of action with a hip injury. After a slow start to the season, Markkanen had started to get things trending in the right direction despite the Bulls’ continued struggles. Despite the four to six week timetable, there is certainly a world in which we don’t see him back on the floor at all this season. The Bulls are on the outside looking in when it comes to the playoff race. Already without Otto Porter and Wendell Carter, it seems doubtful they will challenge at this stage. Even if they do go on a run and Markkanen makes it back, the fantasy season will be in its final stages. Unless you are guaranteed first or second place, it is time to think about moving on.

Perhaps this list should simply be called the Kuzma report. Kuzma is the 246th ranked player over the past month. Yet he remains rostered in 86 percent of leagues. Anthony Davis missed a period of time due to injury, allowing Kuzma to slide into the starting lineup. Even that was not enough to propel him into the standard league conversation. He is typically one of those players who is rostered based on name rather than production. With very little upside or path to minutes, Kuzma is absolutely someone that has earned his fantasy blacklist status and can be dropped in all competitive formats.

Not unlike Kuzma, Barnes is a player whose value is reliant on his points production. Scoring can often create a smokescreen when it comes to overall fantasy appeal. You will regularly see players such as Barnes and Kuzma who are rostered over those who have a much more well-rounded fantasy game. Being aware of what the average production in each category is can be a crucial piece of knowledge. For example, 0.6 blocks are the equivalent of 14.6 points. A fantasy manager is typically going to be drawn to the points total as opposed to the blocks. Barnes is a player that can be held in certain situations. However, there is likely to be more value available in either streaming or chasing low-key numbers.

Anunoby began the season with a flurry before tailing off in recent weeks. He is still the 120th ranked player over the past two weeks but that appears to be trending in the wrong direction. The Raptors have their starters back on the floor and that is likely to mean fewer minutes for Anunoby. He is a low usage player who relies on defensive production to buoy his fantasy value. At this stage, steals are far and away his best category. If you are in a competitive league, there are likely to be a number of steals streamers available. This in itself takes away from his overall appeal leaving him as more of a streaming option in his own right.

Millsap is currently on the sidelines with a knee injury, having missed the last 10 games. However, prior to his injury, Millsap was certainly far from a must-roster player. In his absence, Jerami Grant has stepped up and provided more than adequate production. Millsap has no definitive timetable for his return at this stage. When he does make it back to the court, the Nuggets are likely to be cautious with him, limiting his playing time and perhaps resting him on back-to-back sets. If you are holding Millsap, the time may have come to let someone else deal with the uncertainty.