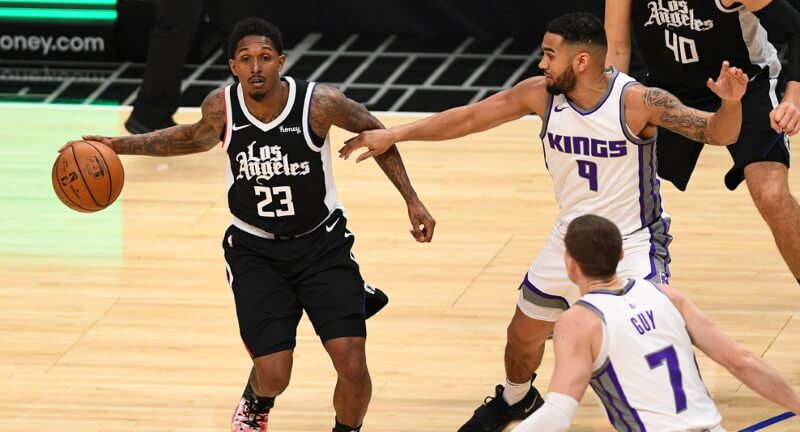 Unfortunately, this weekend doesn’t offer a lot in terms of double-dipping on players with two games in two days, Only the Suns are hosting a back-to-back, but there are still a few interesting options to mount a late push to pick up points in weekly formats. It should be said, most of these players are streamers and don’t project as long-term roster options, but if you’ve moved a player to your IR, or have a final spot or two in-flux these guys may help you win the week.

As mentioned above The Suns have a bevy of pickup options, some are less likely to be available than others. The straight forward pickups being Cameron Johnson or Frank Kaminsky. As I mentioned in a previous article, Johnson merits a pickup in every 12-team league at this point, though his minutes seem inconsistent. As for Kaminsky, he’s been input in the starting lineup and averaged over 25 minutes his last three games. He tends to only bring in 10pt, 5reb, and around 1.5 3pt, but with two games, his value doubles.  Jae Crowder could be an option as well if you have a close matchup in defensive stats or three-pointers made, and due to injuries even E’Twaun Moore could provide hollow, but useful scoring stats.

Don’t Fear the Deer, Pick Them up

With Jrue Holiday out due to covid protocols, Bryn Forbes has stepped in as the starter at point guard the last two contests, while Donte DiVincenzo‘s role and minutes have expanded in Holiday’s absence. The Bucks are already a top 5 scoring team and face the woeful, and injury-ridden OKC Thunder on Sunday. Both Forbes and DiVencenzo should present solid opportunity in all scoring stats.

With HALF their team out with injuries, the Magic are struggling, but with that comes an opportunity for fantasy owners. Cole Anthony left with a shoulder injury 14 minutes into Tuesday’s game with the Trailblazers, and Frank Mason III left the next game. With Markelle Fultz out for the season and Michael Carter Williams still sidelined, Terrence Ross stepped up with 20 points off the bench. Also of note, Aaron Gordon’s perpetual state of injury means James Ennis III is picking up some meaningful court time. The veteran wing, can dabble with a steal a game and is liable to get hot from three, and presents a spicy low-risk option in scoring and defensive stats. Ennis III came through Friday with 17 points and 10 rebounds.

I know, no catchy header, just Lou. With Patrick Beverley out and Paul George sidelined for an undetermined amount of time, it’s Lou’s turn to get some buckets. Over his last three, Williams is averaging more than 20pt, 5ast, and 2 3pt made. Most importantly of all though, he’s playing 25+ minutes, even if PG13 does come back Sweet Lou seems to have found his shot headed into the weekend.

Did you find Michael’s Weekend Streamers helpful? For more help adding to your fantasy basketball squad head on over to our Fantasy Basketball Waiver Wire.