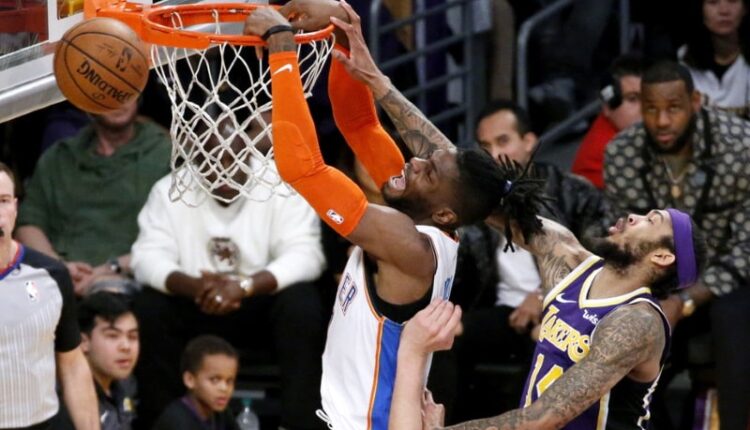 Build yourself a delicious left-over Turkey sandwich and sit down with your roster; it’s time to do some tinkering. Twenty teams play two games in three nights, but the pickins’ are still a bit slim.

As stated in previous editions of Weekend Streamers, all listed players are on teams that play 2 games between Friday and Sunday.

Vanderbilt has been a consistent 25-28 minutes a night all season but has had an uptick in performance of late, grabbing double-digit rebounds in four straight games. Some of his success is contingent on Karl-Anthony Towns (KAT) getting into foul trouble, which is often the case. KAT led the NBA in fouls in 2019 and was in the top 20 last year.

Regardless of Towns, Vanderbilt’s minutes should remain in-tact and he could have the potential to pull down 16-22 rebounds over his two weekend contests. The kicker here is his 3 steals per game over his last three, which seems like an impossible stat line to recreate. But, when you’re hot you’re hot and he may lend his hand in chasing steals as well.

Bane was the last pick in the first round of the 2020 draft, and the 6’6 wing out of TCU is showing himself to be an offensive main-stay for the young, exciting Grizzlies. Over his last three outings, Bane is pouring in 23 points, and 4 three-pointers made.

Bane doesn’t offer much else offensively, except for his FT%. Even though his FG% has been outstanding of late, it is a trend that likely isn’t sustainable. He could also be a potential plus in steals, though I wouldn’t count on it.

With Killian Hayes yet again sidelined, Corey Joseph is again saddled with the majority of point guard minutes. His lines haven’t been amazing but he’s logged 7 assists per, over his last three games, before exiting early with an ankle tweak on Wednesday.

Obviously, that is a huge concern, and watch for early reports Friday before making this pick-up. In a slim week for potentially useful weekend streamers, if Joseph is healthy he is the best option for assists, likely followed by Juan Toscano-Anderson, R.J Hampton, and Monte Morris.

The Lakers are dealing with a litany of injuries and the veteran center has started the last two games, snatching 11 boards in each. Another variable making him more enticing is that he just isn’t shooting free throws. Only playing in the low twenties in minutes and rarely a part of the offensive ball movement, Jordan has only taken 6 free throws in his last 10 games.

This means you don’t necessarily need to worry about him blowing your FT% to smithereens, which was always a fantasy manager’s biggest concern, even when he was a dynamic fantasy option. Jordan is no longer rosterable in anything but deep leagues but fits the bill for a great weekend streamer.

The man played 39 minutes on Tuesday and only grabbed 7 rebounds, and scored 4 points, he did however swat 2 shots and blocked 3 each of the two prior games. At this point, Noel can’t even be counted on as a reliable source of rebounds, but alas his blocks could put you over the top in a close match-up