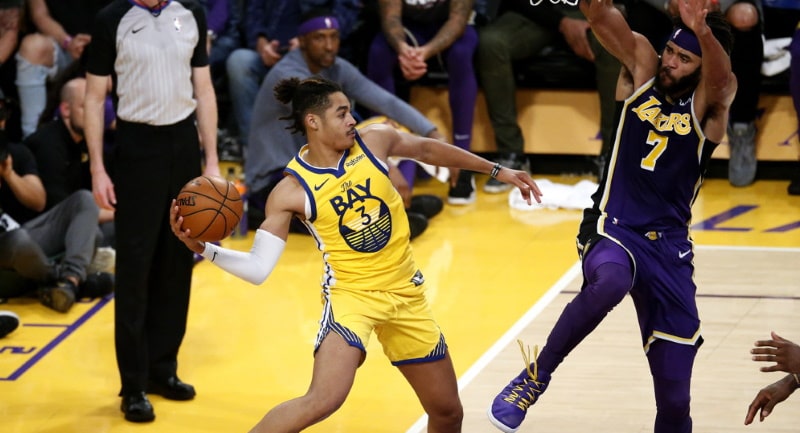 The trade deadline has come and gone. With that, rosters and rotations are going to be in a state of flux for several teams this weekend. For instance, who exactly is going to be playing basketball for Orlando? The answer, Terrance Ross at the 1, 2, 3, and potentially the 4. All kidding aside, our search for weekend streamers should be an interesting one, with a healthy number of DNP’s for players and teams in transition.

Alas, after all the speculation Lonzo Ball is still in New Orleans, for now. On the surface this could bump Alexander-Walker’s (NAW) long-term futures down a bit, but not for this weekend. NAW should continue to start for the time being, as Ball re-aggravated his hip injury in practice Thursday. The second-year guard out of Virginia Tech has averaged 19 points, 5 rebounds, 2 assists, a steal + block, with 3 three-pointers made in his starting role over his last two games. Look for him to keep it rolling into the weekend.

Stephen Curry is set to miss at least another week of action with his bruised tailbone, and thus the legend of Jordan Poole Continues. Poole is averaging over 20 points and 3 three-pointers made in his 5 starts in Curry’s absence. In the instance you find yourself chasing points and threes, Poole is the best man on the market. He is also shooting nearly 94% from the charity strike in 20-21 but his FT attempts tend to be on the low end.

He has a high ownership percentage but has actually been dropped in 4% of leagues this week. His new home in Orlando should also mean a massive uptick in usage. His per36 numbers suggest he should be a walking double-double if he’s just given the opportunity. Orlando is unsure if Carter Jr will be available for Friday’s game against Portland, but he projects to be a rosterable player for the remainder of the season, especially at the fantasy thin position of center.

2.4 blocks, 1 steal, and 12.6 rebounds over his last 5 games. It honestly shouldn’t even matter how many points he’s averaging, Brown is a must-pick-up. Even having moved back to the bench with Al Horford healthy again Brown posted 31 minutes, and an eye-catching 19 points and 12 boards. I know it seems like a new member of the Thunder is on my list each week, that’s just the nature of their team. A lot of opportunities to be had.

Larry Nance Jr
PF/C CLE – 85% Owned
Led the league in steals prior to his injury, averaging over 2 a game since his return.