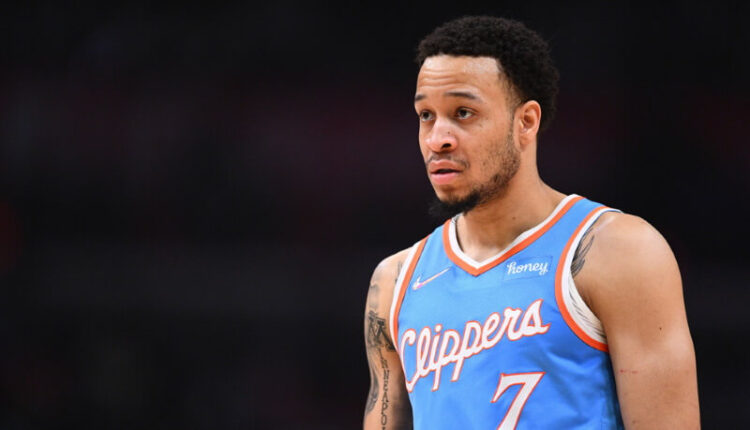 We’re back with another edition of Fantasy Basketball Weekend Streamers, where we look to identify some of the top streaming options over the next three days that can hopefully make a difference in helping you win your matchups this week. As always, the key here is to find, not just the best available players to stream, but to specifically focus on those who play two games over the weekend, to maximize the ability to rack up some stats. With a total of 25 games being played between today and the end of Sunday, there are plenty of strong options to choose from, so let’s dive in!

With the Clippers battling injuries, Amir Coffey has stepped into a much larger role for Los Angeles, and the third-year man out of Minnesota has taken full advantage of the opportunity. Seeing 30 or more minutes in eight of his last ten games, Coffey has topped double digits in seven of them, with 16 or more in six of those. On top of that, Coffey has knocked down 2.6 threes in that span, accumulating 12 steals to go with it. With 48 points, 6 triples, and 3 steals over his last two games alone, Coffey is really starting to find his groove as we approach the weekend. Road games against the Heat and Hornets don’t present the easiest pair of matchups in the world, but the Clippers have been riding the hot hands of late, and Coffey is definitely one of those hot hands. As a result, he makes for a very strong streaming option this weekend.

He’s back! With Rudy Gobert out this weekend as he recovers from a calf strain, Hassan Whiteside is looking at minutes in the 30s this weekend, and we all know what Whiteside is capable of when given this type of court time. In a pair of games against Phoenix over these past two contests, the big man averaged 13 and 10, adding 1.5 blocks for good measure. With games now coming against the Grizzlies and Timberwolves, Whiteside should be able to easily top those averages. Fully capable of top-50 production when given the minutes, just sit back and enjoy the show as Whiteside stuffs the stat sheet every night until Gobert returns.

With Deandre Ayton and JaVale McGee out of the lineup, Bismack Biyombo has been starting and playing around 30 minutes per game for the first place Suns, and he has not disappointed. The veteran big man has double-double three times in his last five games, averaging 15 points and 10 boards in that time. He has also recorded 6 blocks over the past three games while committing just 2 total turnovers. He should have no trouble continuing this level of production this weekend with matchups against the Timberwolves and Spurs, making him another strong streaming option for anyone in need of typical big man stats.

Despite having an all-around terrific rookie season thus far, Herbert Jones has not gotten nearly enough love this season, and is therefore still an option in many leagues as a potential weekend streamer. Jones has consistently seen minutes in the mid-to-upper 30s of late, and he’s produced on both ends of the floor. In 12 January games, he’s scored at least 9 points in all of them, he’s knocked down 14 threes, swatted 12 shots, and come up with an impressive 24 steals. His defense has carried his value both in the NBA and in fantasy, and his offense is more than acceptable for a guy who gets you such a rare combination of steals, blocks, and threes. As a result, he’s a great option not just for this weekend, but likely for the rest of the season as well.

Another Pelicans player who could make for a solid streaming option this weekend is Nickeil Alexander-Walker. With both Brandon Ingram and Josh Hart out of the lineup, NAW exploded for 31 points and 5 triples in 37 minutes, in what was easily his best game of 2022. With both of them questionable for this weekend’s contests, and Ingram looking closer to doubtful at this point, Alexander-Walker could once again be in for big minutes and the chance to erupt on the offensive side of the ball. His floor is not as high as some of the other streaming options this weekend, but his ceiling is as high as anyone’s. The 23-year-old offers some serious boom-or-bust potential here, but his upside makes him a very intriguing option as he goes up against the Nuggets and Celtics this weekend.