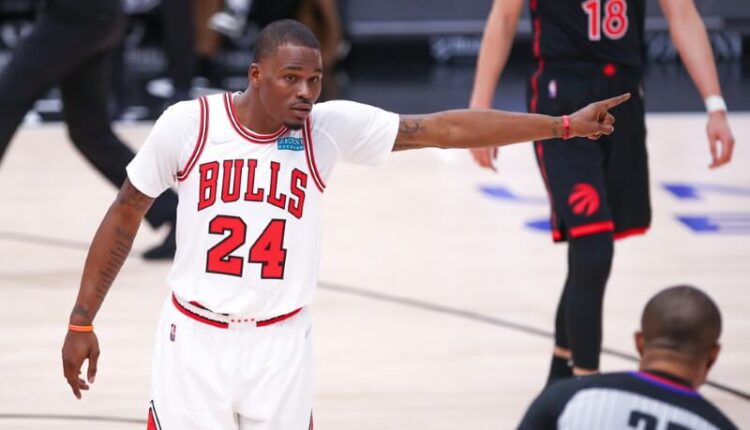 With the season making its way into March, there are only a handful of weeks remaining before the fantasy basketball playoffs begin. This makes it more crucial to win each week and finish the season strong so that you can hopefully either solidify your seeding for the postseason or even make it into the bracket at all. A key factor in being able to do this is to close out each week with a strong weekend performance from your team, and potentially adding a few weekend streamers with enticing matchups is a great way to do this. So let’s dive right in and take a look at some of this weekend’s top streaming options who, as always, must have two games scheduled over these next three days.

After averaging just over 20 minutes per game for the majority of the season thus far, Javonte Green has started each of the last six games for the Chicago Bulls, and he has produced some very solid numbers as a result. Green has reached double figures in scoring in four of his last five games, and he has put up some very impressive defensive numbers to go along with his somewhat surprising scoring levels. The 28-year-old has recorded both a steal and a block in each of his past four contests, totaling 7 steals in that time. With one of his two games this weekend coming against a banged up Pacers squad that is deep into their bench for minutes, Green should have no problem continuing this pace of solid scoring with terrific defensive stats. If these are categories you need to make a late push this weekend, Javonte Green is your guy.

The Indiana Pacers are absolutely decimated by a combination of injuries and health & safety protocols, leaving Terry Taylor as one of the last men standing for coach Rick Carlisle. Lucky for Carlisle however, is that Taylor appears to be a hidden gem through his first few days of NBA action. The undrafted rookie out of Austin Peay has stepped up as well as anyone could have possibly imagined, dropping 15 points and 8 rebounds on Monday before exploding for 24 points and 16 boards in an incredible performance against the Magic on Wednesday. The 6’5″ shooting guard has shown no fear, taking (and making) shots all over the floor while battling for boards down low on a currently very undersized Pacers roster. What’s even more impressive is that Taylor has yet to shoot below 50% in a game, albeit in an extremely small sample size. Either way, Taylor should once again see major minutes this weekend with the team still riddled by injuries, and he has made it abundantly clear that he will produce when given the opportunity.

While not the most exciting name in the NBA, Reggie Bullock has been lighting it up from downtown for the Mavericks of late, and offers a lot of specialist appeal as a weekend streamer over these next few days. Bullock has knocked down 18 threes over his last four games (4.5 per game), averaging 17.8 points to go with the sharp-shooting from beyond the arc. The 30-year-old veteran has also racked up 7 steals in that time, adding a great deal of value to both the Mavericks and fantasy rosters beyond simply shooting the ball well. He played 38 minutes last game after seeing 31 before that, so we can certainly expect big minutes again this weekend as Dallas does battle with the 76ers and Hawks. Bullock makes for a great streaming option for anyone in need of 3-and-D type player this weekend.

Another option who can provide similar stats to Reggie Bullock but with an even higher ceiling is Tre Mann. Mann has been hot over the past three games, and he stepped into 41 minutes last game with Aaron Wiggins going down with an ankle injury. He finished the game with an impressive 29 points, 6 threes, a steal, and a blocked shot, shooting an efficient 8-for-14 from the floor. Prior to this outburst, Mann 5 threes and 5 steals over his previous two contests, giving him a lot of appeal in those categories with the obvious upside of dropping 30 points either today or tomorrow. With both games coming against the defensively-challenged Trailblazers and Kings, Mann makes for an exciting streamer this weekend and possibly beyond that as the Thunder desperately search for offense from anyone who can provide it.

Now fully over his hamstring injury, Nicolas Claxton had arguably the best individual performance of his career Wednesday night, putting up 23 points, 11 boards, 5 blocks, and a steal on a ridiculously efficient 9-for-11 from the field. With LaMarcus Aldridge now out with a sprained ankle, Claxton should get even more run for the Nets this weekend, and he should have no trouble filling up the box score for Brooklyn. The talent, energy, and work ethic have always been apparent for the 22-year-old, and now a combination of health and a necessity for more minutes should finally allow him to break out over the next few games at the very least. The big man should be streamed with confidence this weekend as a great source of boards, blocks, and efficient scoring.