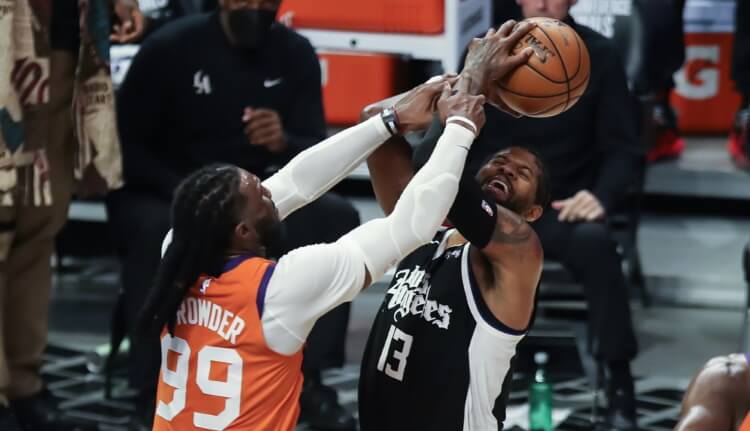 After a week off from NBA action for the all-star break, we’re back for the season’s final stretch before the playoffs. Right off the bat, we head into this weekend to cap off the always-interesting two-week matchup, so it might feel especially important to come away with a victory. With that in mind, there are a number of teams with two games this week, meaning several players have the opportunity to make a difference this weekend and help you win your matchups. So let’s dive right in and take a look at some of these top streaming options for upcoming three days.

Once again, I find myself hyping up Luke Kennard, as he continues to be one of the best plug-and-play fantasy options in the league. Kennard goes hot and cold like few others in the league, but he went into the all-star break on a high note with 25 points and 8 threes, and I think he has a solid chance of picking up where he left off this weekend. Matchups against the Lakers and Rockets present some nice opportunities to produce this weekend, especially if you are looking for triples. The former Duke standout carries a nice floor too, knocking down at least one shot from beyond the arc in every game except one this season. He’s far from a guarantee to contribute in other categories, but he is a top streamer for anyone in need of shooting this weekend.

With both Chris Paul and Cameron Payne out of the lineup, Aaron Holiday functioned as the sixth man last night, seeing a solid 25 minutes for the NBA-leading Suns. In response to the additional minutes, Holiday put up a very solid line of 12 points and 5 assists, adding a pair of threes and a steal for good measure. The 25-year-old shouldn’t have too much trouble replicating this type of line for as long as Paul and Payne remain sidelined, so he makes for a solid streaming option this weekend as Phoenix takes on New Orleans and Utah. He probably won’t explode for 30 and 10, but his floor is relatively high given his expected workload in the coming days.

Another Suns player who could make for a great streaming option this weekend is Jae Crowder. While not flashy or exciting, Crowder consistently produces across the board, especially contributing in threes and steals, making him a great specialist pickup for the weekend. Crowder has knocked down at least one triple in five straight contests while amassing 10 steals in his last three games. On top of that, he chips in with points, rebounds, and even assists, making him an excellent value for anyone looking for extra production of any kind this weekend. If last night’s line of 17 points, 5 boards, 4 assists, 4 steals, and 2 triples is any indication, the veteran can certainly help win some matchups.

An odd combination of stats, Maxi Kleber is a solid three-point shooter who can also pile up the boards and blocks like a traditional big man. These qualities are especially valuable in fantasy, where guys who can shoot from outside and protect the rim are coveted. Kleber is a prime example of this, as the big man has recorded three or more triples on three occasions within his last nine games, while also tallying three or more blocked shots in the same timeframe. He’s also topped 7 boards in five of his last eight, while even scoring a combined 39 points in his final two games before the break. A pair of matchups this weekend against the Jazz and Warriors definitely is not the most fantasy-friendly schedule, but he is still more than capable of putting up strong numbers in his areas of expertise. Don’t let the matchups scare you away this weekend.

Admittedly, this one is a bit of a gamble. Taylor has been tremendous when he sees enough minutes, but Indiana’s rotations are a bit of a mystery at this point. But because I love what he brings to the table, I’m going to confidently assume that Taylor will once again see enough minutes to make a difference this weekend, as the Pacers have favorable matchups in the Thunder and Celtics. Taylor has averaged 12.7 points and 7.7 rebounds on an absurdly efficient 72% from the floor over the past two weeks, and his upside for highly efficient double-doubles at 6’5″ is honestly just impressive. Again, there’s a chance he doesn’t see 20 minutes and in turn drops a dud this weekend, but hopefully the team will realize that continuing to feed Taylor minutes is the smart move for a team effectively going nowhere this season. As a result, I believe in the 22-year-old as a top streaming option this weekend.

What?! You’re not hosting your fantasy basketball league on Fantrax? Inconceivable! Check out all the features of Fantrax Fantasy Basketball Commissioner and we’re pretty sure you’ll come around to our way of thinking.
weekend streamers
Share