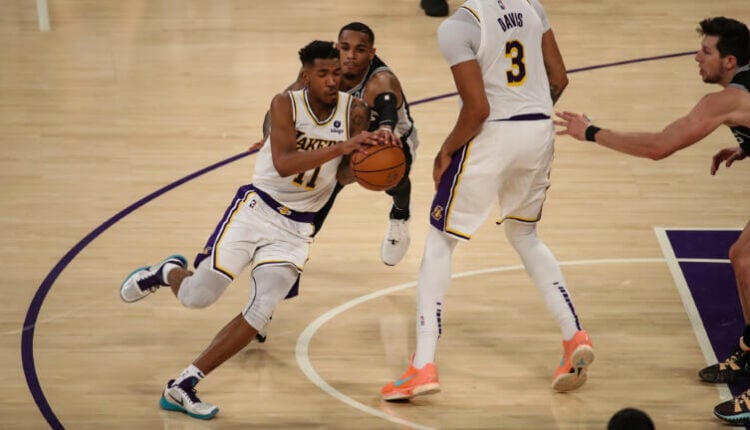 As we head into the new year, let’s start things off right by finding some top-notch weekend streamers to help you win your fantasy matchups! As always, the top streaming options might not always be the best players available, but they are the best options in this particular weekend with two games over these next three days. So let’s dive right in and identify this weekend’s game-changers.

Isaac Okoro has been somewhat inconsistent through the early part of his sophomore campaign, but he has strung together a nice stretch of games lately with double-digit scoring in five of his last six. With 12 threes in that span as well, it’s safe to say that Okoro is starting to find a rhythm with his shot. Now that Ricky Rubio is out for the season after tearing his ACL, the Cavs are going to need someone to step up, and Okoro could definitely be that guy. He should see as many minutes as he can handle this weekend as Cleveland looks to bounce back against Atlanta and Indiana.

With so many players on the Thunder sitting out due to health and safety protocols or injuries, Aaron Wiggins has stepped up as a big-time scorer for the Thunder over the past few games. The rookie is averaging 20.0 points, 6.3 rebounds, 1.0 steals, and 1.3 threes over his last three contests, and he should be able to keep things going against the Knicks and Mavericks. Shooting a ridiculous 62% from the floor over this hot streak, there’s no reason why he couldn’t see close to 40 minutes per night this weekend, especially if Oklahoma City’s typical backcourt starters remain out.

Malik Monk has been on fire over the past three games, averaging 20.0 points and 2.7 threes per game over the short stretch. Monk has shot 50% or better in each of those games, and he hasn’t missed a single free throw either. It looks as easy as shooting the ball into the ocean right now for the young guard, and he should have no problem keeping the hot shooting going against Portland and Minnesota. The Lakers have lost six of their last seven contests, and Monk has been one of the very few bright spots on the team during their slump, so he looks to be a lock to keep seeing minutes in the mid-30s this weekend.

After missing all but 15 games this season for a variety of reasons, Marcus Morris is back and looks as good as he ever has. The veteran is averaging 23.5 points, 7.5 rebounds, 4.0 assists, and 2.0 threes in his first two games back thus far, and he is showing no signs of slowing down. With Paul George out of the lineup, Morris looks to be a go-to scorer for the Clippers, which will likely result in some huge stat lines, even if it doesn’t result in many Clippers victories. With upcoming games against Toronto and Brooklyn, Morris has a good chance to top 20 points with ease, and double-digit rebounds is certainly on the table as well. Scoop him up off the waiver wire if you still can!

With Lonzo Ball out of the lineup due to health and safety protocols, and Alex Caruso still sidelined with a foot injury, Coby White has stepped up in a major way for the Bulls, leading them to five straight wins while playing some really good basketball. White scored in double figures and knocked down three or more triples in three of those five games, going off for as many as 24 points in a win against Houston. Most recently, the 21-year-old guard produced a huge double-double with 17 points and 12 assists, arguably looking better on the court than ever before in his young career. With the team still severely lacking depth, White should once again be slated for big minutes in games against the Pacers and Wizards, and he offers a higher ceiling than just about anyone else that might be available for streaming.