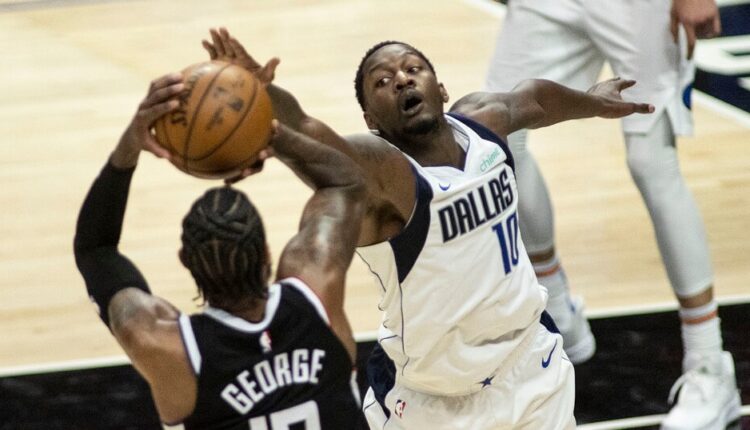 As mentioned in previous editions of this article, Weekend Streamers can only be players who have two games left headed into Friday. Streamers aren’t necessarily the BEST players available but the ones who have the best chance to accrue stats, playing 2 games in 3 days.

Dort has been a mainstay across my Weekend Streamers lists, along with many of his OKC teammates over the last two years. What makes Dort most intriguing heading into this weekend is as simple as a “heat check”. He is coming off two 20+ point games, averaging 4.5 threes, while shooting 46%.

Dort is notoriously streaky and he seems to have found his range so far this week. He is certainly a high risk to shoot a low percentage from the field but if you’re chasing points and threes, he’s likely the best, most readily available option.

Josh Hart returned to the Pelicans lineup Wednesday earning the start and logging 42 minutes.  After missing a week with knee soreness Hart dropped a solid 12 pts, 8 rebounds, and 8 assists. He is surprisingly available in over 70% of leagues and should play massive minutes in both the Pelican’s weekend contests.

Hart is known as one of the best rebounding guards in the league and is currently averaging 6.4. With that level of usage shown in his return, he may threaten to be a great all-around option pick-up headed into this weekend, and beyond.

Over his last 8 games, the Dallas swingman has averaged 1.75 steals a game, and 2.25 three-pointers made. Much has been made about Luka Doncic’s early-season struggles, but Finney-Smith is seeing a bright start to his holiday season.

Finney-Smith has only scored in double figures of 4 of those aforementioned 8 contests, and 70% of his shots are threes. So while he may be capable of hitting 4-6 threes this weekend, he is certainly not a great choice to bring a scoring punch to your roster.

With the surprising announcement that Kemba Walker will no longer be in the Knicks rotation, Alec Burks has been the key beneficiary. Burks has averaged 18 points a game over his last 6 games, and almost more importantly 35 minutes a night.

Potentially the most sought-after ability in streamers is availability, and with that level of usage Burks always presents the opportunity to have a big-time scoring weekend.

The veteran big man is only owned in around 50% of leagues, and it’s no surprise why. Adams isn’t averaging a block, and only scoring 7.1 points per game. But given two games in three nights, the Kiwi is liable to grab 17-25 rebounds in 2 games.

It’s hard to see where else Adams can help push a fantasy roster towards a win. He has averaged a steal a game over his last four, so while I wouldn’t expect anything but rebounds, there is always a chance he could throw in a steal and or a block.

I think most fantasy owners, like everyday people, wouldn’t be able to pick Garrison Matthews out of a line-up. That being said, the third-year G leaguer played 39 minutes Wednesday scoring 19 and hitting 3 three-pointers. Houston by about any metric is awful this year and is dealing with a  number of injuries. This could be the opportunity for Matthews to have himself a 35-50 point, and 6-9 3PM weekend across both Rockets games.