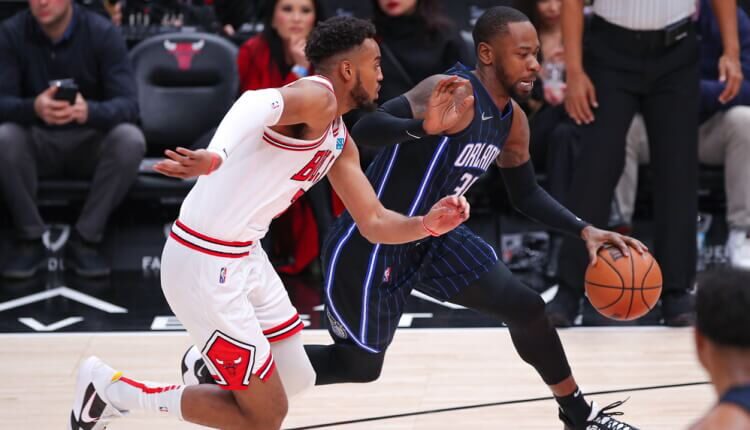 Here we go, baby! Fantasy basketball waiver wire season is back! Playing the waiver wire is essential to your fantasy Championship aspirations. It’s key to attack and take advantage of all the new opportunities that arise! There already quite a few injuries and lineup changes so it’s time to head to the wire. Here are five players who are ready to make a big impact on your fantasy teams! Good luck to all on a new 2022-23 season!

Walker Kessler season is underway in Salt Lake City. The big 7’1 rookie is a must-add due to his massive upside for the 2022-23 season. There will be some growing pains but he’s the future at Center and is going to be an absolute beast down the stretch. Kessler already made history in his debut becoming the only player to record a double-double while shooting 100% from the floor in their rookie debut. He followed that up with a four-block game. Rebounds check. Blocks check. Double-doubles…check! Oh baby! It doesn’t get better than that folks. Pick up the big fella and don’t look back. This is one jazz tune you’ll want to have on repeat!

Kevin Huerter is making it rain in his new uniform averaging 20.5 points and 5.5 3PTM over his first two games with the Sacramento Kings. He’s a nice compliment to Domantas Sabonis and De’Aaron Fox in the starting lineup and is a great source of three-pointers that are just crucial to your fantasy matchups. If you need threes on your fantasy team then you need to add Mr. Huerter. Chipping in with 3.0 rebounds and 3.5 assists is not too shabby.

Luguentz Dort is often forgotten about in OKC but he continues to impress and produce. Dort is averaging 11.5 points, 6.5 rebounds, 3.0 assists, 2.0 steals, and 1.0 3PTM to start the year in a starting role most importantly. The Thunder only have two main fantasy producers in Shai Gilgeous-Alexander and Josh Giddey which puts Dort in the clear number three position. The Thunder also features one of the worst frontcourts in the league so Dort will rack up the opportunities and the rebounds. I’m buying this all day long!

The injury to Robert Williams has opened the door for the other Williams in Boston…Grant Williams. The 4th-year pro made a name for himself with some monster games during last year’s postseason and he’s back at it racking up the category statistics to start the season. Williams is averaging 11.5 points, 6.5 rebounds, 2.0 assists, 2.0 blocks, and 2.5 3PTM during his last two games while shooting 86%. Sign me up for that! Al Horford always battles injuries throughout the season so there’ll be plenty of opportunity for Grant Williams to contribute on a nightly basis.

Terrence Ross won’t go away in fantasy circles! The 12-year veteran is on a roll to start the year with the Magic. Jalen Suggs does not have a timetable to return at the moment so fire up the free shooting Ross baby! Ross is averaging 17.7 points to go along with 4.0 rebounds and 3.0 3PTM per game to start the season. The biggest key is the minutes averaging 34 MPG. As long as he’s getting over 30 minutes, he is a must-add.

Fantrax was one of the fastest-growing fantasy sites over the last few years, and we’re not stopping now. We are the most customizable, easy-to-use, and feature-rich platform in the industry, offering the greatest fantasy experience for your dynasty, keeper, redraft, and best ball leagues. Fantasy sports doesn’t sleep, and neither does Fantrax, with seasons running 365 days a year. Take your fantasy leagues to the next level now at Fantrax.com!
2022-23 NBA Waiver Wire
Share