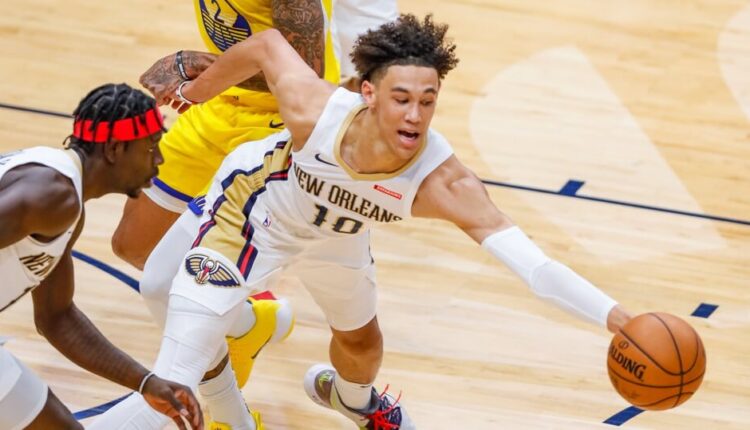 There are still plenty of waiver wire opportunities on the Week 13 fantasy basketball waiver wire. Injuries and tightly contested standings are offering opportunities for a variety of players.

Below are four key players on your waiver wire to gain an advantage on your competitors for week 12.

Jaxson Hayes has been shooting an incredible percentage recently. He has gone 29-of-39 from the field (74.4 percent) through the first six games in January. With Derrick Favors going down again this past week, Hayes has jumped into an increased role.

Hayes is a great athlete and finishes well around the rim. Whilst Hayes is still young, there will be some inconsistency. However, ride the Hayes wave while you can. He is my number one add this week.

Eric Gordon sat out a good portion of games early in the season.  However, he has slowly played his way back to form recently. Over the past week, he has averaged 17.0 points, 2.0 rebounds, 2.0 assists along with 4 three-pointers per outing.

Gordon won’t give you much outside of scoring and three-pointers. But with the Rockets living and dying by three-pointers, you should expect his three-pointers made and scoring to stay consistent for the remainder of the season.

Patrick McCaw has been the beneficiary of extra minutes with the recent hamstring injury to Fred Van Fleet (FVV). He has responded reasonably well averaging 9.0 points, 4.0 rebounds, 5.0 assists and 1.7 steals.

McCaw doesn’t have any massive games in his arsenal. However, he will be a solid contributor in various categories. Nick Nurse said FVV will be out “a little while.” Therefore, if you are in a roto league, he is a great add until FVV returns.

Howard is a decent streaming option this week whilst Anthony Davis nurses a sore back. Howard has just signed a guaranteed deal with the Lakers and appears to be fitting in well in his role as a reserve.

The Lakers have been outstanding on defense. With Howard anchoring the first unit this week, you should see a good jump in his rebounding and block numbers.