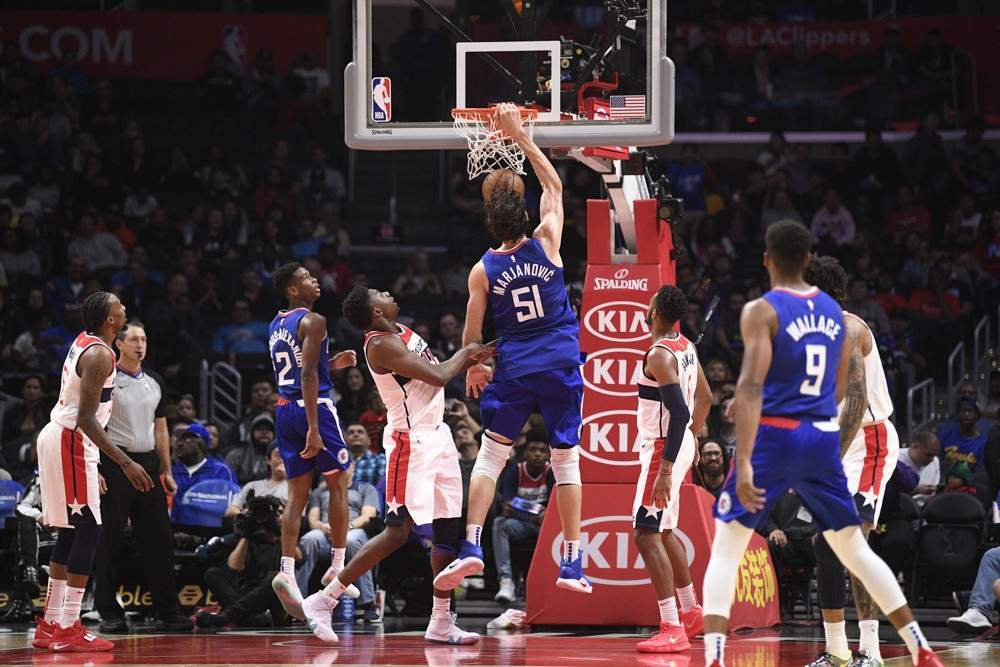 Week 4 of the NBA season is underway, which means teams are about to hit the 10-game mark. For fantasy basketball purposes, it means players now have a good enough sample size to base their outlook on the season. There are also some starting roles up for grabs this week, and a couple of these guys listed in my Fantasy Basketball Waiver Wire could stick around as starters permanently.

Pickup of the week:

Mitchell Robinson got his first career start against Brooklyn and has played well enough to keep Enes Kanter coming off the bench for now. He posted a double-double with 3 steals versus Dallas and followed that up with a modest 10-point, 6 rebound outing against Dwight Howard. Not bad for a guy who went a full year without playing professional basketball.

With Porzingis likely out for the year and short contracts, the Knicks are likely going to use this season as a mega audition for the future. Joakim Noah was stretched and Kanter has just this year remaining on his contract. Robinson has the inside track to take the center job and play next to KP. New York is going to be bad this year. Robinson can do a lot of what Kanter does at a cheaper price. If the Knicks fall out of the race early, this could be a showcase year for Mitch.

Robinson has unparalleled athleticism, which allows him to pull off stuff like this and this. He’s a nightly double-double threat with defensive upside and won’t destroy you from the free throw line (71.4%). Robinson is still available in around 60% of leagues. Fouls will be an issue (4.2 per 36) and his minutes might fluctuate depending on matchups. But he’s a player to own and stash if you’re punting threes and aiming to add defensive numbers. He should see minutes in the mid to high 20’s, provided he stays out of foul trouble.

The rookie has plus matchups this week, facing a Hawks team that allows the second most points per game in the league. He also faces fellow rookie Mo Bamba, Vucevic and the Orlando Magic. The real test comes Saturday when the Knicks visit the Raptors.

Shai landed in one of the best situations for a rookie outside the top 5 draft picks. The Clippers are in the talent acquisition stage of the rebuild. SGA got his first start on Monday for the ailing and struggling Avery Bradley. There’s a chance he holds on to the starting role from here on out. Until the Clippers start moving their assets closer to mid-season, SGA is a stash with upside.

He’s available in about 80% of leagues. But when a player like SGA who can give you points, rebounds, assists, and defensive stats in a position to lock up a starting role, fantasy basketball owners should pounce on the opportunity. His 10-point, 8-rebound, 7-assist, 2-steal performance against Washington shows his value on a good night.

Okogie has been seeing some action in place of Jimmy Butler and Andrew Wiggins and performed well enough to earn minutes in the rotation. He’s been shooting badly, but he makes it up with defensive contributions. The fact that he’s been getting just under 10 shots per game is encouraging. His 79% free throw shooting suggests his FG% should even out over time.

The 20th overall pick is owned in under 20% of leagues and should be a priority for Jimmy Butler owners. Okogie does have some stand-alone value though. He should see minutes in the 20’s with both Butler and Wiggins in the lineup, and up to mid-30’s if one of the wings were to miss time.

Also Keep an eye on:

Winslow has gotten a few opportunities on a banged up Heat squad recently. He put together a near triple-double against the Hawks in place of Goran Dragic and could be in line for more minutes. He also has some bad performances which make him the riskiest add of the week. Beware of the Heat’s injury report, though. Dragic and Whiteside are both listed as day-to-day and James Johnson is expected back this week as well.

I wouldn’t recommend going out of your way to add him, but if you’re in a deep league and need a player with a four-game week, by all means, give him a look. Winslow has been generally disappointing since entering the league as the 10th overall pick in the 2015 NBA draft. He’s owned in about 25% of leagues.

Is it Boban time? The 7-3 center is getting a shot in the starting lineup with Marcin Gortat struggling. It will be interesting to see if Boban can restrain the fouling and keep hold of most of the center minutes in LA. The Clippers are also very high on Montrezl Harrell. His age fits the timeline of LA’s youth project so he’ll get his fair share of looks, especially if Boban racks up fouls.

Boban has a cult following so he might be scooped up quickly. He’s already owned in about 35% of leagues. The Serbian has some pretty incredible per 36 numbers but also commits a lot of fouls. If you need a big who can stuff the stat sheet he could be an option for center-needy fantasy basketball owners.

Got a question about this week’s Fantasy Basketball Waiver Wire? Hit JP up on twitter @JPBalladier or give a shout out to @Fantrax

Also check out JP’s look at three of the top young stars of the Sacramento Kings.