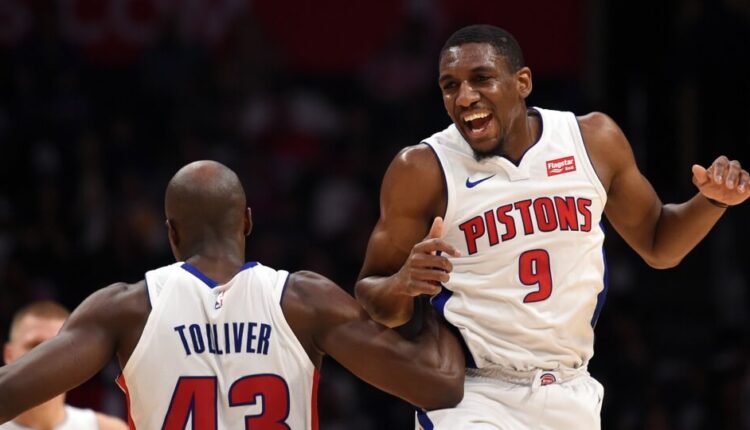 There are still some surprising players and teams early in the year, but most of the rotations seem to be settled now. Paying close attention to injuries, trades, and specific matchups will be the key to grabbing good value off the waiver wire from week five and beyond.

Below are five key players on your waiver wire to gain an advantage on your competitors.

The Pelicans have been hit hard with injuries this season and Williams has been the beneficiary of additional minutes recently. Williams started alongside Derrick Favors during the week and played over 30 minutes in back-to-back games. He should see at least 25 minutes a game until Zion Williamson is back which will mean good opportunity for some extra points, three-pointers, and rebounds and steals for your squad. Williams has averaged 9.7 points, 7.0 rebounds, 2.3 assists and 1.5 steals over the last week and I expect similar numbers for November. Favors went down tonight with a back issue, so this will further strengthen Williams’ usage for the Pelicans.

With a four-game slate in Week 5, Williams is the number one waiver wire addition for the week.

Monk is coming off a great past week, including a game-winning shot against the Pistons. His minutes have jumped to 25 per game and his overall fantasy value has improved as a result. Monk is becoming more comfortable in his role as the lead scorer off the bench for the Hornets. Not only is he scoring well, but he has been distributing the ball well also. In the last seven days, he has averaged 15.0 points, 5.2 rebounds, and 3.0 assists. Like Galloway, he isn’t contributing much in the defensive column with only 0.2 steals and 0.3 blocks per game this year. The Hornets have been a surprise this year, starting the season 5-5 and looking like an outside sleeper to get a playoff spot. The development of players like Monk will be key to their ongoing success. Monk is a solid add in deeper leagues

Galloway had a career night during Week 4, with 32 points, including 7 from 11 on three-pointers, 2 rebounds, and an assist. He has been a consistent contributor for the Pistons off the bench and has been able to get more open looks with the return of Blake Griffin. Galloway appears to be entrenched as the other main scorer off the bench alongside Derrick Rose. He is a good addition to your squad if you have a need for points and three-pointers. However, Galloway doesn’t do much outside of score and shoot the long ball, so ensure you take that into consideration for Week 5.

Anthony is a speculative add for the sluggish Blazers this week. He hasn’t passed his physical examination yet but is expected to suit up early in Week 5. Melo will add a much-needed scoring punch to the Blazers bench, but time will tell if his lack of defense will be tolerated by Coach Terry Stotts. Remember, Anthony is 35 years old and his best years are well behind him. If Carmelo can contribute 15 to 20 solid minutes off the bench and be a reliable spot-up three-point shooter, he could have some longer-term value in deep leagues. If you are hunting for some points and rebounds on the waiver wire, Melo might be your guy in week 5 and beyond.

Len has finally started to get going for Atlanta. He was an early-season sleeper but hasn’t lived up to the promise until last week. He had a great game against Phoenix scoring 21 points, with 10 rebounds an assist and a three-pointer, after a solid 17 points and 7 rebounds against Denver the game prior. Len will provide three-point shooting from the center spot, which is still relatively rare, even in a league that is shooting more three-pointers than ever. John Collins is still out for at least another month, so Len should be seeing at least 20 minutes a game for the foreseeable future and is a decent week five waiver wire addition.