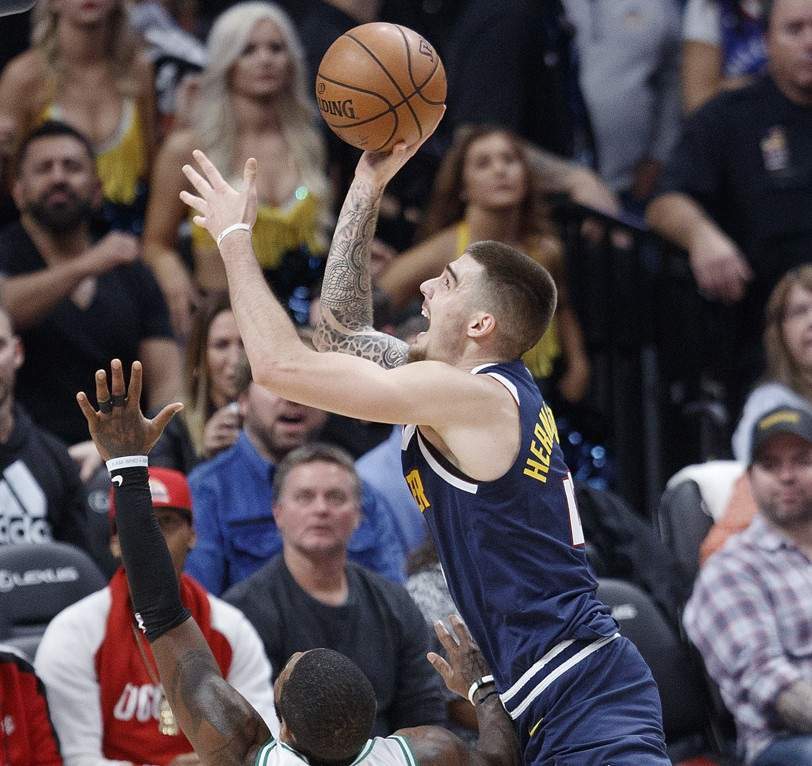 Week 5 of the fantasy basketball season is complete, and so begins Week 6. As the season evolves, injuries become more and more prominent. Whether to hold or stash a player becomes a tougher question to answer every week. Streaming can be crucial to navigating your way through these tough times and subsequently, being able to survive the fantasy basketball landscape. Let’s take a look at a few players who might have sneaky categorical value for week six.

Hernangomez has solidified himself as the starting small forward for the Nuggets, providing him with a nice opportunity. He has played at least 30 minutes in each of his last four games, averaging almost 15 points per game. Across his previous two games, that average sits at 22.5 points per game. Will Barton (groin) is still some time away from a return meaning Hernangomez is the player to own.

Ownership is up 16.9 percent from last week, putting him on 33 percent of rosters across all formats. His stock appears to be on the rise and with four games this week, he is worth streaming in most leagues.

Davis, much like Tyson Chandler, provides rebounding and rebounding alone. He appears locked in at around 20 minutes per night but certainly has the ability to rack up boards in a short period. Across four games last week, Davis compiled a total of 39 rebounds in just 72 minutes on the court. Jarrett Allen has a knack of racking up fouls quickly, giving Davis an assured role moving forward.

Davis should be available in almost 75 percent of all leagues and with his limited skill set, won’t suit every team. If you are stashing someone like Kevin Love (foot), Davis could help cover the loss suffered in the rebounding department, boosting your team’s fantasy production.

The Nuggets are still awaiting the return of Isaiah Thomas (hip) which has paved the way for Morris. The hope was that Morris would see some minutes off the bench, filling a need as required. His production has exceeded expectations, rewarding him with a substantial role on a nightly basis. He handed out 10 assists against the Bucks on November 12 and since then has averaged almost six per game.

Morris is on 39 percent of rosters, however, much like his aforementioned teammate, that number is up 17 percent across the last week. He is seeing regular minutes in the high 20’s which should provide him ample opportunity to rack up the dimes.

It’s hard to go past Harrison again this week despite his lack of consistent production in any other fantasy category. The Bulls are a mess at the point guard position which gives Harrison added incentive to play well during his time on the floor. Kris Dunn (knee) is likely still a couple of weeks away from a return. Upon his return, the backup spot is going to be up for grabs. Ryan Arcidiacono has been starting but offers very little from a fantasy perspective. Harrisons defensive capabilities should hold him in good stead to secure the backup spot moving forward.

Harrison is still available in almost 90 percent of leagues meaning basically everywhere except the deepest of formats. Across his five games since entering the rotation, Harrison has racked up 14 steals. If you are prepared to take the risk, those are some tasty numbers.

Blocks are arguably the hardest category to stream in fantasy given the spacing in today’s NBA. Bridges has blocked five shots in his last three games, albeit in the absence of Trevor Ariza (personal). Ariza has rejoined the team and is expected to line up in their next game, which is a bit of a blow for Bridges. That being said, Bridges has played very well of late and may have earned himself additional playing time. He saw 26 minutes during the November 13 clash with the Thunder, in which Ariza played 29 minutes.

Although rostered in under 40 percent of leagues, Bridges fantasy stocks are on the rise. The impending return of Ariza does provide an element of risk with Bridges. However, risk versus reward is an element not far removed from streaming as a whole.

There is a decent chance Ellington makes three-point streaming his own come seasons end. Across his last seven games, Ellington has hit a total of 25 triples. Over the past two weeks, he is the seventh-ranked player when it comes to three-point totals. That puts him ahead of players like Kyrie Irving, Danilo Gallinari, and Robert Covington. Much like a lot of these players, Ellington offers very little outside of his streaming category. Though what he does, he does very well, ensuring he is a difference maker in all fantasy formats.

Despite his strong week, Ellington is still rostered in only 28 percent of leagues. That number is up just two percent from last week, meaning others could be yet to catch on given the depth in Miami. If its perimeter scoring you need, Ellington is your man.