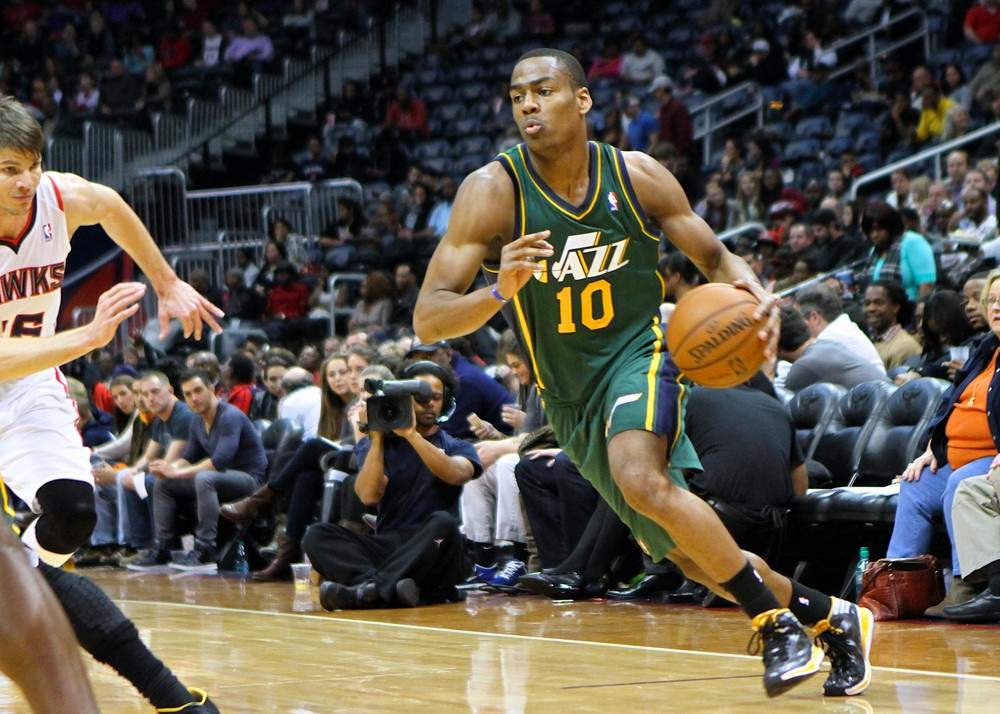 Two months of the fantasy basketball season have come and gone as we move into week nine, ample time for owners to have realized their strengths. Unlike week eight, 14 teams play four games whilst the rest all play three, thus providing plenty of streaming potential. Owners will need to keep an eye on the schedule, however, as there could be a number of days that see full rosters in action.

Burks came over to Cleveland as part of the Kyle Korver deal, giving him a great opportunity to play consistent minutes on a rebuilding team. Since arriving six games ago, Burks has played at least 22 minutes per game, increasing to 36 minutes across the last two games. He moved into the starting lineup for Saturday’s game against the Wizards and looked comfortable running with the first unit. Over his six games, Burks is averaging 14.3 points per game, all coming on double-digit shot attempts.

Burks is available in 65 percent of leagues but that number has increased by 11 percent compared to last week. The Cavaliers likely want to see what they have in Burks, ensuring decent playing time whether starting or off the bench.

Chandler de-thrones Ed Davis for this week’s strong source of boards, primarily because of the extra game played. Chandler’s minutes tend to fluctuate depending on the matchup which does add an element of risk. That being said, across his last six games, Chandler is averaging 9.8 rebounds per game. He provides plenty of energy off the bench but more importantly, a veteran presence for the young Lakers roster.

Chandler is only on 15 percent of rosters meaning there is a good chance he is available in your league. Much like Davis, Chandler provides very little outside of rebounding so should only be rostered purely based on your team’s needs.

Elfrid Payton (finger) remains sidelined for the Pelicans which should ensure Frazier plenty of opportunities. Since joining the starting lineup, Frazier is averaging 7.7 assists per contest which almost has him as a top 10 player in that category. His familiarity with the Pelicans offense has certainly worked in his favor, allowing him an almost seamless transition period. The minutes are there on a nightly basis and he is clearly ahead of Frank Jackson, as evidenced by his production.

His ownership has risen almost 20 percent from last week, however, he is still available in almost 70 percent of all leagues. Despite just three games this week, Frazier should still provide plenty of assists while also contributing in steals and field-goal percentage.

Brunson’s recommendation comes with a certain level of risk given his value is based around the health of Dennis Smith (wrist). Smith is listed as out with a ‘sore wrist’ which offers little insight to the exact nature of the injury. Given it has been an ongoing issue, there is a chance Smith is forced to miss additional time which would certainly benefit Brunson. Albeit a small sample size, Brunson has averaged 2.5 steals per game in the two games since Smith went down. He has also played 25 and 30 minutes respectively in those two games adding a combined 25 points and 10 assists.

Brunson is rostered in 10 percent of leagues meaning he is likely available in all but the deepest of formats. Smith is doubtful for Monday’s game at this stage and there is a chance he could miss the week. If you are prepared to take the risk, Brunson could be a sneaky add for this week.

The Denver Nuggets are currently without three of their regular starters due to injury, giving Plumlee a good look at extended playing time. Plumlee is likely not going to have a four-block explosion but can provide consistent numbers in about 20 minutes per night. Barring his last game, Plumlee had blocked at least one shot in 10 consecutive games, producing multiple blocks in five.

Plumlee’s ownership sits at about 37 percent meaning he is not going to be available everywhere. If he is floating around and you need some blocks, he is certainly worth a look. His strong passing game and high efficiency from the field ensure he is going to be a key piece in the rotation moving forward.

Daniels has certainly found his rhythm on the offensive end of the floor, resulting in him being the third-ranked player in three-point makes over the past week. Devin Booker (hamstring) is still yet to get through a practice meaning there is a decent chance he misses all three games this week. Booker has missed four of the past five games, playing just 17 minutes in his one foray onto the floor. Across those five games, Daniels has hit a combined 15 triples while seeing a consistent increase in his playing time.

Daniels is only on seven percent of rosters which makes him available just about everywhere. There is, of course, a chance he is benched if his shot is not dropping which is a little troubling. He is hot at the moment, however, and is worth a look given how bad the Suns have been lately.