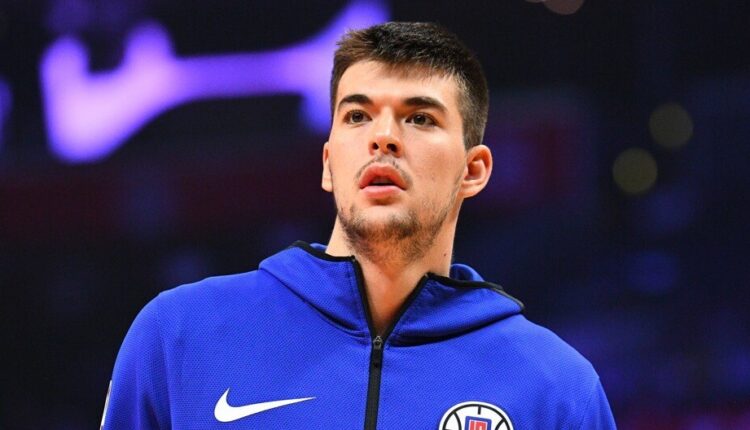 With the majority of fantasy basketball leagues starting their postseason this week, we have officially reached the point in the year when every decision could make or break your season. It’s win or go home now, so you have to do everything in your power to survive and advance as you work your way toward a championship. This makes it that much more important to stay updated on the latest NBA trends, especially concerning yourself with who is hot and who is not. Knowing whose stock is on the rise versus those whose stock is plummeting can make the difference between advancing to the next round or ending your season early, so let’s take a look to see some of this week’s biggest movers.

Yes, I talked about Trendon Watford last week. Yes, I’m going to do it again right now. After discussing how he was finally inserted into the starting lineup a week ago, averaging solid numbers across the board, the 21-year-old has gone out and had three of the best games of his young career. Watford topped 22 points in all three games, scoring as many as 27 against Washington, adding in 6.0 rebounds per contest along with 3 triples, 2 steals, 5 blocks, and only 1 turnover. If he kept up this pace the rest of the way, he’d be a top-25 player in the league down the stretch, which is pretty impressive for a guy who is inexplicably on less than 50% of all rosters at the moment. Watford is a young, talented player on a rebuilding team with shockingly little depth in the frontcourt, and he is going to have every opportunity to shine down the stretch. His stock continues to rise by the day with no signs of slowing down.

After seeing 30 or more minutes in each of his last three games, an unfortunately rare occurrence for the Clippers big man, Ivica Zubac has dominated on both sides of the floor for Los Angeles. The 24-year-old has produced three double-doubles, averaging 20.7 points, 13.7 rebounds, and 1.7 blocks, doing so on an extremely efficient 67% from the floor. The Clippers continue to win games, and Zubac remains a major part of that, so the minutes seem likely to hold steady down this final stretch of the season. As a result, Zubac should continue to produce top-50 value over these final few weeks, and his stock should keep carrying up with each strong performance.

Thanks to a number of injuries to Minnesota’s frontcourt, Taurean Prince appears to be looking at consistent minutes in the high 20s or possibly even low 30s, making him a viable fantasy option over the next couple of weeks. Jaden McDaniels spraining his ankle, paired with injuries to Naz Reid and Jarred Vanderbilt have resulted in Prince’s stock making a leap into relevancy, as the veteran forward has now seen 26 minutes per game across his last two contests. In that span, Prince has averaged 12 points and 3 rebounds, adding on 2 threes and a steal per game. While still not the most exciting player in the world to have on your roster, Prince offers some nice 3-and-D potential with the ability to occasionally go off in the scoring column. With teams keying in on Towns, Edwards, and Russell, Prince should now have plenty of open looks from beyond the arc, and his value could be tremendous if he is able to capitalize on those chances. The veteran is certainly worth a look while the Timberwolves remain this banged up.

After a fantastic season for both the Bucks and your fantasy team if you have him on your roster, Bobby Portis appears to be looking at a dip in production at the absolute worst time of the year. Aside from dropping two duds in a row with a combined 11 points on an ugly 5-for-19 from the floor, Portis must now deal with the return of Brook Lopez, who had missed the entire season until now as he recovered from back surgery. Lopez played 15 minutes in his first game the other night, but those minutes are undoubtedly going to slowly ramp up, which will almost definitely lead to a slow decline in minutes for Portis. Obviously, the big man has been impressive enough this season that his fantasy value won’t simply evaporate into thin air, but his numbers will undoubtedly take a hit. For the sake of his fantasy value, we can only hope that Lopez is eased back very slowly, but his stock is on its way down either way.

After seeing major minutes and having some really solid performances over the past couple weeks, Isaiah Roby’s momentum was stopped fast, posting two major duds in a row while seeing just 16 and 9 minutes in each contest. The young big man combined for 6 points and 8 rebounds between the two games, adding a lone block and absolutely nothing else to show for it, adding some serious question marks to his rest-of-season value. In theory, Roby is a young player of the future for OKC, so this is the time of the year when he should be unleashed, but this no longer seems to be the case. The fact of the matter is that the team’s rotations are a revolving door at the moment, and it is nearly impossible to predict who will have a big game on which night, severely hurting Roby’s fantasy value as a result. While he will likely have a few more solid games before the season is over, this type of wild inconsistency has brought the 24-year-old’s stock down significantly during this crucial time of the year.