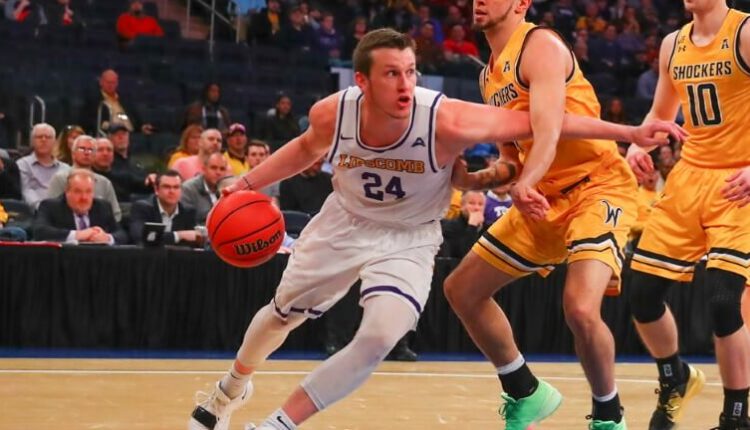 As the NBA season continues to work its way through the month of December, the only true constant is that injuries and covid-related absences are continuing to pile up. As a result, a number of players are seeing their stock shoot up or down, depending on whether they are the players being forced to miss time, or if they are the ones getting some extra run as a result. Either way, as someone managing a fantasy basketball team, it is crucial to stay on top of these trends and take advantage of those whose stock is on the way up. So let’s dive right in and take a look at some of this week’s biggest names.

After a pair of limited seasons with the Wizards that flashed just enough value to remain on an NBA roster, Garrison Mathews has taken advantage of his time with the Rockets this season to flourish into one of their most important players of late. Making his season debut on November 15th, Mathews looked decent in limited minutes off the bench, before being thrust into major minutes due to the injury suffered by their superstar rookie Jalen Green. Mathews has taken full advantage of the opportunity, sending his stock through the roof in the process. Averaging nearly 33 minutes per game across his last six contests, the 25-year-old is averaging 15.7 points, 3.7 rebounds, and 3.8 threes in that time. Mathews has reached double figures in all of those games, knocking down multiple triples in each of them as well. Moreover, the team has won all six of those games after losing their previous 15 contests before Mathews started seeing such big minutes. Now, to say that Garrison Mathews is the sole reason for a team going from 15 straight losses to six straight victories would be a little insane. But to say that he hasn’t had a significant impact on the team would be just as crazy. Mathews is truly making a difference for his team when he’s on the floor, and his minutes appear quite safe as a result. His stock, along with that of the Rockets team in general, continues to rise.

After barely seeing the floor over the first month and a half of the season, Oshae Brissett has seen his minutes climb in each of his past three games, Seeing the court for 18, 21, and 29 minutes, Brissett managed to put up 8.3 points, 5.0 rebounds, and 2.0 threes, dropping 12 and 8 in his most recent performance. While these numbers are still less than spectacular, both his minutes and stock are clearly on the rise, and the potential is very enticing looking a bit down the road. Still just 23-years-old, Brissett averaged 11 points per game last season, adding the rare trio of a steal, block, and a triple per contest. He is more than capable of producing solid across-the-board production, and the Pacers appear ready to see what they have in some of their younger talent. Currently 13th in the Eastern Conference, they have announced that they would be open to hearing offers for their big-name players, including Caris LeVert, Domantas Sabonis, and Myles Turner. If any or all of these players get moved sometime in the near future, it could open up a lot of playing time and opportunity for Brissett to show what he can really do in an expanded role, but even without those moving pieces, his role looks poised for a huge increase in the coming weeks. They have nothing to lose by seeing what the talented youngster can do, so his minutes and production could see another major bump in the very near future.

The Portland Trailblazers are currently being ravaged by injuries, and Dennis Smith Jr appears to be the biggest beneficiary. The fifth-year point guard’s stock is sky-rocketing as a result of injuries to both starting guards in Damian Lillard and CJ McCollum, and Smith is no stranger to putting up some huge stat lines. In 38 minutes per game across his last pair of contests, Smith is averaging 17.0 points, 5.0 rebounds, 6.5 assists, 2.0 steals, and 1.0 triple, shooting 50% or better from the floor in each. And while the Blazers got blown out in both of those games, nobody rostering Smith in fantasy hoops cares even in the slightest. With these ridiculous minutes almost a lock until at least one of Lillard or McCollum returns to action, the 24-year-old should have no trouble continuing to produce monster lines as he already has in these last two games.

Bobby Portis has been dominating for much of the season in his increased role, but now his stock has reached even greater heights due to Brook Lopez undergoing surgery on his back. It was presumed that Lopez would be back possibly as soon as this past week, which would have significantly reduced Portis’ workload, but the big man will now remain locked into the starting five and continue to see major minutes indefinitely. Portis is easily having the most productive season of his seven-year career, averaging 15.0 points, 9.2 rebounds, 0.8 steals, 1.0 block, and 1.9 threes per game. And with seven double-doubles in his last ten games, his confidence is only continuing to grow as he further cements himself as the big man in Milwaukee moving forward. He has always brought tremendous energy and solid per-minute production, but with his minutes now a lock to sit in the low 30s, he is looking like one of the biggest steals in fantasy hoops this season. He is showing no signs of slowing down any time soon.

After a fairly unproductive start to the season, Eric Bledsoe has been demoted to a bench role with the Clippers, and things have gotten even uglier for the veteran. In four December contests, Bledsoe has seen fewer than 20 minutes in each of them, failing to reach double figures in any of them, while averaging just 5.0 points per game with one made three across all four games. Turning 32 tomorrow, the athleticism-focused guard is seeing both his abilities and production diminish more and more each season, to the point now where he brings almost nothing to the table, especially in fantasy hoops. Perhaps he can turn back the clock here or there for a big game on occasion, but it looks as though his days of fantasy relevance are over. His stock is free-falling.