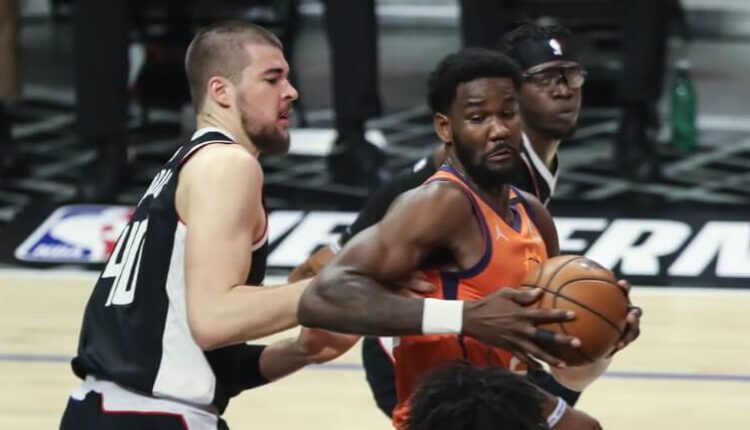 We’re back with another weekly Fantasy Basketball Stock Report, where we take a look at a handful of players who have stuck out recently, for better or worse. In a number of cases, it’s a player who has carved out a more significant role with his team and has capitalized on the opportunity. In other cases, however, players have potentially lost an opportunity they might have once had, or maybe they’re simply not performing at the level we expected from them. Either way, their stock is on the move, and we’re here to evaluate it. So let’s dive right in and examine some of these players who have made a major impression over the past bunch of games.

I realize that starting this off with a 33-year-old backup point guard isn’t the most exciting thing in the world. But Patrick Beverley is actually playing really good basketball. And his coach loves it. Chris Finch has given Beverley 28 minutes per game over the past week, choosing to pair his defense with the offensive firepower of D’Angelo Russell, and it somewhat surprisingly seems to be working. Beverley has taken advantage of the opportunity to play his best basketball in a long time, averaging 10.8 points, 4.5 rebounds, 5.5 assists, 1.8 steals, 2.0 blocks, and 1.5 threes per game over his last four games. And the Timberwolves, who were 4-9 on the season prior to this past week, won all four of those games! So Beverley’s minutes certainly aren’t going away any time soon. This means we can expect a whole lot more of this solid production, especially the steals and threes which he is more than capable of racking up when given this many minutes. Patrick Beverley hasn’t been fantasy-relevant in a while, but it’s time to take advantage of it while you can because his stock is trending straight up.

Josh Hart has always been a super consistent role player in the NBA, but this year he has taken advantage of more offensive responsibility, and the result has been a top-100 fantasy season for the 26-year-old. Hart has shown great improvement in both his shooting efficiency and his playmaking abilities, and his numbers have continued to improve throughout the first month of the season. With a strong shooting line of 51.1/37.8/80.0 on the young season, Hart has been able to produce the best numbers of his career. Over the past two weeks, the former Villanova star is averaging 11.5 points, 6.1 rebounds, 4.4 assists, 1.4 steals, 0.6 blocks, and 0.9 threes. And not only is he producing consistently, but he seems to be taking over the game in a different way each and every night. After going off for 11 assists one game, he followed that up with two double-doubles with points and rebounds and then recorded three steals and three blocks just three nights later. His ability to contribute across all categories makes him a very valuable piece in fantasy hoops, and these monster lines should continue indefinitely with no clear timetable regarding the return of Zion Williamson. Hart’s stock continues to rise.

Deandre Ayton has always had the talent and potential to be one of the best big men in the NBA, but he has struggled with consistency and possibly even motivation over his first three seasons in the league. Now in year four, however, the 2018 first overall pick has looked every bit the dominant center that people knew he could be, and the result has been the Suns winning 13 games in a row. On top of that, Ayton is putting up some of the best numbers of his career, and he has shown no signs of slowing down. Over the past month, the seven-footer is averaging 18.1 points and 13.5 rebounds with a steal and a block per game, shooting a ridiculous 66.3% from the floor. And seeing just 30 minutes per game, there is even more room for growth if the minutes grow to match or surpass those of his last two seasons. If Ayton stays motivated, the sky is the limit for the 23-year-old big man. His stock is on the rise.

After looking like a very useful contributor to fantasy teams over the first couple of weeks of November, Thaddeus Young appears to have fallen back out of the Spurs rotation entirely due to the return of Jakob Poeltl. The veteran has seen his minutes drop to just four and five minutes over the last pair of games, rendering him useless until he is somehow able to find his way back into the rotation. Coach Pop has spoken about how he doesn’t like the spacing Young brings to the floor with Poeltl clogging the paint, meaning he might need another absence from Poeltl in order to see the floor for any sort of extended minutes again. As a result, Thaddeus Young’s stock has hit rock bottom until further notice.

After jumping out to an incredibly hot start to his rookie season, Chris Duarte has cooled off dramatically, and his stock is quickly on the decline. Beginning the year with nine straight games of double-digit scoring, Duarte has failed to reach double figures in six of his last eight contests, including his last four. As a result, Duarte has gone from seeing over 30 minutes per game in the starting lineup to now getting just 23 minutes per game over the last two weeks and only 20 minutes across the last week. Most recently being benched in favor of Justin Holiday, it is clear that Duarte will not be matching his early-season production any time soon. The 24-year-old rookie is shooting an ugly 36.4% from the floor and 25% from the free-throw line over the past two weeks, good for just 7.8 points, 4.0 rebounds, and nothing else to speak of in any other meaningful category. Duarte has the talent and athleticism to find relevance again one day in the future, but that day unfortunately does not seem to be coming very soon.